How to use lakes to eradicate poverty in Nigeria – UNILORIN Don 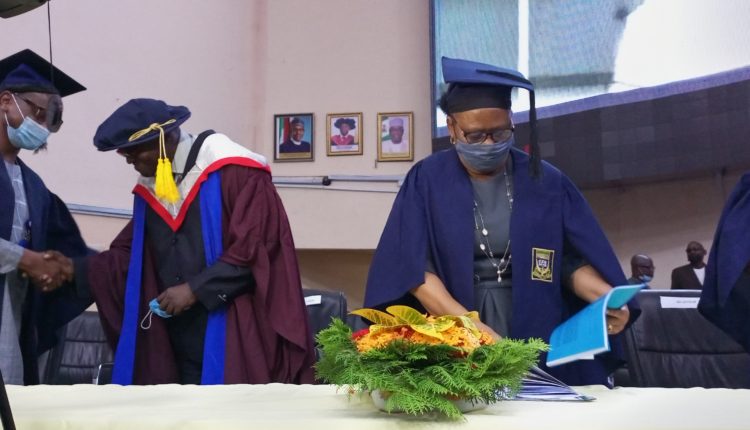 A Professor of Zoology at the University of Ilorin (UNILORIN), Moshood Keke Mustapha, has drawn the attention of relevant stakeholders to the possibility of the exploration of dams, otherwise called man-made lakes, towards reducing poverty in Nigeria.

Delivering the university’s 210th inaugural lecture, titled, “Man-Made Lakes: A Means of Eradicating Man-Made Poverty” in the university on Monday, Professor Mustapha said that dams, which are sources of dependable water, can be effectively used to curb the spread of more pernicious poverty if they are properly managed.

He said that available facts and figures have shown that the availability, proximity, quantity, and quality of water are closely associated with the incidence of poverty.

The don, however, explained that despite the huge availability of water, only one percent of it is fresh water, which is usually impounded by man in lakes, reservoirs, ponds, and other impoundments for his benefit.

Professor Mustapha, who is a former Head of the Department of Zoology, University of Ilorin, contended that the diverse use and increasing demand for freshwater and its resources as a result of expanding population have put enormous pressure on its supply, quality, and quantity, which in turn is making it to become the world’s most precious resource.

Despite its significance to human survival, the renowned scholar lamented that water remains the most mistreated and ignored natural resource as he raised the alarm that if care is not taken water may, by the next century, become much more scarce in Nigeria.

Warning of a possible water-induced crisis of an unimaginable magnitude and dimension, the inaugural lecturer explained that if proper actions are not taken the ensuing conflict surrounding its usage may precipitate an endless war.

He, therefore, suggested that effective measures must be put in place to ensure that certain percentages are allocated to various uses of the lake.

The don proposed that water for drinking and industrial supplies could be allocated 50 and 20 per cent respectively while irrigation, fishing, recreation, and other uses could be allotted the remaining percentage of the daily water budget and lake usage for peace and tranquility to prevail.

The academic also proposed what he called “regulated water withdrawal” and the establishment of minimum flow levels in the lakes especially when used for irrigation in the dry season. He added that the use of integrated Water Resource Management could also be an appropriate water management tool for the use and delivery of water resources to users.

Professor Mustapha canvassed the water conservation procedure, saying that water resources must be managed by stakeholders including end-users.

He, therefore, encouraged relevant authorities to ensure that potable water is supplied to homes, streets, and public spaces to ensure the availability of water for all and avoid the development and spread of waterborne diseases and their attendant negative impact on the nation’s socio-economic life.

He also suggested that every effort must be made to ensure optimal utilisation and performance of man-made lakes through the prevention of any occurrence that could erode their functions. To do that, the Inaugural Lecturer recommended that farms and houses should not be sited far away from the lake watershed.

Prof. Mustapha also suggested that culture fisheries should be strengthened in the lakes through high-level management, fish stocking, and cage aquaculture. He said that if properly done, it could prevent the continuation of record of up to 2.4 million tons of yearly fish deficit in Nigeria. He added that if that is done, the country would be saved about $1.8 billion of foreign exchange used in fish importation.

In order to facilitate the economic progress of the country, the inaugural lecturer canvassed the superimposition of guided recreational activities such as sport fishing, angling, swimming, diving, boating, bird watching, sightseeing, picnicking, and camping on and around the lakes. He explained that if that is done, the process will generate countless employment opportunities, greater income, more revenue, and fascinating tourism.

Professor Mustapha also suggested collaborative researches involving all water-related sciences, social sciences, and engineering across the nation’s universities and research institutes for sustainable exploitation and management of man-made lakes water and their resources.

He opined that the collaboration would bring about the cross-fertilisation of knowledge on how water resources and their adjoining businesses can be improved upon for the benefit of all.