How to tackle teenage pregnancy 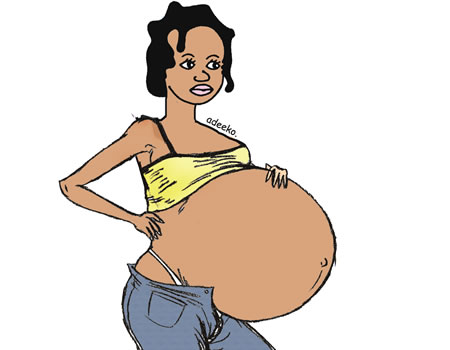 Teenage/Adolescent pregnancy is pregnancy among female less than 19 years, mostly caused by  lack of information about sexual and reproductive health and rights. According to the World Health Organization (WHO), about 16 million girls aging between 15 and 19 years and about one million girls younger than 15 years give birth every year.

Teenage pregnancy is also caused by peer pressure, lack of education and information about reproduction. We also have poverty induced pregnancy.

Teenage pregnancy could cause a lot of harm to the unborn child and the mother. It could lead to premature birth, high blood pressure on the mother’s side, complicationswhich could lead to infant death, and possible greater risk of cephalopelvic dispropotion.

Parents and guardians should educate teenagers on sexual and reproductive health and rights, encourage them not to have sex and if they should, they should use effective birth control to prevent pregnancy, they should also be advised to protect themselves against sexually transmitted diseases. Government should also initiate programs to educate, enlighten and create awareness on sexual health.