How to prevent violence in Edo, other states —Joshak, ex-DIG 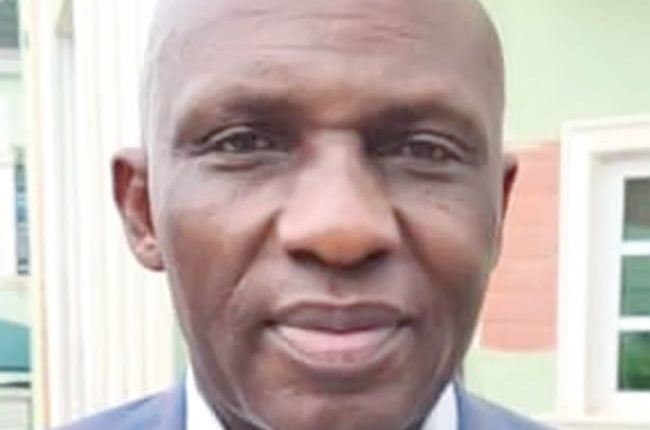 In this interview, retired deputy Inspector General of Police, Habila Joshak, says it is possible to pick up early warning signs and prevent electoral violence. He speaks about the forthcoming election in Edo and also shares his experience from over 30 years of policing, during which period he was in charge of Operations and election security management: Excerpts by SULAIMON OLANREWAJU.

What motivated the authors of a book they wrote in your honour?

The editors and authors of this book were motivated by multiple questions with regards to election related violence that seems to have become a systemic event in our dear nation. And given the fact that I was deputy Inspector General of Police (Operations) in which capacity I coordinated the officers and men of the NPF on series of off-circle election duties, the editors and authors of the book considered it worthwhile to not just honour me but actually to echo their observations and advocate for reforms where necessary.

Share with us some of your most challenging experiences when you were in charge of election security management in Anambra, Ekiti or Osun?

Recall that Anambra State is an All Progressive Grand Alliance ( APGA) controlled state, prior to the 2017 governorship poll, the Governor, Willie Obiano, affirmed total confidence in the police, and other security agencies, and as such integrated us all timely with security threads and feeds, in line with the administration’s unrelenting efforts in enhancing security, before, during and after elections for mutual coexistence and overall growth of the state and beyond. The only challenge faced was that the governor at some-point felt unsafe when his Chief Security Officer (CSO) was partially withdrawn on the ground of neutrality and to ensure that no police officer was seen wielding gun to intimidate voters under the guise of protecting the governor. Though the IGP subsequently gave directives for the reinstatement of the CSO to the governor but in strict compliance of election protocol and thereby fostering a level playing ground for all parties and candidates alike. In all, I can say that there was full cooperation from the government and people of Anambra during the poll. As the lead agency on election security, the Police team was on-ground 10 days ahead the poll, and off-cycle election, we had sufficient men, training, threads and threats analysis. Unlike Anambra, Ekiti State poll was very challenging and more cumbersome owing to the controversial attitude by the then incumbent governor. He initially failed to cooperate by disclosing his fears and overall security challenges of his administration as applicable. Rather he saw the police as an agency on special mission to uproot and install a governor. The election was faced a series of controversies. At some point, the governor issued a press statement against the police. He even declared his party candidate winner before the election results were collated by the Independent National Electoral Commission (INEC). His attitude almost triggered violence as he had thugs armed with fuel and other dangerous substance, with the intention to set the state INEC office ablaze under the guise that their party candidate’s mandate has been stolen.

There is the widespread belief that the government in power often uses the police to perpetrate violence and electoral fraud. What was your experience?

That “widespread belief” is not based on facts or supported by evidence. The Police is not established for any individual, group or certain persons but rather for all, hence the name, the Nigeria Police. Though some bad eggs at times based on sentiments or whatever that is best known to them may seem to compromise or dance to the will of a given politician, again it remains an individual syndrome and not collective or the through stand of the Nigeria Police that has constitutional mandate of law enforcement.

Did you ever face a situation where the incumbent party or government in power wanted you to act in its favour?

That I was the Deputy Inspector General, Operations, and at the frontline of election security management, does not make me the boss! The NigeriaPF has the Inspector General of Police as the head of its leadership. So such situation shouldn’t even arise. I have my integrity to protect, as such must align with the ethics of my profession. Also, I consider it a very difficult task for an officer in the position of IGP down to the COMPOL to be partisan having put over 20 years in the service! Of course, we have our individual differences and shortcomings but the Nigeria Police has always existed and continue exist, to enhance security of electoral process for all. Again it’s practically impossible for me to use my position to influence or favour an incumbent party or government. The operational structure of Nigeria Police Force already makes such impossible.

How can the security agencies be more accountable, especially during elections?

Security agencies have remained accountable during-elections. The police have remained more accountable to the extent to which responsibilities are saddled upon her men as the lead security agency. Don’t forget that officers and men of the Nigeria Police Force often fall victim of election violence. It could be argued, and I stand to be corrected that security agencies in Nigeria face more risk during election than any other group or individuals.  Hence, the Police can be more accountable, when the process is allowed to function unhindered and electoral officials perform their duties effectively.

What lessons from the book can help mitigate electoral violence in Edo or in any of the other states with forthcoming off-cycle elections?

Numerous lessons exist in the book from chapter one down to 15. Given the fact that the book is a collection of articles from scholars of diverse background – history, political philosophy, law and security – who are all key stakeholders in the Nigeria project, suitable recommendations were made as applicable to the challenges of today and the predictable future.

What are some of the early warning signs of potential violence before an election?

In Edo, for example, there have been threats of violence by the major parties, forcing the Independent National Electoral Commission (INEC) to threaten that it might call off the poll. Are the stakeholders – especially politicians – doing enough to heed early warning signs?

The development and tension in Edo has a lot to do with both internal and inter-party crises that surrounds the emergence of both the APC and PDP standard bearers respectively. In fact, the scenario in Edo is that of cross-carpeting or swapping of party candidates with reference to 2016 poll. But again, the police and other security agencies are dealing with the situations. The frontline candidates of the parties are also now embracing peaceful conduct and campaigns.

What can be done to raise the confidence level between voters and the security agencies?

Security agencies are not being deployed from another planet or country. But rather aside their service to the nation, they are parents, siblings, uncles, relatives, neighbours and friends of voters. Hence confidence is built when both the voters and security agencies admit and uphold the inherent mutual relationship that exist.

What, in your opinion, is the single most important message in the book?

As Obaseki raises the stake ahead Edo 2020