How the Mighty Fall: And Why Some Companies Never Give In 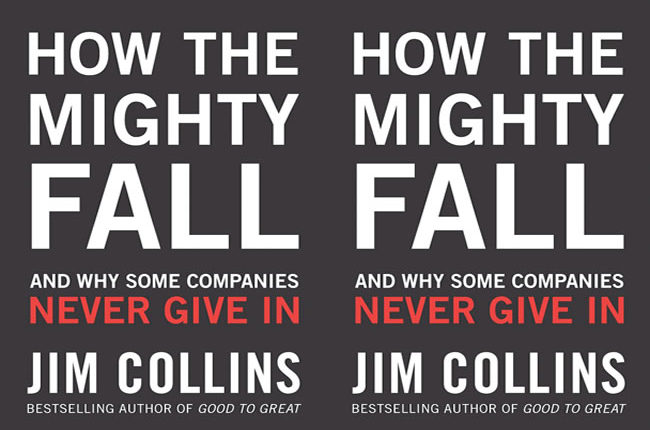 Every great institution stumbles at some point in its history. All companies, no matter how established or successful, can fail. The crucial questions are, “how do you know if you’re on the verge of a decline”, and “how can you turn things around”? Through four years of research, Jim Collins discovers that most great companies fall through five stages of decline, which can be detected early and avoided. In this review of “How the Mighty Fall: And Why Some Companies Never Give In”, we’ll give a synopsis of each of these five stages of decline, and how to prevent, detect or reverse the decline before it’s too late.

Jim Collins’ bestselling books, “Good to Great” and “Built to Last” looked at how good companies broke away from the rest to consistently outperform the market, and how visionary companies like Disney and 3M lasted the test of time to lead and shape their industries. Yet, some of these great companies (e.g. Merck, Motorola) eventually fell. This book builds on earlier research to uncover what happened, and to identify if such decline could be foreseen, avoided or reversed.

Here are the five sequential stages of decline in a nutshell.

All great companies stumble at some point, e.g. IT, IBM, Nordstrom, Disney, Boeing, HP, Merck. So long as you haven’t fallen too far to run out of options, you can still refocus and rebuild, one step at a time.

Leadership and the ills of shortcuts