Arts and Reviews
By Johnson Iyiola Odunewu On Sep 10, 2020 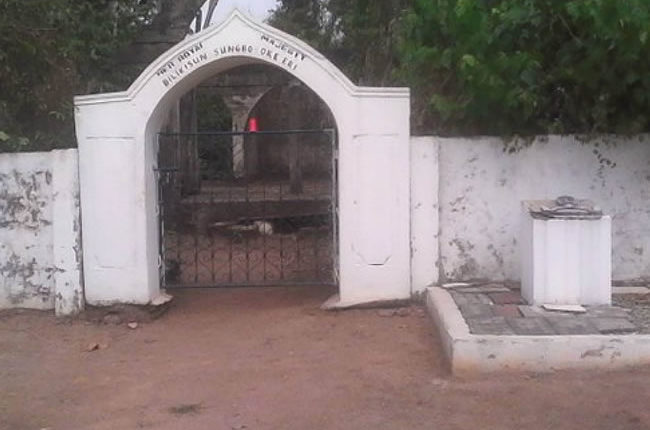 NIGERIA’s tourism potential encompasses the natural and cultural resources. To achieve an overall economic growth, tourism, which is a crucial factor towards achieving an inclusive national economic growth, needs to be sincerely developed.

Like numerous other cultural resources in Nigeria, the Sungbo Shrine is well positioned to contribute to tourism development in the country if its potential is properly harnessed.

Therefore, this piece addresses the tourism potential/cultural significance of Sungbo Shrine in Oke-Eri, near Ijebu Ode in Ogun State.

It examines the various challenges facing the centre over the years and proffers solutions for the way forward.

The people of Oke-Eri, where the shrine is located, according to oral account, migrated to their present location from Ijebu-Ode at an unknown period. This might have been due to internal rivalry, which led to a war as a result of succession dispute to the throne of Awujale of Ijebuland.

The Oke-Eri people left Ijebu-Ode in anger and migrated southward to their present abode as refugees.

The people belong to the Yoruba ethnic group and they speak the language with Ijebu as their main dialect. Today, there are people from other parts of the country living among the Oke-Eri people.

Christianity and Islam have large following in the area, while there are also traditional religion faithful whose prominent festivals include egungun, agemo, oro, among others.

According to oral account, the Sungbo was said to be the Biblical Queen of Sheba. She was an Arab and one of the numerous wives of King Solomon. Later in her old age, she came to Africa and finally settled in Oke-Eri, where she died and was buried.

The Bible is, however, silent on whether the Queen of Sheba ever got married to King Solomon. Another account explains that Sungbo was a wealthy woman and a leader of a group of women porters at Oke-Eri.

In her lifetime, she had many slaves who worked for her in the pottery business. She was credited with supernatural power that she used several slaves in digging wells with needles or kitchen knives.

The wells can be found throughout the area and are generally referred to as Odo Sungbo (Sungbo’s well).

Moreover, the Sungbo Shrine in Oke-Eri is blessed with a lot of tourism potential to behold. These include Sungbo tomb, Sungbo wells, prayer ground, among others.

Sungbo tomb is sheltered by branches of trees which give the tomb a permanent shade. The tomb is never swept, yet it is very clean at all times.  No weed grows on the spot and no fallen leaf rests on it.

The grave had, in the past attracted the attention of European tourists and researchers alike.

This potential has resulted in the recognition of the shrine as a tourist resort; thus the tomb became a cultural and religious site and was declared a national monument on December 15, 1964.

In addition, the Sungbo well is another mystery that makes the shrine stand out. . The wells are found throughout the study area.

While the wells help in providing drinking water to residents of Oke-Eri, the water also serves medicinal purposes for various illnesses. It has been claimed that the well is always full, even during the dry season.

The Sungbo ground has also become a festival ground to all religious tourists who converge there to offer prayer and also seek the favour of the spirit of the deceased.

The shrine has the potential of becoming a ‘Mecca’ or ‘Jerusalem’ of sort in Nigeria where people will visit from all over the world.

Now, there is the need for the Oke-Eri community, the Ogun State government and the National Commission for Museums and Monuments to support the site in terms of adequate funding to be able to function effectively.

There should also be provision of infrastructural facilities and sustainable publicity campaign about the shrine.