How Sowore escaped lynching during #EndSARS protest at National Assembly 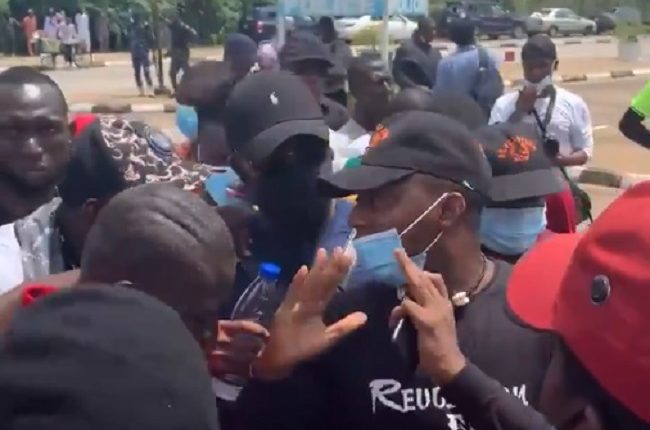 Hundreds of #EndSARS protesters mainly youths who thronged out en-masse on Thursday mobilized against the convener of #RevolutionNow, Omoyele Sowore during the peaceful protest which took place at the National Assembly main entrance, which shared boundary with Federal Secretariat.

The protesters, who converged at the Unity Fountain beside the Transcorp Hilton Hotel, displayed various placards with the inscriptions #EndSARS, chanted solidarity songs to vent their views.

A split of the protesters was also deployed to demonstrate at the major roads leading to the State House, Department of State Security (DSS) headquarters, the office of the Secretary to the Government of the Federation (oSGF) and National Assembly on Thursday. 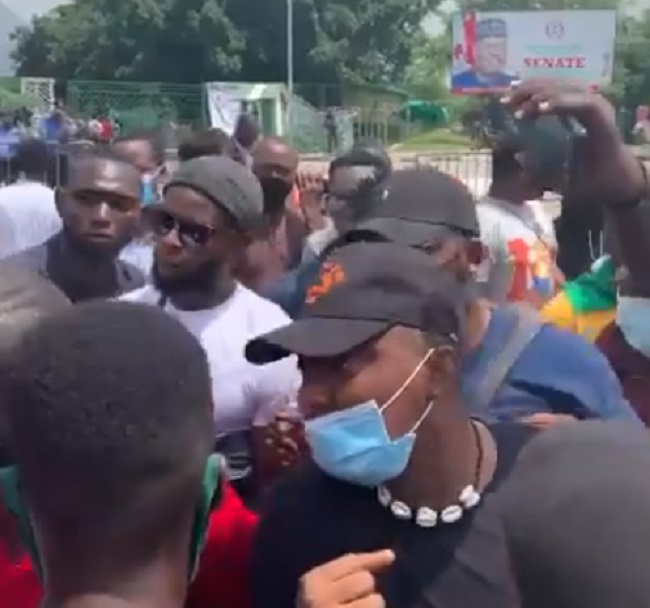 On arrival at the SGF gate, the security officers on sighting the protesters hurriedly locked the gate to prevent inflow and exit of vehicles into the oSGF and National Assembly complex.

A handful of Nigeria Security and Civil Defence Corps (NSCDC) were also seen patrolling the protest area and giving intelligence report to their superiors.

Some of the protesters were seen conveying packs of snacks, fruit juice and soft drinks.

While some of the protesters accosted motorists who plied the route to Federal Secretariat, others sat and lie down on the dual carriageway thereby preventing the free flow of vehicles.