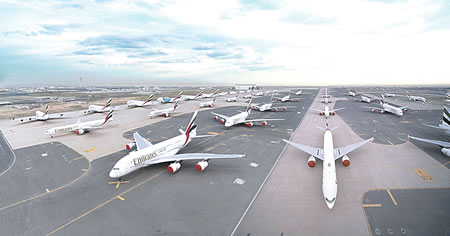 The chairman of a new entrant airline, United Nigeria Airlines, Chief Obiora Okonkwo has identified scarcity of foreign exchange as one of the challenges Nigerian airlines are faced with.

Addressing aviation journalists at the Lagos airport, Okonkwo lamented how two weeks ago, the Central Bank of Nigeria (CBN) did not approve the application for US dollars to airlines because of the scarcity of forex.

He said, “As at two weeks, CBN had not given dollars to airlines since February 2021 owing to scarcity of foreign currency. Aircraft business is very capital intensive. The solution to the survival of airlines is access to spare parts. Aircraft spare parts are not sold here in Nigeria, they are sold overseas. The aviation industry should be given all the necessary support to ensure the survival of airlines”.

He attributed the high increase in the cost of aviation fuel popularly known as Jet  A1 to the sharp rise in the cost of air tickets as Nigerians are seeing alternative in air transportation amid security challenges commuters face on the country’s highway.

According to him, within two months, Jet A1 price had risen from N160 per litre to N260 per litre; a situation that operators said would definitely lead to a hike in airfares by 50 per cent.

Okonkwo said that the circumstances would force operators in most cases to increase fares through adjustment in ticket price as a result of high cost of the commodity.

Besides the high cost of aviation fuel, operators had blamed the spike in airfare on an exchange rate that hit N478 to $1 at the black market, leading to an average one-hour economy class seat of N40,000 rising to N65,000 over the counter of some airlines.

He used the opportunity to call on fellow domestic airlines to cooperate together saying this was the only way they can cut cost and remain in the business.

Okonkwo expressed the readiness of his airline to interline and codeshare with willing Nigerian airlines in a sector he described as highly competitive.

To show his readiness to partner other airlines,  the airline chief cited how his airline had already signed a Memorandum of Understanding (MoU) with some airlines in the country.

Under this agreement, travellers only have to check in once for all the flights on the itinerary and that their baggage will be transferred by the first airline to the second airline, without them having to manually collect it and drop it off again.

A codeshare on the other hand is viewed as the next step up from interlining and sees airlines working together by placing their ‘codes’ on each other’s flights.

While revealing that the price of the aviation fuel was more expensive in other airports aside the Lagos, Abuja and Enugu airport, the United Nigeria Airline Chief cited how some airports in the country have just one aviation fuel marketer; thereby leading to a monopoly of the supply of the commodity to airlines who queue to get their supplies in many of the airports.

Okonkwo used the occasion to hint of an ongoing plan by his airline to acquire land space from the Federal Airports Authority of Nigeria (FAAN) in a bid to set up its own Maintenance Repair Overhaul (MRO) facility aimed at serving the airline and others both domestically and in the sub-region in the area of maintenance.

The airline it commenced operations eight weeks ago, has airlifted 25,000 passengers already with an average of 3,200 passengers weekly.