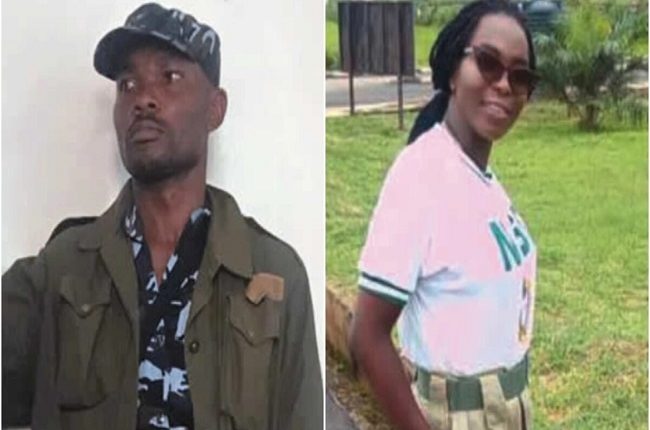 A lady, Chinenye Igwetu, on Tuesday told the independent investigative panel on human rights violations by the defunct Special Anti-Robbery Squad (SARS) and other police units set up by the National Human Rights Commission (NHRC) that she wants justice for her late sister allegedly killed extra-judicially by the police a day before her passing out parade from the National Youth Service Corps (NYSC) scheme.

Igwetu told the panel sitting at the High Court of the Federal Capital Territory (FCT), Maitama, Abuja that her late sister, Linda Angela Igwetu, on July 3, 2018, at about 10 pm sent her a WhatsApp message that she was going out with some friends after closing from work.

Chinenye told the panel that her sister informed her that she was going out to celebrate her passing out with one Mr Tobi and Arafat.

According to her, the deceased, who was a serving corps member with the National Youth Service Corps (NYSC) had her primary assignment at Outsource Global Company, Mabushi, Abuja and supposed to have a passing out on July 4, 2018.

“At about 4:30 am, I got a call, it was Mr Tobi who called and asked me to come to Garki Hospital. I went there with my neighbour, Maureen, who heard when I screamed.

“When we got there, we saw many police personnel. Tobi was handcuffed and was drenched in blood.

“Tobi said that on their way from Ceedi Plaza, they heard a sound and he thought it was the car tyre that burst. He said my sister was sitting at the back seat, while Arafat was with him in the front,” Igwetu narrated amidst tears to the panel.

She informed that she was told by Tobi that he saw her sister holding her breasts and that it was then they realised that it was gunshot they heard.

“The gunshot hit my sister from the back and came out below her breast,” the complainant informed.

Chinenye stated that it was a policewoman who took her aside at the Garki Hospital that explained what happened to her, adding that, “the woman said if it was Ceedi Plaza, it must be Inspector Benjamin Peters who shot the gun.”

“I called some of my male friends to explain what happened after I was told that I should get a male donor to donate blood for my sister.”

She said she went to the National Blood Bank, where she was also told to get a male donor, adding that she was called to come back to the hospital.

“When we returned to the hospital, it was not up to five minutes that a nurse took me inside a room and informed me that they lost my sister. She died exactly 6:10 am, I can never forget that.”

Chinenye further told the panel that the female police officer took them to the Police Service Commission where she lodged a complaint against the said Inspector Benjamin Peters.

According to her, “when Inspector Peters came, he was rollercoaster. He told them that they flagged down the car where my sister was but the occupants did not stop and that he wanted to deflate the tyre and he shot at the car.”

Chinenye further told the investigative panel that she was called by the immediate past Senate President, Dr Bukola Saraki, who set up a four-man committee.

“We sent to the National Assembly. The IGP came. I was going and coming and nobody got back to me again. I kept asking the IPO and at a stage, he stopped picking my calls,” Chinenye said.

Asked by the chairman of the panel, Justice Suleiman Galadima (retd), what she wanted, Igwetu she wanted justice for her sister.

“I want justice for my sister. I want my family to be compensated even though no amount of money can bring back my sister. She had many dreams,” she pleaded.

Meanwhile, Justice Galadima has ordered that today’s proceedings in the case be typed and made available to the respondents, the Inspector-General of Police, the FCT Commissioner of Police and Inspector Benjamin Peters.

The panel adjourned the case till November 16 in order to hear from the respondents.