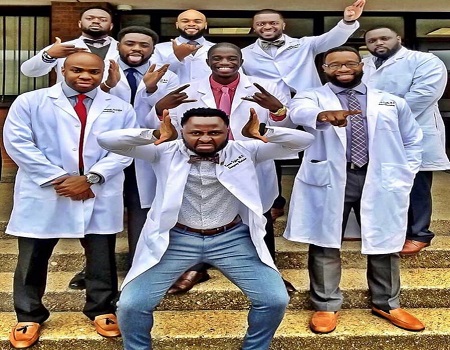 US-based organisation, Reseau Docteur, a french phrase for ‘Doctors Network’, founded by a Nigerian, Dr Alexander Oladele are counting their blessings since forming the network in 2015.

The network was founded originally as a network that featured just health professionals, but it has since blossomed to embrace professionals in law, engineering and a variety of other disciplines.

Speaking in an interview with Tribune Online, Dr Oladele explained that the forming of Reseau Doctor was to reverse the psychological impact that was affecting many African black-Americans especially at a time when many blacks were subjected to inhuman treatment abroad.

He said: “The goal of forming Reseau Docteur was to reverse the psychological impact that was affecting many African Americans at a point where a lot of black men were getting killed. Sadly, many of these images and interactions with police were televised. You can only imagine what happens to a people’s mental health after watching their own people become the victims of police brutality over and over again. We started Reseau Docteur with the intention of displaying positive images of black men and women in a variety of careers including medicine, dentistry, pharmacy, law etc. With time the organization began to grow and today we have much more than just a social media page. We have built a community of minority professionals where we can continue to share our visions.”

According to him, Reseau Docteur started through a social media page but has become a society of black professionals who impact their society through knowledge and mentorship as they now have really good news to share about their activities.

“There have been so many amazing moments. One of our proudest is our yearly mentorship program where we provide mentorship to students all over the country by way of online webinar-based discussions. It’s an 8-10 week program and each topic is presented by a Doctor or a professional student within our network. This program is for students who are interested in professional careers such as medicine, dentistry, pharmacy and to date, we have awarded over 200+ students with certificates of completion.”

Another highlight of the programme, according to Dr Oladele is how the help of the social media community.

“I was able to raise over 6000 USD within 3 days for the victims of Hurricane Harvey, one of the deadliest hurricanes to hit US mainlands. Members of our team then flew to Texas following the aftermath to provide money to the victims as well as aid during their time of difficulty,” Oladele stated.

Adding, “America needs more black doctors and there is a wealth of data that shows that African Americans are more likely to trust a healthcare system when the health provider actually looks like them. There is a huge gap within the healthcare community and it’s due to a lack of diversity. To date, Reseau Docteur has been an incredible resource for many professionals. We have provided referrals for employment opportunities, provided scholarships to students matriculating into college and also partnered with various organizations to amplify the importance of mentorship. While the organization began in 2015 simply as a network that featured just health professionals, we changed our strategy to include those in law, engineering and a variety of other disciplines to be more inclusive.”