Entertainment
By SEGUN ADEBAYO On Jul 5, 2020 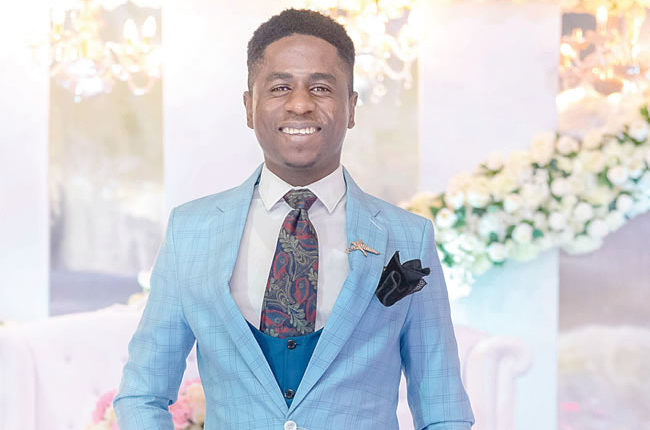 Ayodele Aguda, popularly known as Mc Shem, is a comedian, compere and content creator who rose to prominence through his comical character, Mama Shem. In this interview with SEGUN ADEBAYO, he speaks about how social media has become the new gold mine, the inspiration behind his skits and how he is pushing through the pandemic, among other issues.

On popular app, Tiktok, you have amassed close to four million followers in less than a year. How did you manage to become the most followed in Nigeria?

As in every business, one should do a business analysis by observing trends and what makes ventures successful. This was exactly what I did with my Tiktok account. I checked pages of those who were already big on the platform and I applied everything the creators were doing on their respective pages to mine. This wasn’t in terms copy and paste or stealing their ideas, it was about technicalities.

What have been your ups and downs so far in the comedy industry?

The downturns in the comedy industry aren’t personal to me. It’s what many comedians experience. Sometimes, you are so good at what you do, but people won’t pay you your worth or appreciate your talent accordingly because your face isn’t out there, because you are not in the big movies or because you didn’t perform at a particular show. Another one which is quite funny and which many people talk about is the issue of people saying they pay back with exposure. They could ask you to anchor a big event for free because an uncle who is a politician would be there and would get to see you. I will say one should put in the work, your work will expose you.

You were already a standup comedian being featured on notable shows. Why did you embrace social media?

I am still a standup comedian. However, social media gives me the platform to own my own world to amass my own following and create my own wealth. I can remember having to go to several auditions only to get a ‘waka pass’ role. However, social media gave me the opportunity to create content and attract thousands and millions of viewers. For instance, I have over 51 million views on YouTube as of June 2020. I also have close to a billion views on Tiktok. Imagine if I were to be waiting for an audition or a big acting gig on TV when I could actually grow my own viewers.

Can you give us an insight into your background?

I wasn’t born with a silver spoon. However, I read about people who had it rougher than I had growing up but made something out of their lives through dint of hard work. For a family of six – mother, father and four children – we grew up in a one-bedroom apartment popularly called ‘face-me-I face-you’. At a point, a cousin joined us to make seven. Now that I am older, I realise these experiences helped shape me and still motivate me to put in my best every single day and to make the best out of my life. At some point, I shot my video, edited, subtitled it and did everything myself because of my determination. This is what I tell people, you might not be able to afford to pay for certain services when you start out, learn to do those things yourself.

How has the COVID-19 pandemic affected you as a creator?

That’s the good thing about social media. I have actually made more money this (lockdown) period because you have more people at home to consume your content. Nonetheless, I have some projects that are on hold due to the pandemic because of the safety of my staff and our team members. I hope this pandemic end soon so I can explore new ventures and put out better content.

What is your big dream?

That will be to ultimately have my own studio where we can have several productions ranging from comedy to serious drama. I hope to be able to have productions and contents that meet up with international standards. Most importantly, I hope to be able to inspire youths to follow their dreams and help as many children as possible through school through my foundation, Shem Foundation.

Can you tell us more about this foundation?

Shem Foundation is an initiative that helps children by providing educational materials for them. Through the foundation, we have been able to give back to three schools in the Makoko area of Lagos State. We had to travel on water to access two of the schools. The water was black and dirty, the environment wasn’t conducive and above all, the students didn’t have adequate learning materials. Visiting that community opened my eyes. I have to do more, God helping me. I am passionate about education and I am passionate about children, even now that I am a father.

What is that thing most people don’t know about you?

Unlike how I seem to be all out there online, I actually like my personal space. I can be indoors for weeks or longer. You might not know my next move.

How much do you make from social media?

I won’t put a figure to it publicly, but it is enough to cater for our needs as a family and have something to also help those in need around us. Honestly, there is so much money in social media, I personally make money across all the platforms through which I engage my audience. If I haven’t earned from social media, I would have been one of the doubting Thomases who didn’t believe a blogger could buy a house in Banana Island. Let me tell you social media is the new gold mine!

Like many comedians admit, did poverty bring out your potential?

Poverty will bring out the creativity in any individual either good or bad because it’s about survival. I personally wanted to go into drama but when I got to the university, I knew I had to find a way to make money since I got very little from home. I told myself if I would go into drama, I would have to join a fellowship on campus to showcase my talent. With comedy, people would not only see my talent but also would get to pay me. I was able to join the train of the erstwhile Ondo State governor, Olusegun Mimiko, during his electioneering where I got to entertain people even while I was a student.

What advice do you have for young people out there?

Do not let anybody tell you that you are not enough. Do not wait for the weather to be perfect before you sail and have it in mind that nobody owes you anything, not even your parents. Stand up and create the life you dream of.

COVID-19: The Church and the new order