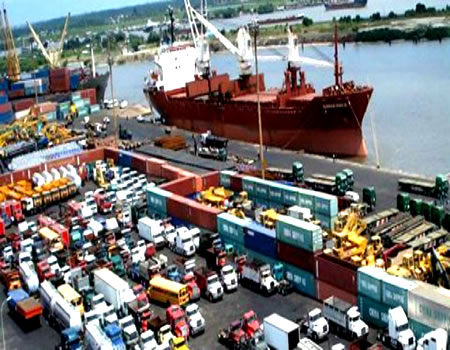 INVESTIGATIONS have revealed that haulage freight rates at the ports have shot up to record highs due to rush by agents to clear trapped containers in order to beat storage waiver incentives granted them by some terminal operators after the suspension of truck drivers’ strike action.

Further findings revealed that haulage services from the Lagos ports to warehouses within Lagos which used to go for N70,000 and N80,000 now goes for as high as N130,000 and N150,000. Explaining reasons why there is a hike in haulage services at the ports, the Lagos State Vice Chairman, Dry Cargo section of the National Association of Road Transport Owners (NARTO), Alhaji Abdullahi Inuwa Mohammed, said that the hike in haulage freight rates is down to the fact that the numbers of containers ready for evacuation inside the ports exceed the numbers of trucks available.

According to the NARTO chieftain, “People may think that we hiked haulage rates, but that is not true. What happened is the law of demand and supply. The empty trucks are not much on ground. Most of the trucks have empty containers on them. But agents want to clear their containers in a hurry, maybe because they don’t want to pay more demurrage or because they want to enjoy the storage waivers incentives granted them by the terminal operators.

“Truck owners and drivers did not come together to say let us hike the price. It is simply being controlled by the law of demand and supply. Out of the trucks you see lying on the roads; 80 per cent of them are carrying empty containers. When you count one to 50 trucks, hardly will you see empty flatbed truck except the ones that are trapped in the gridlock.

“People are eager to see that they take their consignments out of the ports in order to avoid payment of accruing demurrage, so the competition over available trucks is intense.”

In a separate chat, an agent, Ndubuisi Eze, explained that most of the storage waivers granted by terminal operators have expired, and cargo owners were already being charged for storage, so the earlier containers leave the ports, the better for the cargo owner.

In his words, “Some of the storage waivers have expired. If my container does not leave the port as soon as possible, I pay more on behalf of the importer.

The container was trapped inside the port during the truck drivers strike. Even when they, truck drivers, suspended their strike, I couldn’t get an empty truck to evacuate my container.

“When TICT granted four days waiver, I tried but still didn’t get any empty truck. Now the TICT storage waiver is over, I am being charged storage payment. So, if I see an empty truck and the haulage rate is high, do I have another option?

“I don’t have any other option other than to pay any amount charged by the trucker to ensure my container leaves the port because I am being charged for storage on every additional day that my container stays inside the ports.”

If Hillary Clinton is the US president

Talking to your teen about menstruation (II)