How Port Harcourt refinery moved from being sold for $561m in 2007 to being refurbished with $1.5bn 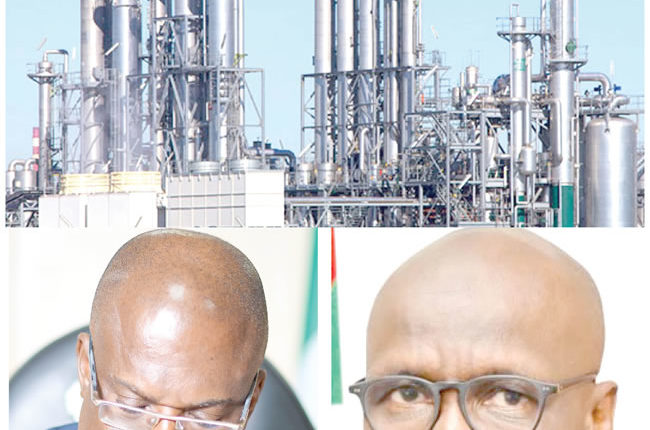 Port Harcourt refinery was sold by the Bureau of Public Enterprises to the Aliko Dangote-led Bluestar Consortium for $561m in May 2007 during the tenure of President Olusegun Obasanjo. But the consortium wrote to pull out of the deal later in July of the same year due to public outcry over the sale and the disposition of President Umaru Yar’Adua, who succeeded Obasanjo.

But despite spending over $5 billion on the Turn Around Maintenance (TAM) of the 21,000 barrels per day Port Harcourt refinery and the other two, the federal government now plans to spend $1.5 billion to refurbish the refinery.

According to Minister of State for Petroleum resources, Timipre Sylva, the rehabilitation of the refinery, which will be done in three phases of 18, 24 and 44 months.

The minister explained that the funding for the rehabilitation of the refinery would come from NNPC, the federal government as well as the Afrexim Bank.

Although the nation’s refineries have over the years operated way below installed capacity and in the last two years have been inoperative, they have consistently gulped billions of naira.

The NNPC Monthly and Financial Report for the Month of January 2019 corroborates this.

Consequently, aside not giving value for the huge amount of money spent on their maintenance, the refineries have also been trading at a loss. According to NNPC reports, their operating deficit in 2018 increased by 39 per cent compared to that of 2017.

Even the latest NNPC report on the state of the refineries released in February, shows that the trend has not changed, as the refineries, despite their current inoperative state, incurred about N18 billion operating deficits between August and October 2020.

However, every succeeding NNPC GMD has made turning around the refineries a cardinal goal.

On assumption of office in 2015 as NNPC Group Managing Director, Dr Ibe Kachikwu promised to turn around the fortune of the four refineries and as well build new refineries. However, Kachikwu, who later became the Minister of State for Petroleum and consequently chairman of the NNPC board, admitted at the tail end of his tenure as a minister that he did not deliver on those promises.

Dr Maikanti Baru, who succeeded Kachikwu as NNPC GMD, also made promises about improving the state of the refineries but not much was accomplished in that regard.

At his inauguration as NNPC GMD, Mr Mele Kyari, had said, “We will deliver all our four refineries within the life of President Muhammadu Buhari’s administration. We shall seek strategic partnerships to ensure Nigeria becomes a net exporter of petroleum products.”

But while speaking with the Sunday Tribune, Dr Timothy Olawale, Director General of the Nigeria Employers’ Consultative Association (NECA), wondered why the government would want to spend such humongous amount on refurbishing the refinery.

His words, “If you spend $1.5 billion on refurbishing a refinery, the question to ask is how much does it cost to build a brand new refinery? Would it not have been better to put that much money on building a brand new refinery rather than spending it on this old refinery?”

“Government would have done much better to either concession the refinery or sell it rather than spend this humongous amount on the refurbishing.

“However, since not much information was supplied to help the public understand how the government arrived at this decision, the government probably knows what the rest of us do not know. But from a strict business perspective, that was not a right business decision.”

According to him, the government had tried to sell the refineries but the offer it got was nothing to write home about which was probably the reason it opted to fix the refinery.

“Part of the source of financing is international. Those guys don’t just give money for projects; they pay based on achieving agreed milestones. That means unlike what we had in the past, the process would be supervised by an external organization with a stake in the exercise. That also gives an assurance that the money would be properly utilized.

“Finally, if Dangote refinery becomes functional either this year or next year, the company would become the sole supplier of fuel to the nation. That would be a monopoly. So, the plan to refurbish the refinery may be an attempt to curb the creation of a monopoly. It is better to have excess production from both Dangote and the NNPC and sell the excess to another country than to have a monopoly.

“In addition, if the NNPC refineries are working, when Dangote refinery has to shut down for maintenance, Nigerians will not be left stranded as there would be supply from the other refineries.”