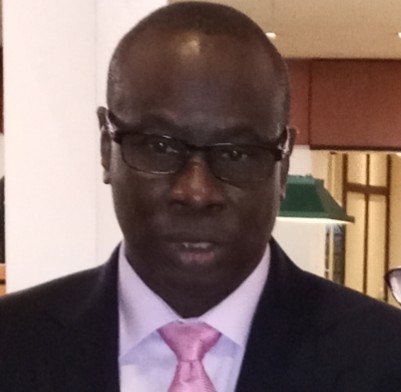 Managing Director/Editor-in-Chief, of the African Newspapers of Nigeria (ANN) PLC, publishers of Tribune, titles, Mr. Edward Dickson, has decried the continued underutilisation of the Freedom of Information (FOI) law by journalists and others owing to restrictions put in place by the political class.

Speaking at the 2019 lecture series of St Peter’s African Church, Abule-Ojo, Fidiwo, on Sunday, Dickson said contrary to thoughts that the FOI law compelled government officials to divulge the truth about governance, the political class still frustrate such inquiries.

Represented by Associate Editor, Nigerian Tribune, Mr. Femi Olukunle, Dickson said such restrictions in the application of the FOI law continued to make it difficult for Nigerian journalists to affirm the veracity of claims made by political office holders.

For journalists and media organisations that go the extra mile to reveal facts, Dickson said they had to jump over hurdles ranging from outright denial of facts about their misdeeds, threats of litigation or withdrawal of operation license, dishing out falsehood, harassment by miscreants or even death.

In a bid to surmount these hurdles, Dickson, who spoke on the topic, “Unbiased Reportage, Defining True Journalism; Prospects and Way Forward, decried that journalists were compelled to self-censor themselves.

“It is a known fact that those who occupy the political turf in this country misrule the people, this is why nothing works here. But it is ironical that these bad political leaders hate their misdeeds to be mentioned in the media as they are quick to label any medium used to expose them as having been sponsored by the opposition, and they may even use all their political instruments to clamp down on such medium.

“In Nigeria, the government has put so many hurdles in the way of the journalist thus making it difficult for him to give unbiased reports. This makes him overdo what is known in journalism and self-censorship.

“In spite of the claims out there that the Nigerian press is one of the freest press in the world, I make bold to say that these claims are relative; they are not wholesale. Quite a lot of half-truth or outright falsehood is thrown in the way of the journalist, and he is left to go the extra mile to exhume what government functionaries have buried.

“This effort, no doubt keeps the journalist under an intense pressure to beat the deadline trap set for him by his medium, as well as exposing him to danger.

“When the Freedom of Information Bill was passed and assented to by the President, the media and the Human Rights Organisations thought that they had got an instrument through which they could force government at all levels to divulge the truth about governance.

“In the light of all I have said but not limited to what I have said, I believe that the journalist is not to blame if unbiased news items cannot be procured,” Dickson said.

Amid the quagmire, Dickson, however, stressed the need for the church to live up to its reformatory role by reshaping the minds of Nigerians of all professions, who all come to houses of God.

“If a quarter of those who profess Christianity in Nigeria today live Christ-like life, this nation would get a new life,” he added.

Insecurity: NASS gets 5-point agenda to support war against terrorism