How one Italian town fought coronavirus 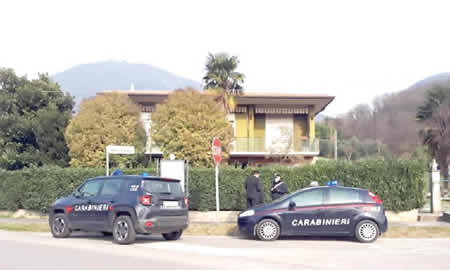 The evidence is clear: Mass testing for the virus is the key to its eradication – and to saving lives

Cases of the coronavirus in Italy have continued to soar in recent weeks.

But one small Italian town claims to have eradicated coronavirus infections, having now reached zero new cases after implementing a mass-testing programme in a bid to curb the spread of the virus.

The town, Vo Euganeo – population 3,300 – based in the heartlands of the most contaminated area of northern Italy, saw a cluster of cases of COVID-19 in the third week of February and was home to the country’s first death from the virus, on February 21.

So, while the draconian measures taken in China to get the coronavirus under control may not be suitable for other countries, could we learn, instead, from this small Italian town?

Following the town’s first death from coronavirus, the whole town was put under lockdown.

No one was allowed to enter or leave, while goods (medicines and food) could only reach the town if authorised to do so by the Prefetto, the central government representative in Padua. Then all of the town’s 3,300 residents, including those with no symptoms, were tested for the virus starting from March 6.

This allowed quarantining of people who had been infected, before they showed any signs of infection and stopped any further spread of the coronavirus in its tracks.

Within 14 days, the virus had been eradicated from the community. This mass testing revealed that about 3 percent of residents were infected with the virus at that point, and, of these, about half were not showing any symptoms when they tested positive.

After two weeks of a strict lockdown of the entire town and the quarantine of infected patients, only 0.25 percent of residents were testing as infected. Vo Euganeo has not reported any new cases since Friday, March 13.

Because of a combination of universal testing and lockdown across the entire town, Vo Euganeo managed to avoid the number of cases spiralling out of control, thereby minimising the risk of a huge demand on their health services. In effect, they nipped it in the bud by taking aggressive and decisive action early to stop the spread of the disease.

All of this was achieved with a 100 percent recovery rate for those previously infected.

Writing about this case, Andrea Cristani, a professor of microbiology at the University of Padua in Italy who helped carry out the testing, and Antonio Cassone, the former director of the department of infectious diseases at the Italian Institute of Health, said: “In the last two weeks, a promising pilot study here has produced results that may be instructive for other countries trying to control coronavirus.

“Beginning on 6 March, along with researchers at the University of Padua and the Red Cross, we tested all residents of Vo, a town of 3,000 inhabitants near Venice – including those who did not have symptoms. This allowed us to quarantine people before they showed signs of infection and stop the further spread of coronavirus. In this way, we eradicated coronavirus in under 14 days.”

Elsewhere in Italy – as in other countries – however, the authorities chose only to test those who already displayed symptoms.

The decision to only test those who presented for treatment with symptoms of the virus was taken by major Italian public health experts, apparently in line with World Health Organization (WHO) suggestions.

But, according to Cristani and Cassone, asymptomatic or quasi-symptomatic subjects represent a good 70 percent of all virus-infected people and, still worse, a huge number of them can transmit the virus to others without realising they are doing so.

As shown in Vo Euganeo, full community testing gives a clearer picture of how many people actually have the virus, and how many pass it on.

The key factor is that testing only those who display symptoms of the virus gives only a vague and misleading indicator not only of how many people have caught the virus but also of the overall percentage mortality rates.

Other countries should look closely at the results of the case study in Vo Euganeo.

It may be difficult to implement such a testing strategy right across a major city or indeed the whole of a country, but it may well be possible to implement this approach in pocket areas where infections are spreading rapidly and therefore contain the spread of the virus before the number of cases increases. This would help to avoid the risk of high demand on hospitals.

Governments could identify and isolate coronavirus cluster areas, test everyone in these communities and quarantine each resident – whether they have symptoms or not – and then trace their recent contacts, and test and quarantine those people as well.

Full testing is the only way in which countries will gain a clear picture of the actual numbers who have the virus and, therefore, how many people risk infecting others without even knowing they are doing it.

In the absence of a vaccine, the identification of all carriers (both symptomatic and asymptomatic) appears to be the most effective way to control the pandemic.

The mass testing example in Vo Euganeo echoes the recent statement from the World Health Organisation (WHO).

“We have a simple message to all countries – test, test, test,” Tedros Adhanom Ghebreyesus, director-general of WHO, said at a news briefing last week.

“All countries should be able to test all suspected cases. They cannot fight this pandemic blindfolded.”

The views expressed in this article are the author’s own and do not necessarily reflect Al Jazeera’s editorial stance.

She starves me of sex, put money in empty plate for me as food —Man

‘Please dissolve my marriage to my husband; order him to give our child N30,000 for food’

I want to go back to my parents, says child-wife accused of stabbing husband to…