Entertainment
By Adekunle Sulaimon On Jun 2, 2020 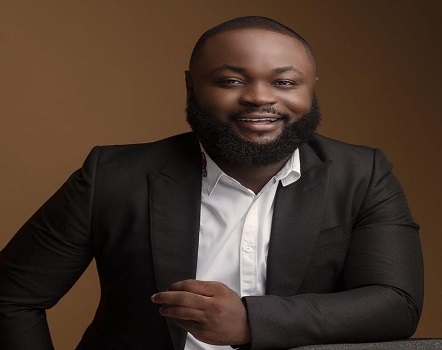 The Chief Executive Officer (CEO) of Sir Justine Worldwide (SJW) Entertainment, Obiajunwa Justine Chinonso, has said that the music industry will come out stronger after the world would have overcome the COVID-19 challenge which has crippled economies globally.

He said the challenge already put before individuals in different sectors of the economy is forcing many to recreate new ways of handling things as technology is currently being used to achieve a lot, which he said won’t be anything different in the music industry.

The top music entrepreneur, who had on his recording label, artistes such as BLaq Jersee, a maestro, whom had also worked with a range of Nigerian artistes producing hits like fever for Wizkid, Low for Larry Gaga, and had worked with others likes of Tiwa Savage, Burna Boy, Iyanya, and Dr Sid, DJ Tunez, said with the creative abilities of experts in the industry, things will take shape earlier than expected.

The music boss, Chinoso, popularly known as Sir Justine, reeling out his plans for the next phase of his business, said, “Firstly, it is the creative abilities of individuals in the business that will determine how far they go after the COVID-19 pandemic. You have to be able to identify your audience, and what part of them has been dealt with amid the current crisis, so, you come out to fill that gap as a problem solver.

“Secondly, as a body of music practitioners, there will also be a need for synergy, the need to collaborate and do things together where necessary for mutual benefits, as at present, you may not be able to source for technicalities needed to sort things out, because of restrictions to trans-border movements, but those who have such facilities can negotiate its usage with others.”

Sir Justine said, the online advantage now has to be maximised more than before for the managers, artistes and their producers to reach their audience because of the physical gap the social distance has created and which may not be filled on time even after the COVID-19 era.

“As we can all see, the social distance protocols are not allowing for a crowd of people to gather on a spot as it was the practice, most especially in organising music shows. This has really affected the industry as it has affected the calendar of music festivals all over the world.

“However, it may also be an advantage to build another line of business with the online advantage since it is now hugely populated by people who are exploiting opportunities in the virtual world after coronavirus has forced governments all over the world to restrict physical movement and assembly to stem the tide of infection.

“So, with the appropriate use of technology, music lovers and other patrons of the industry can be reached online and the music world grows stronger with many profits drivable in the business to even boost the national economy,” Sir Justine said.

You Must Submit Your Voters Register Ahead Of Primaries, INEC Tells Political Parties
Ahead of Edo and Ondo State governorship elections, the Independent National Electoral Commission (INEC) has advised political parties to inform the INEC on the mode of primary it wants to adopt and submit the list of its registered members ahead of the exercise…music music music Read full story