How NCC influenced MTN listing on the Nigerian Stock Exchange 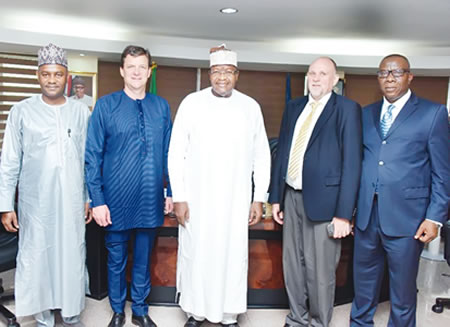 The official listing of MTN on the Nigerian Stock Exchange (NSE) recently came with a lot of excitement among Nigerians, particularly potential capital market investors as well as stakeholders across different sectors of the economy.

It is common knowledge that the listing was never a voluntary decision by management of MTN, but rather a development that came about through regulatory exigencies by the Nigerian Communications Commission (NCC), as the country’s independent regulatory authority, to ensure industry sustainability and level-playing field for all stakeholders in the industry.

While the MTN listing on the NSE brought so much joy to the investment community in the country, the landmark listing was traceable to the firm, fair forthright and transparent regulatory stance of the commission.

Also, the listing of MTN was part of the Settlement Agreement reached between the NCC and MTN Nigeria on June 10, 2016, following a court-ordered out-of-court settlement between the two parties and followed by a very long and painstaking negotiations, towards resolving the payment of N1.04 trillion imposed by the NCC on MTN for infraction of the NCC’s Registration of Telephone Subscribers Regulations 2011.

However, one of the cardinal resolutions reached in the bipartite agreement between MTN and NCC in 2016, on the SIM infraction dispute, therefore, was for MTN to undertake immediate steps to ensure the listing of its shares on the NSE as soon as commercially and legally- possible after the date of execution of this settlement agreement.”

However, through this smart regulation and intervention by the NCC, leading to the listing of MTN on the NSE, the commission has opened another chapter in the history of telecommunications industry by empowering Nigerians to control, own and manage one of the dominant telecommunications companies in the country by owning shares in MTN Nigeria.

Addressing stakeholders at a recent valedictory press conference organised for the former Minister of Communications, Mr Adebayo Shittu, the Executive Vice Chairman of NCC, Professor Umar Garba Danbatta, stated the significance of MTN listing to the commission and Nigerians.

“The MTN listing has helped to translate into action, an important objective of the commission, which is to promote local investment and ownership in the telecoms sector. Also, with MTN shares available in the capital market, it is expected that Nigerians will buy shares and by purchasing the shares of MTN, they will be financially empowered and be socially transformed.

“In other words, we should consider the listing of telcos in Nigeria a very important milestone in translating one of the objectives of the commission into reality, as enshrined in the Nigerian Communications Act (NCA) 2003. We have also succeeded, as a commission, in meeting the expectation of Nigerians who had long waited for a time when big telecoms companies will be part of the nation’s capital market ecosystem.

“It is instructive to state here that one of the greatest advantages of the MTN listing, facilitated by the NCC, is the implication it has on opening up the telecommunications industry for greater investment profile it gives Nigerians the opportunities to invest in publicly-quoted companies like MTN, which is one of the leaders in the telecommunications industry in the country and easily one of the continental leaders.

“In addition to benefits to the consumers, we all know that telecoms is a capital-intensive industry and of late, we found out that the inflow of Foreign Direct Investment (FDI) into the sector has not been as much as it used to be and there is so much for the telcos to still do in terms of expansion and this expansion requires capital. Industry issue bordering on poor quality of service is being partly traced to lack of sufficient infrastructure covering the entire country.

“Some of the benefits of MTN listing and those of other operators to follow, therefore, is that the telco would be able to raise capital for expansion which, in turn, will bring about an improvement in the quality of service and quality of experience for the consumers of telecoms services, which is also a cardinal function of the commission.”

After MTN, the commission is said to expect to see other operators taking the cue and already, Airtel is in talks with capital market regulators such as the Securities and Exchange Commission (SEC) and NSE to list in Nigeria, following the telco’s London listing recently.

It is hoped that the Nigerian capital market will be kept bullish in the coming years with decisions by more operators to list on the NSE and this will help to boost infrastructural development in the industry and ultimately result in sharp improvement in service delivery across networks.

It is gratifying that the credit for the listing of MTN Nigeria on the NSE, which has served as a tonic to other telcos to follow in the same direction goes to the NCC for its effective regulations of the country’s over $70 billion telecommunication industry.

As the country’s independent telecoms regulatory authority, the NCC essentially facilitated the landmark listing of the country’s largest telecommunications operator on NSE in line with its regulatory activities as enshrined in the Nigerian Communications Act (2003) and other subsidiary regulations to promote investment, create a level-playing field for all licensees, ensure compliance to existing telecoms laws and facilitate delivery of top-notch quality of services (QoS) to the consumers.

On the face-off between MTN and NCC over non-registration of some SIM cards, the NCC explained its role on this and why it had to go all the way.

Specifically, Sections 19 and 20 of the Registration of Telephone Subscribers Regulations 2011 prescribes the punishment for infraction by any licensee against the Regulations.

Specifically, section 20 states that “Any licensee who activates or fails to deactivate a subscription medium in violation of any provision of these regulations is liable to a penalty of N200,000.00 for each unregistered but activated subscription medium.”

The above is the provision in the Registration of Telephone Subscribers Regulations 2011,developed with the full participation of all key industry stakeholders including the Mobile network Operator (MNOs), but which MTN violated despite series of meetings and engagements earlier held by the commission with the with the operators to deactivate unregistered SIM cards from their networks, as imposition of sanction normally comes as last resort for the commission in its monitoring and enforcement activities.

For instance, on August 4, 2015, at a meeting of all the representatives of the Mobile network Operators (MOs), with NCC, major security challenges through preregistered, unregistered and improperly registered SIM cards topped the agenda after which operators were given the ultimatum to deactivate such within seven days.

On August 14, 2015, three days after the ultimatum expired, NCC carried out a network audit, while other Operators complied with the directive to deactivate the improperly-registered SIM cards, MTN showed no sign of compliance at all as at the expiration of the deadline.

Subsequently and based on the report of the Compliance Audit Team, an enforcement team which visited MTN from September 2-4, 2015 wherein MTN admitted that the Team confirmed that 5.2 million improperly-registered SIM cards were still active on its network; hence, a contravention of the Regulations was established.

Consistent with the commission’s enforcement process, MTN was by a letter dated October 5, 2015, given notice to state why it should not be sanctioned in line with the Regulations for failure to deactivate improperly-registered SIM cards that were found to be active at the time of enforcement team’s visit of September 15, 2015.

On October 19, 2015, the Commission received and reviewed MTN’s response and found no convincing evidence why it should not be sanctioned for the established violation as stipulated by law.

Accordingly, by a letter dated October 20, 2015, the commission conveyed appropriate sanctions to MTN in accordance with Section 20 (1) of the Registration of Telephone Subscribers Regulations 2011, to pay the sum of N200, 000.00 only for each of the 5.2 million improperly-registered SIM cards and the fine amounted to N1.04 trillion.

Following the sanctions placed on MTN Nigeria, members of the public expressed diverse interest and reactions as to what actually transpired to which the NCC offered abundant explanation to the effect that it had acted in national and public interest because when lives are lost through the use of unregistered or improperly-registered SIM cards to commit crime, such lives cannot be replaced.