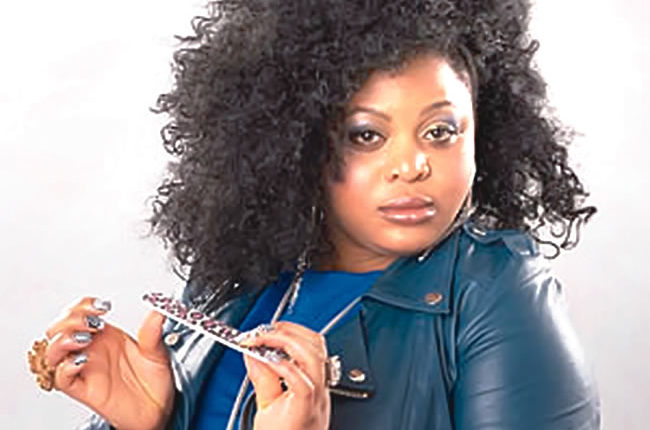 Gbemisola Ikulemo is the creator and lead actress in Brain in Gear, a mini-series which won her the 2020 British Academy Television (BAFTA) award for Short Form Programme. She also stars in the hit BBC sketch comedy, ‘Famalam’ currently streaming on Showmax, which earned her a 2020 Best Female Performance nomination. In this interview by SEGUN ADEBAYO, Ikulemo talks about her BAFTA award nomination, her Nigerian roots and more.

Not many people know that you were born in Nigeria because you are based in the UK. How would you describe the journey so far?

I have heard a lot of people say this same thing a couple of times, but the fact remains that I am a Nigerian and I was born in Ondo State. I moved to the UK when I was very young and I spent my formative years in the UK whilst I often visit Nigeria to see family whenever we could.

How has the UK environment been treating you?

The Nigerian community is a prominent one in the UK and I always find myself surrounded by Nigerian friends. So it is home away from home for me.

Nigerian parents, especially those in the diaspora are known for urging their children towards careers like medicine and law, were your family supportive of your career choice?

Simply put, my family was not thrilled by the idea of me becoming an actor in the early days of my career.

How do they feel now that you’re an accomplished actor, writer and director?

Parents give up a lot when they leave their homes to come and forge a new life in another country. So many Nigerian parents I see getting wary of this industry are doing it through the lens of knowing what they went through here and not wanting their kids to struggle in the same way.

What kind of struggle did you go through?

You act, write and direct, do you have a preference?

It depends on the project. Some projects I work on as a director are far more enjoyable than some I might experience as an actor and so on. I think the great thing about this career is that each new project is a completely clean slate, an opportunity to find the new favourite thing.

How did you know you were made for this career path?

I knew what I wanted to do with my life from a really young age and this was probably concerning to my family as they knew I would be challenged as a black woman trying to make it in this country. They eventually realised I knew what I was doing though, and now everyone is supportive.

You were nominated for two BAFTAs this year – the biggest TV awards in Britain – for Best Female Performance in a Comedy for Famalam and also Best Short Form for Brain In Gear, that you wrote, co-directed and starred in. How did you receive the news of your nominations?

I was actually asleep when I got a phone call from the producer of FAMALAM, who never calls that early in the day, so I thought something was wrong. He told me to google BAFTAS but I was taking too long to find anything so I just screamed at him, ‘just tell me!’ And he did and I’m sure I cried.

How would you describe Famalam, and how much of your Nigerian roots influenced your writing for the show?

Famalam has often felt like a black British, African Diasporan, Caribbean Tapas of comedy. There is a real unique sense of humour running through a collective of African Diasporic voices drawing from their roots while also giving it a uniquely British spin.

So you are very close to your roots?

For me, my Nigerian influences are a part of me. And so those things that are inside of us, we can’t help it, but they usually make their ways into our arts.

Black sketch comedy seems to be more prominent than ever before, from Famalam in Britain tobA Black Lady Sketch Show in the US. Why is this important?

It’s important for black joy and black laughter to light up our screens. It’s important for the world at large to experience that. To see that blackness can also equal to joy, can also mean excellence and fun. That blackness is not just one thing as so often shown on our screens. It’s also important that we get to tell our own jokes just like other groups get to. That we get to reflect on our own experiences and critique them or shine a light on them which is what I believe to be a gift of comedy.

What’s next for you? Any plans to make something in Nigeria in the future?

I had plans to spend some time in Nigeria this year before COVID hit. I was planning to hang out with family while doing some research for a new project I want to write. Hopefully when the world starts up again, I still get to!

Church on the cloud • ‘What online service opened our eyes to’