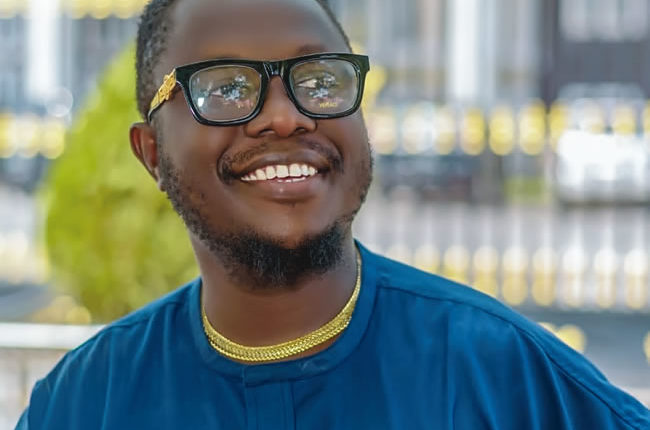 Charles Mmaduka is a geologist-turned-movie star. He has featured in over 50 movies with many renowned Nollywood actors and actresses. The British-published author in this interview by KINGSLEY ALUMONA, speaks about his humble beginning, his acting career, Nollywood, among other issues. Excerpts:

You studied Geology. Why did you abandon geology practice for acting?

It is a case of a man knowing and following his calling and bearing. I was forced to do sciences in school after emerging the best student in my local government and amongst the best four in my state. In my high school days, my English Language teacher, Mr Udeagbala of blessed memory, once gave me the punishment of washing all the toilets in the school for one full term just because I said I would be an actor after school. I studied Geology to please my parents and teachers. Art is my life. This is where I belong, by His grace. Meanwhile, aside acting, I am a British-published author. I am equally the first proofreader and editor of Obinna Udenwe’s ‘Satans and Shaitans’, which later won the ANA Prose Prize. Acting to me, is destiny. I am happy doing what I do. And that is all I yearn for.

When did you start acting in movies? What challenges did you face in your early years of acting and how did you overcome them?

I started acting about seven years ago. The challenge every new actor basically faces is the inability to secure the kind of roles you would love to play. Then comes the issue of earning peanuts. But then, anyone looking for a get-rich-quick source of income should not be in Nollywood. You must have the passion. Be consistent and persistent. Then you keep working on yourself and improving on your skill. Above all, stay prayerful. You don’t go into acting because you see actors living large. No. You would be disappointed. Passion brought me here. So, what many might see as challenges are actually things I see as stepping stones.

How many movies have you featured in so far, and which ones made you more popular?

I have featured in over 50 movies. The movies ‘Ada Dan Dollar’; ‘Ray of Hope’; ‘Blessed With A Curse’; ‘Marriage Bride Price’; ‘The Wind Is Coming’; ‘Beautiful Love’; ‘Secret of Labistar’; ‘The Lighter’,  etc., are amongst the best works I have done so far. They added a lot to my career because the storylines are spectacular and unique. There is something about an actor featuring in the kind of movies he has always cleaved for and dreamt about. By God’s grace, we now get to frequently feature in the kind of storylines we prayed for. And we keep praying for bigger and greater opportunities.

What kinds of role(s) do you like acting in movies, and how do you feel when people or your fans criticise you for some of the roles you play?

I love serious comedy and comic action roles. When I get criticised by fans, I go back to the drawing board to know where to work on. There is no ‘Pitakwa’ without the fans. I don’t mark your face! If you don’t get criticised, then you have not started. And if you get disturbed or discouraged by criticisms, then you are obviously not ready to learn and improve. My fans are my biggest critics. There is no me without them. And I love them massively.

Which major Nollywood actors/actresses have you acted with? And which ones would you do anything to feature with in a movie?

I have acted with Ramsey Nouah; Shola Sobowale; Sam Dede; Patience Ozokwo; Sylvester Madu; Sam Dede; Zubby Michael; Nkem Owoh; Pete Edochie; Yul Edochie; Ray Emodi; Queen Nwokoye; Rachael Okonkwo; Mike Ezuronye; etc. I would love to work alongside Genevieve Nnaji; RMD; Funke Akindele. These are people I have idolised for ages. There is this deep joy and happiness that come with being on set and acting alongside your childhood heros. God has really being faithful. And I tell you this, dreams come true.

No doubt, every Nollywood actor wants to go global. Do you have plans of acting/featuring in Hollywood/Bollywood movies?

I have plans of featuring in Hollywood and Bollywood movies. And I trust God to make it happen soon. We are just getting started. We still have a long way, a very long way to go. And God who brought us this far, will lead us to the Promised Land.

You recently renewed a multi-million naira ambassadorial contract. Tell us about the contract and how it is helping with your career and publicity.

Aside being the brand ambassador for Analands, which happens to be the biggest real estate company in Eastern Nigeria, I recently renewed a 5-year deal with Crystal Dave Marble and Granite Company, the biggest marble and granite company in Nigeria.  I owe it all to God. It strengths my belief and reassures me I am on the right path. You know coming from a poor home, with zero connections and backup, God has proven to be the bedrock and propeller of all we do. You may not understand the joy that comes with having your billboards on major cities and highways. God is truly not dead.

What three things do you not like about Nollywood, and what do you think could be done to address these things?

Three things I don’t like about Nollywood. The producers should learn to take care of the crew members well, especially the production assistants. There should be retirement plans and arrangements for veteran actors. Finally, the welfare of new actors should be greatly considered.

If you were the president of Nigeria, how would you transform Nollywood so that it would be at par with Hollywood and the like?

I would give them the necessary financial support, get them world-class equipment and set up a standard film village. Establishment of quality film school should come in place too. If we could achieve the much we have achieved with the equipment we have at the moment, imagine the wonders we will do when we have world-class equipment.

Are you currently working on a movie project?

I am about starting a new project with Sly Madu. The movie will be shot in Owerri, Imo State. It is a very beautiful story with great moral lessons. My character’s name is Pius, a hardened rogue from the hood, who carelessly wrecks havoc in a family and changes the course of the destinies of everyone involve.

You have passion for writing and books. Do you have interest in publishing a book? And what three books were your best books of 2021 and why?

I have a new book being proofread at the moment. It will be published in no distant time. It has been in the coffers for sometime now. My best books for 2021 and this early 2022 are ‘You Better Be Lightning’ by Andrea Gibson; ‘All That She Carried’ by Tiya Miles; and ‘Strangers of Braamfontein’ by Onyeka Nwelue.

What three things do people and your fans not know about you that you want them to know?

I am a total gentleman, unlike what most of my movies portray. I’m a church boy. My mother is a woman of God. I don’t drink. I don’t smoke. Actually, most of my movies depict the exact opposite of who I am. Again, I am a kid from the trenches, born and raised in a poor home. I be poor man pikin wey Baba God dey sorry for.

Why do you go by the name ‘Pitakwa’?

I did a movie − ‘Five Days of War’ − where I answered Pitakwa. When the movie came out, it sold greatly and people started calling me the character name I bore. At first, I was apprehensive and fighting people to stop calling me the name. But you know how it is, the more I fought, the more they insisted on calling me Pitakwa. I got tired of fighting. The name stuck. And today, I have come to love the name − Pitakwa. Meanwhile, my name is Amalachukwu Chukwuebuka Charles Mmaduka.

What advice do you have for upcoming actors and actresses who are aspiring to be like you?

Hold unto God and work hard. No man can make you a star. God alone makes stars. Also, in as much as they keep telling us that school is a scam, please go to school first. Get a degree. School might be a scam, but a certificate is always a plus. Go get it.

Most interesting thing(s) in school at resumption

Villain or Hero, I embody any role I am given —Chidiebere

Why sex for role thrives in the movie industry —Bukola Shittu