How Mr Ibu introduced me to Nollywood ― Sharon Okpamen 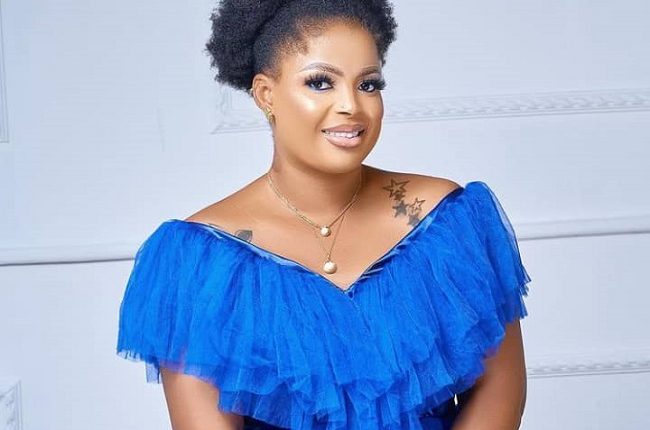 Although her first love was actually singing, which later paved way for her acting career, Mr Ibu’s assistance gave the needed push.

“I started my Nollywood journey in 2010, through the help of John Okafor popularly known as Mr Ibu,” she recalled in a recent chat.

Naturally, the Edo State born actress was quick to realise the import of her craft to her native Benin locale, one of which is female empowerment. “I started my acting career in Asaba where I realised there was much work to do in the Benin movie industry. One of which is to let the girl child know women have responsibilities just like the men and curb the excesses in society.”

At a point, Sharon Okpamen switched just so as to move a bit faster while maintaining her acting lane.

“I started producing when I realised that I have so many lectures to give to society through movie making. Being an actress will not make me achieve such dreams because I will only be acting according to the mindset of others. I came into the Benin movie industry as a producer in 2013,” she added.

So far, the multiple award winning actress has produced quite a good number of movies through her self-owned platform, Sharonny production enterprise.

However, according to her, some moments high and low, revolve around her acting career.

“My high moment in life is when I am acting or making movies and receiving awards get me to fulfil. My low moments in life are when am not acting or working or when I am around people that are not helping my life, that gets me so down and unhappy because I like being busy one way or the other.”

Aside from acting and filmmaking, Sharon Okpamen is a beauty and fashion enterprenuer; she’s enthusiastic about female looks. When she’s not on set acting or shooting, she says she shuttles countries, shopping for her business.

“I am good at acting and entrepreneur. When am not on set, am always busy with my businesses. I am the CEO of Sharonnyglamorworld where I deal with human hair, clothes, and all kinds of beauty accessories. So, aside from filmmaking, I frequently make shopping abroad to fill my beautiful home.”

IPOB, ESN not after me, my wife ― Umahi