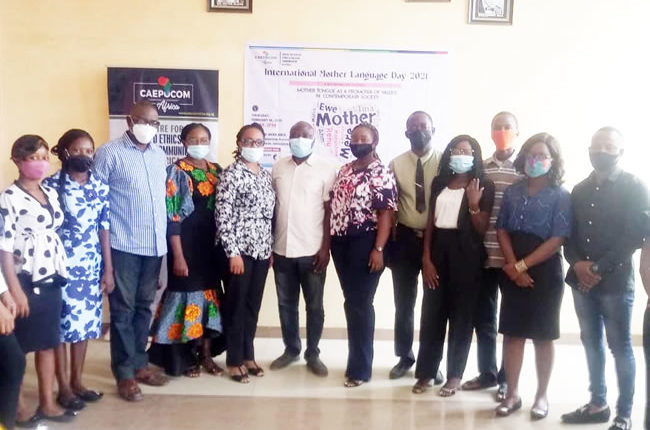 The importance and value of the mother tongue is critical to the development and identity of a people or nation to the extent it is celebrated globally every 21st of February.

According to the United Nations Educational, Scientific and Cultural Organisation (UNESCO), the idea to celebrate the International Mother Language Day (IMLD) was the initiative of Bangladesh. The day was approved at the 1999 UNESCO General Conference and has also been observed throughout the world since 2000.

UNESCO believes that 40 per cent of the world’s inhabitants do not have access to education in the language they speak or understand best and that linguistic diversity is increasingly threatened as more and more languages disappear.

As a consequence of this, this year’s theme of IMLD is ‘Fostering multilingualism for inclusion in education and society’. The theme recognises that languages and multilingualism can advance inclusion and the Sustainable Development Goals (SDGs) focus on leaving no one behind.

Here in Nigeria, to mark and celebrate this year’s IMLD, a group of scholars, teachers, art lovers, and students gathered in Ibadan, Oyo State, to deliberate on the importance of language to the Nigerian society.

The roundtable symposium which was convened by Dr Sharon Omotoso and sponsored by the Centre for Applied Ethics and Political Communication in Africa (CAEPOCOM), was themed ‘Mother tongue as a promoter of values in contemporary society’.

Dr Omotoso, of the Institute of African Studies, University of Ibadan, in her opening remarks, asked some critical questions about the role of language in the society.

“They say Nigeria my fatherland—a lot of times, we refer to Nigeria as our fatherland,” she said. “Yet, there are contradictions, because in the fatherland, we speak the mother tongue.”

In the course of her opening remarks, she gave instances where a Yoruba woman marries an Hausa man, what then would be the mother tongue of the child? “So, there are complications, and these complications have led to other complications in our society,” she said.

She noted that, growing up, there are several languages a child is exposed too. “So, what values does our language offer? What is the relationship between language and morality?” she asked.

Omotoso lamented that the future of language in contemporary times is bleak and that the mother tongue is gradually fading away. She stated that language is fundamental to our existence and that without language, a people have no identity, values and morals. “With time, we may not find generations that will speak the mother tongue anymore,” she said.

Elebute Ralph, a farmer, while explaining how language promotes values and morals in the society, stated that language is embedded in culture. He noted that the first language or mother language is the acquired language, while the other languages that a child speaks are learnt.

Gbemi Faleti, a geologist and artist, emphasised that if one is not fluent in his mother tongue, he cannot be fluent in any other language.

“If you look around, you would find that people who have make their marks in the English literary world are very good in their mother tongues,” he said.

He stated that gesticulation is part of the mother tongue, and that you can speak to your child in parables without opening your mouth to speak. He later went on to explain that language is given to the child by the mother and that is why it is called the mother tongue.

“When I had my first child, my intension was to teach him Yoruba,” Faleti said. “I did not want any of my children to start with English. But because my wife did not see it the way I saw it, none of my children started with Yoruba.”

When Dr Omotoso asked if the standards the colonisers, who made English our lingua franca,  are better than our local/native languages, Adebayo Adepoju, a school principal, noted that this misconception is as a result of the mindset people grew up with, that they were told that for them to function well in the society, they need the English language. “It was built in our system that English language is the standard, the accepted norm, while the Yoruba is not acceptable,” he said.

On how to make the mother tongue important as it was before, Ralph stressed that going back to the drawing board is the way forward, starting from the home, which is the foundation, to the religious institutions and then to the society at large. Gbemi emphasised the reintroduction of the mother language and literature in the school curriculum is germane in these times.

Omotoso summarised it all when she emphasised that, “Taking language, history and literature back into the curriculum is the way forward. So, what kind of curriculum are we going to have because students are complaining that there are many subjects to offer?”

Adepoju recommended that some of the unnecessary things taught in schools should be re-examined, if not removed. Ralph recommended that we should be upgrading our curriculum regularly to accommodate only the things that are relevant and that can solve the needs in our society.

The speakers and contributes at the event recommended that, since the value of language in the society cannot be overemphasised, it should be included in the restructuring agenda of the government, because it helps to define the identity, values and morals of a people and nation.

Analysing Nigeria’s name as a foundation of its troubles

Teaching parents to plan for their children’s future