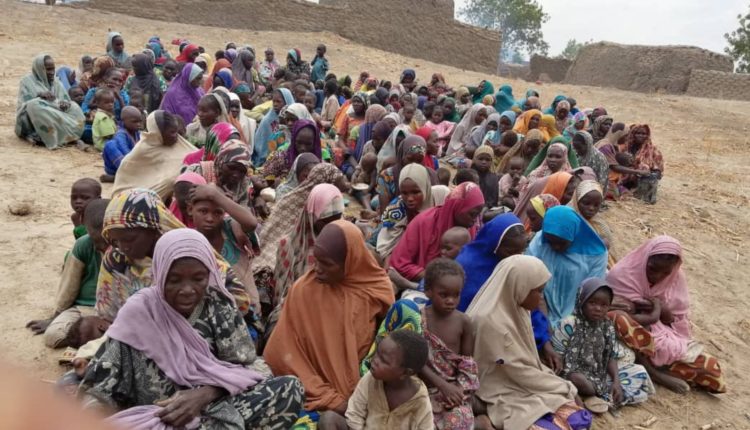 The Nigerian military on Thursday, May 28, gave details of how it was able to rescue 241 women and children found in captivity when it launched an attack on the insurgents in the North-Eastern part of the country.

According to the Nigerian Army in its twitter handle, the 241 captives, comprising 105 women and 136 children, were rescued from the insurgents’ captivity in Mudu Village, Rann Local Government Area of Borno State during one of the attacks launched by the soldiers of the Operation Lafiya Dole.

According to the spokesman of the Nigerian Army, Colonel Sagir Musa, “the troops moved further to a recently identified Boko Haram terrorists’ infested settlement – Mudu village where 241 kidnapped victims – comprising 105 women and 136 children were rescued from terrorists’ captivity. The village and other surrounding terrorists’ camps were equally destroyed by the troops.”

The military said some of the women who were rescued had stayed in the camp for some time, an indication that some of the children were given birth to at the camp.

All the women and children, who looked malnourished with some unable to walk, were immediately taken for medical attention at various military facilities in the state after they were rescued while the Commander of Operation Lafiya Dole, Major General Faruk Yahaya, disclosed that they would be handed over to the Borno State government immediately after their medical attention.

The military also said during the encounter with the insurgents who put the women and children in captivity, 12 of them were killed as they were fleeing the camp.