How leaders deal with fears 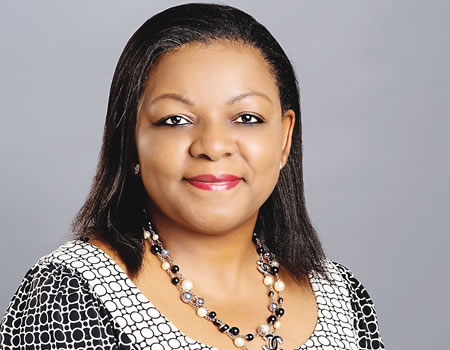 Leadership is quite exciting. It is a platform to transform people and situations through quality service. It is an opportunity to impact lives through the impartation of inspiration and encouragement. But as rewarding as leadership is, leaders are sometimes assailed by fears.

The purpose of fear

Fear serves a good purpose. Although fear can force people to abandon their dreams, abort their visions or put a lid on their potential, that is not its purpose. Fear is not meant to cripple or immobilize people as they journey through life, rather it is a warning signal about likely bumps on the road. Fear is a sign that things may not eventually turn out as planned. The human brain is wired to sense real and imagined dangers or problems ahead. Once this happens, some cells in the brain transmit the warning signs in the form of fear. So, having a fear about a particular situation, programme or activity is a normal human feeling. However, what is important is to realize that the fear that something might or might not happen is an invitation for a review of the process with a view to improving on the outcome. If properly managed, fear is supposed to provide a platform for excellence. When fear arises, it provides an opportunity to go back and cross the t’s and dot the i’s. So, what would have been an ordinary performance is transformed into a world-class feat. Therefore, the purpose of fear is to make us better, if we do not give in to it.

Leaders should rule with fear of God

Fear usually comes as a result of what had been heard or seen previously, not necessarily arising from the current situation. Those who had experienced failure in the past are wont to nurse the fear of failure. Those who had been disappointed previously are likely to be afraid of another round of disappointments. So, fear really emanates from experience.

Charles Darwin, the proponent of evolution theory, was at the London Zoo one afternoon when he decided to conduct an experiment. He pressed his face as close as possible to the glass separating him from a poisonous puff adder. Despite knowing that the adder could not by any stretch of imagination get to him, each time the snake lunged at him, Darwin instinctively jumped back several feet. He then asked himself why he was reacting that way despite the fact at his disposal. He was jumping to avoid the attack of the caged snake because of what he had been told and had learnt several times about snakes. So, dealing with fear starts with unlearning all the negative learned behaviours.

Basically, there are three different reactions to fears.

Ignore the fear and pretend it does not exist

Some people’s immediate reaction to fear is to ignore it and pretend it does not exist. Oftentimes, this reaction is borne out of the belief that fear is a retardant of progress. While that thinking is not completely devoid of merit, ignoring fear is a wrong route to take. Ignoring a situation does not change the situation just as pretending it does not exist cannot obliterate it. Ignoring a fear is a consequence of failure to face reality. Those who do not face reality are always shortchanged by events. Situations change when they are addressed, not when they are ignored. Wishing a situation away does not take the situation away. Ignoring a situation gives it an opportunity to fester. So, ignoring a fear is a wrong strategy because it is a placebo that does not address the real issue.

Get overwhelmed and crippled by fear

Another reaction to fear is to get overwhelmed by it. Being overwhelmed by fear is having an exaggerated view of the situation. This robs the leader of the capacity to think rationally about the situation with a view to taking the appropriate actions to redress it. The fact is that without subjecting the situation to profound reflection the likelihood of getting out of the rut becomes low. So, throwing up the arms in surrender in the face of fear will not change the situation. If anything, it could worsen the situation and compound the problem.

Recognise the fear and deal with it

The billionaire who never was

Ron Wayne, alongside Steve Jobs and Steve Wozniak, founded Apple Inc on April 2, 1976. Jobs had approached Wayne to assist with drafting documents for the proposed company and mediating in a dispute between himself and Wozniak. Wayne also drafted the company’s first logo and operating manual. For his effort, he was given a 10 per cent stake in Apple, while Jobs and Wozniak each had 45 per cent.

But 11 days after the incorporation of Apple, Wayne sold his 10 per cent stake in the company for $800. The stock he sold is worth $22 billion dollars today.

Wayne opted to let go of his share in Apple because he had been unsuccessful in starting a slot-machine manufacturing business before where he racked up thousands of dollars in debt. He was afraid that Apple would travel the same route so he decided to jet out before it got too late.

His words: “I could see myself getting into this situation again, and I was really getting too old for that kind of thing.

The fear of debt made Wayne throw away a golden opportunity to become a billionaire.

Wayne, now 83, says “I’m living off my Social Security and I do a modest trade in collectors’ stamps and coins.”

Wayne is the billionaire who never was.

The difference between the rich and the poor, the successful and those who are not, the adventurous and the lily-livered is whether they are challenged by fear or overwhelmed by it. Those who are overwhelmed by fear are often petrified into inactivity. They would rather hold on to the status quo than try a new thing. But it is not so for those who feel challenged by their fears. While they are not sure how things might eventually turn out, the thought of the likelihood of success dulls the effect of their fear. So, they despise their fear and fill their mind with the thought of how success in the venture would transform their lives.

Anyone can achieve anything in life if they will be man enough to knock the wind out of the sails of their their fears. Many high fliers are not much better than the downtrodden, but while the downtrodden are limited by the fear that they permit, the highfliers are launched into the sky because they knock off their fears.

How leaders deal with fear

Leaders deal with fear in various ways. Here are some of them.

10 steps to becoming a successful entrepreneur

Find out the root

Fear is always a pointer to something. Therefore, the first step in overcoming fear is to trace the root. Unless the cause is found any attempt to deal with fear will be futile, so probe until you get to the root of the fear. If while planning to launch a new product a fear keeps nudging, go back to the product and run a check through the process. Find out if there is a basis for the fear, check all the ends. If there is any basis for the fear, correct it and move on. If after several checks, you cannot find any, then go ahead with your plan.

Although someone has described fear as fake evidence appearing real, that is not always the case. Sometimes, fear is real. But no matter how real a fear is, it should not be allowed to have the final say. Fear should not be given the upper hand. The way to ensure that fear does not get the better of one is to confront it. An unchallenged fear will magnify in size and intensify its terror. One sure way to defeat fear is to do that which is feared. As put by Ralph Waldo Emerson, “Always do what you are afraid to do.” Once that decisive step is taken, fear beats a retreat and the courage and confidence to forge ahead come to the fore.

Focus on the vision

If given the chance, fear will cause a derailment of purpose. Fear may make a leader to shift from conviction to convenience, thus abandoning the whole essence of leadership.

For instance, many leaders are troubled by the fear of rejection. In some countries, leaders’ acceptance level is graded every time through surveys. Many leaders have come to accept this as a way of measuring their performance. While it is good to pay attention to such, the danger inherent in it is that it may determine what a leader does or does not do. An acceptance-seeking leader may begin to do things that will make him popular among the people rather than doing what will bring improvement to the nation or the organization. Leaders do not get result by doing nice things but by doing right things. So, a popularity-conscious leader is likely going to veer off his original vision to gain popularity. While he may eventually secure the rating he craves, the organization may eventually pay for it because the vision will either get delayed or derailed. Leaders are not supposed to be goaded by fear into doing what is nice; rather they should be inspired by fear into doing what is right.

The way out is to stay focused on the vision. A leader should never lose sight of what he set out to achieve. He must always remind himself of why he was elected or appointed into office. With this in mind, it is unlikely that he will allow fear from any quarters to pressure him into taking actions that are completely different from what he set out to accomplish.

Sometimes fear may result from failure to be thorough. Anyone who is not as exacting as he ought to be would be troubled by fear. To keep fear at bay, a leader should ensure that he leaves nothing to chances, he should do all he needs to do. However, the point should be noted that even when all that needs to be done has been done fear may still rear its head. But when this happens the leader is encouraged by the fact that he has not left any loose end hanging. As Art Williams says, all you can do is all you can do.

Occasionally when the nudging fear refuses to take its exit despite doing all that can be done, the leader should imagine the worst case scenario. The leader should ask the question, ‘even if this fear turns out to be real what is the worst thing that can happen?’ Answering the question and looking for means of mitigating the effects of the worst case scenario can produce the stimulus to discountenance the fear so as to achieve your aim.

An action in the right direction never fails to put fear to flight.

Why local media, entertainment industry should be purveyors of Africa’s narratives —Experts