How I stumbled into the Indian film industry —Actress Omisande

Despite the fact that she is far away fro m her country, she is still committed to add value and contribute greatly to Nigeria’s entertainment industry. India-based Nigerian-born actress and a graduate of Marketing from Babcock University, Omisande Kehinde, has seized the opportunity of her exposure to develop her acting career, which has brought her into the limelight. In this interview with SEYI SOKOYA, she speaks about her experience in the Indian film industry and her mission for Nigeria’s Nollywood. Excerpts: 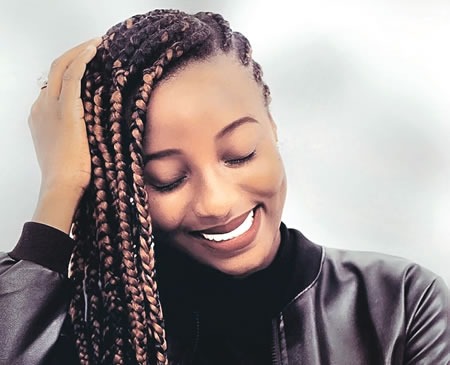 You have proved to be a versatile personality in the entertainment industry by showing interest in many aspects of the industry, how have you been able to achieve this?

I will describe my sojourn into the industry as a divine one. I developed passion for acting and movie production unconsciously and the experience has been awesome since then. Though acting has been something that I have always wanted to try since my high school days, but I made musical videos, funny skits back then and used to post on my social media handles such as Facebook and Instagram. I enjoy acting so much and my father made me watch Indian movies from childhood and when I got to India eventually, I developed the energy because I was able to have a real life experience.

Acting seems to be your new found love, what were you into before?

I am a movie fanatic. I have always been interested in understanding how many actors, especially back home have been able to play multiple roles. I see some of them as my role models. Of course, there are some known for certain roles, but I prefer diversity and I am never shy to show that I can be diverse because I have so many interests. I also think learning new skills are very important and you never know what could happen. Opportunities are presented to you based on your skill sets.

How has the experience been pursuing your career in the foreign land?

It has not been easy honestly, it has just been God and let me say this, I didn’t come to India to become an actress. I actually came to study filmmaking because suddenly I developed the interest in cinematography after completing my degree in Marketing. The experience has been good even though it is not that easy being a foreigner in a country like India.

How will you compare the industry in India and that of Nigeria?

I can’t really compare both because I haven’t worked in the Nigerian movie industry, but to what I have seen, I think I would prefer to work in my country home’s industry more just because I think it will be easier for me mostly because of the language. I really understand Hindu, which will make it a little bit hard for me, but all the same I think both industries are good to work in. I have a better plan for both industries. I will do my best to contribute my quota for the industries. I am committed to impact greatly to foster the industry especially that of my country by extending qualities that will improve the standard of the industry.

What did it cost you to worm yourself into the heart of the Indian acting industry?

No cost really because this is something I am good at and they see that. So, it was easy for me. I am delighted that I was spotted that I could add value to their industry and at the same time it is a welcome development that I am representing my country well. I see myself as a good ambassador of my country. I know that I could be a channel to promote the culture of my fatherland and at the same time blend it will the culture I am exposed to. I am sure it will be an awesome experience.

Could you recall the event that surrounded your breakthrough into their industry?

I think that would be my appearance in the popular film platform, Netflix web with a series film production entitled: Little Things, Season three. I think that was how I felt I had made a good impression that led to my breakthrough as many have suggested.

What is your greatest challenge as a Nigerian in the midst of Indians?

As I said earlier, it should be language barrier. Although, in Bollywood movies they speak English language, but Hindi is their main language. So, as a Nigerian in their midst, it has not been easy and if you watch ‘Little Things’ season three on Netflix, you would see that I spoke little Hindi and luckily for me, my siblings taught me some Hindi words when I came to India, so, when I see them on the script I know what they mean. (Laughs)

What are your plans to foster synergy between India and Nigeria in the entertainment industry?

I think there are a lot of opportunities. I have an example of someone who has made appearances here which shows that it is possible. I don’t know if it is up to me to foster synergy. Hopefully the authorities or agents or whoever has influence from both sides can see. I hope it is possible. I think it should be. Personally, I will do my best in my own way.

Aside acting, you have also been fortunate to feature in several advertisements. How were you able to achieve this?

Through my agent mainly and I ensure I give out a good work which I put into my acts. These of course increase the buzz around you and put your name up for further recommendation.

You claim that you will be delighted to feel the Nigeria’s acting industry; do you think you can blend with the system?

Yes, hopefully. I think I have got what it takes and I also believe I can do better because of my exposure and I am just in love with the art. I think I have a mission, which will be a game changer. Mind you, I am not coming with a concept of competing with anyone, but to make positive impact in the industry.

Do you have your parents’ support with your career?

Yes, definitely, my parents are my biggest supporters. They support me in every way and I really appreciate them for this.

Where would you like to see yourself in the next five years?

I see myself being a better version of myself no matter what I do in future. I really want to see myself grow as well as enjoy every aspect of whatever I decide to focus on.

How do you intend to explore your career in your fatherland?

The idea is to approach things one step at a time. Presently, I am enjoying the Indian atmosphere. Also, I am not in haste to make my mark in my country. But of course, I am ambitious and I hope my career can reach new heights and be highly regarded, appreciated and be able to inspire other acts outside the country and convince them that they can also do it back home.

Who are your role models home and abroad?

My role models are my parents. I have always looked up to them and I have followed in their footsteps from the beginning of my life, but if I have to choose within the acting industry, then it will definitely be Funke Akindele because she inspires me a lot.

Do you have any inkling that you won’t make use of your certificate when you were in school?

No, I had worked with my dad in management previously, so, I do have some experience. Basically I have a career I can pursue but if the opportunity to be an actres presents itself, why not try it out?

I am still pursuing a Master’s Degree in Business Administration at the moment, so, you just never know. Life is all about opportunities. Create them if you can and grab them once they present themselves.

Don’t you have any regret dumping you Business Administration for acting?

I have not dumped it. I am just being diverse. I have certificates for both fields- one for Marketing and the other for Filmmaking where I also learned a lot from top Indian actors. Just to be clear, I am not huffing and puffing around hoping to get something out of nothing because I have actually put a lot of work into my responsibilities. I have just always been interested in the entertainment industry while studying and now the opportunity to do something I am more passionate about, obviously and I am trying to make the most of this opportunity.

How many Indian film productions have you featured in?

I have featured in several films including, Sequence, Love your Wife, Out of the Woods, Little Things, season three, which is currently on Netflix. I am the first Nigerian in India to appear in a flim on the movie platform. Honestly, I see the whole experience as an adventure, especially with the Indian culture and mode of dressing. I discover they are passionate about promoting their culture in all ramifications, which has contributed to their selling point. We can also adopt this as an industry. Our rich culture is more than enough to be explored than importing foreign culture with the belief of boosting our industry.

Would you consider an actor if you eventually want to take a step into marriage?

When your partner is overly suspicious?