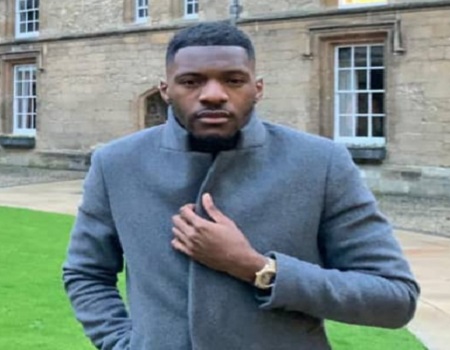 24-year-old, Daniel Ogoloma, an advocate of youths participating in the policy-making process is currently undergoing his undergraduate study in Anthropology at the prestigious Oxford University after bagging an unconditional offer.

Ogoloma in interaction with Tribune Online said he applied at Oxford after a failed attempt at Cambridge and was successful after lots of written work, examinations and series of interview sessions, which eventually paid off.

Ogoloma maintained that his zeal to achieving all-round success in life is evident in his ability to focus without letting distractions get on the way.

While he didn’t just focus on education since he got into activism quite early in life, but that didn’t deter him from being focused on his goal of achieving his dream.

“I am attracted to Anthropology as it gives me the opportunity to explore my love for learning, researching and understanding people; this is definitely my drive to embracing Anthropology. I am passionate about people hence my choice of subject, which is the scientific study of human beings,” he says.

Ogoloma has been a community leader in South and North London over the last five years, hosting fortnightly mentorship programmes for young individuals who need an extra push to fulfil their hidden potentials. He has been televised by Sky News and BBC to talk about his backgrounds, in 2017 he was able to mobilise his network and get over 500 young people, over 18 years of age to register and vote in the general elections.

He recalled that though even though he failed in his first attempt at Cambridge, it didn’t deter him; he prepared twice as hard, to make his way into Oxford, which is considered quite harder to pull through than Cambridge. In 2023, he will be graduating from the institution with a Bachelor degree.