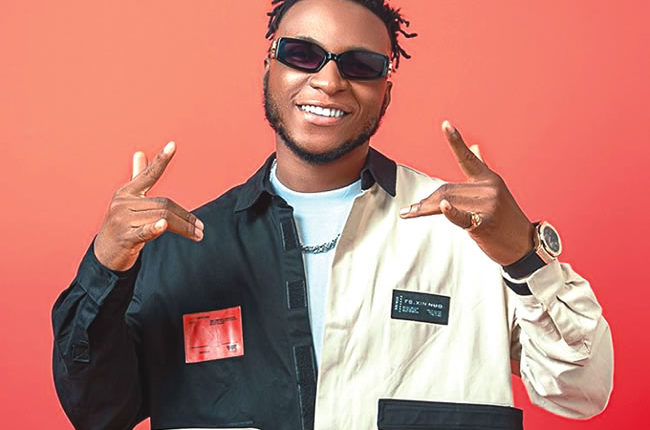 Ayorinde Kehinde Okiki popularly called DJ Kaywise is one of Nigeria’s finest Disc Jockeys and has been in the game since 2010. Born and raised in Lagos. The graduate of Business Administration from the University of Lagos who and recently won the City People Music Award for DJ of the Year (male category), speaks with FAVOUR BOLUWADE about how he rose to prominence without connections, among other issues in this interview. Excerpts:

Do you think getting to play in Big Brother’s house got you more popular?

I didn’t play at the Big Brother’s House until 2019 and my brand has been way bigger since 2015 via my mix tapes that cut across Nigeria and globally. So, it is not the Big Brother that got me the fame that I have today. It has always been there and I am really grateful for my fans every year. Big Brother is actually a platform that people get to see you play once; I have had concerts with 30,000 people and more.

How have you carved a niche for yourself among many DJs in the country?

I would say via my mix tapes, my street credibility; I come from the streets and I started with the street mixes that cut across a number of people. I have now rebranded my mix tapes – The Alaba mix tapes- I play as a club DJ, radio station DJ, wedding DJ among others. It is not really about how I started from the street but about how I have rebranded myself to be accepted by all and sundry, within and outside Lagos and Nigeria. I have done tours across the country that have put my name in very big spots in the countries I go to. I have put a lot of effort in gathering crowds at events, playing at parties, concerts, even which some artists cannot still do or some A-lists artistes cannot achieve.

How hard is it being a Disc Jockey?

It is very hard from the beginning if you are not making money. First, you do not have to be a DJ because you are seeing somebody prospering through the art. You must not do it for the clap. You have to be dedicated and make sure you also take it as your business. Put God first and even pray about it. At the beginning, it might be somewhat hard to make money or even publicise that you are a DJ. At the beginning, my parents didn’t support me and I had to go through six DJs to become a professional DJ.

In recent times, we have seen DJs collaborating with artistes to make music. Why?

I am collaborating with a lot of DJs presently via my ‘Wise-up party’ organised by my Academy – Kaywise Academy- which is how I give back to the society, training a number of young people to become DJs. So it is a party where we are bringing a lot of A-list artistes together for us to vibe and connect. We will work on the music definitely, help ourselves, but we need to create the love, relationship and the need for us to connect. Initially, there was no love. We need to get stronger.

What are the most popular misconceptions about being a DJ in Nigeria?

I think we don’t get the respect we deserve. However, it is actually getting better, because ten years back, I remember no one wants to even know who the DJ was but now it is different. People want to know who the DJ is, to show you we have put a lot of work into our brands in big ways. We have fought that misconception but really I want the industry to accept us the more.

What would you say is your biggest challenge?

My biggest challenge is me. I think I challenge myself more. I have gone through the worst of things in the industry back then when I used to be a boy; I have been slapped as a DJ but right now I am just making the money. I have paid my dues, made a lot of sacrifices that if people even get to know my stories, they will attest to that. I will say boldly that I have done the hard work and right now it is soft work. In the past I had done 30 mix tapes in a day, my club gigs were four hours and a radio gig was one hour. It is just like playing around but the businesses on the side make it better.

You seem to do well with beats while you play, have you been a drummer?

I am still the drummer boy in church; I used to play in church services back to back, so I had to infuse the drumming culture into DJ-ing. I remembered doing that drumming when I started and people all over Africa who listened to it were in awe. I am proud of how I infused it into the Disc jockey industry.

How would you describe your childhood?

I would say simple, straightforward and still kind of tough childhood. I had known what I wanted to do since I was about 15, 16 years of age. I got flogged a lot because of what I wanted to pursue as a dream. I didn’t make so many friends because I was pursuing that dream. I take family seriously and these are the people who have been there for me. I make them happy as much as I can. I always had a dream at that 15,16 age that I was always in front of people trying to have fun, that I was the one playing. I had to read about disc jockeying when a DJ visited my studio back then. It was difficult but I am happy I was able to achieve that dream.

Do you now sing?

I am an artiste, a DJ, a producer and I am a little bit of everything. My song with Naira Marley, Mayorkun and Zlatan is my latest which I released on my birthday. I have sung with Tiwa Savage, Falz, Tekno, Olamide, a lot of artistes.  For me it is just a little bit of adding something to DJ to a song for the fans to judge if it is good or not. As a DJ, I cannot put out a record I am not satisfied with. And really when I dropped it, the fans loved it.

DJs these days find their ways into radio or TV stations to get the publicity they think they deserve, but is this move enough?

I think you have to believe in yourself first, I didn’t start from radios, TVs or clubs. I never had any contact in the industry; no one ever called me to say they wanted me to play in the club. At that early stage I suffered on my own; from one mix tape to another, shared and sold my CDs on the street for almost five years before the industry started noticing me and I started playing at different events. My first gig was N4,000. I would say that and people would laugh at me, but right now I go on to collect N3,000,000 to N4,000,000 naira. It is all hard work; you don’t just sit down and expect TV or radio stations to come pick you if you are not relevant or you don’t know what you are doing. I started playing for a popular radio station because they saw what I was doing and they reached out to me. You have to actually have that fame so that in the future can look down on you. It is not about having the connections alone because the connections might not even work for you if you are not a good DJ. It is sweeter at the top though; making money steadily because you know you worked hard for it rather than getting up there because your dad or mum or someone connected you there.

What is the average capital you need to start a DJ job?

I think any amount is okay. I never had capital to start then, because, as I earlier stated, I wasn’t supported to be a DJ. I was saving then to buy mixers and now I have a number of them. You should not spend all; save.

You have other companies of yours where you train upcoming music enthusiasts, how is that coming for you?

We started the Kaywise Academy five years ago which is under the Kaywise Entertainment brand.  We train upcoming talents who want to play like me and better than me. We have over 50 graduates. We were supposed to have an amazing plan this year for the Academy but COVID caused a lot, we just thank God we are alive. We didn’t get a lot of students to register because of all the precautions.

God motivates me every day; it’s enough to be thankful for sleeping and waking up. I have had the dream and I want to achieve these dreams; but then, I thank God for each day. That brings me closer to my dreams. I also see my students do some things and it gets me amazed — that kind of thing motivates me too.

Who are your industry mentors?

What should we look forward to from your brand in a couple of years from now?

Expect the best of the best; events, concerts and others. I am trying to make myself happy and people out there.

Put God first in all that you do. Believe in yourself, invest in yourself, and get value for yourself especially if you do not even have a connection. Things will make sense eventually.

‘COVID-19 may cause male infertility’