Entrepreneurship+
By Adekunle Sulaimon On May 3, 2021 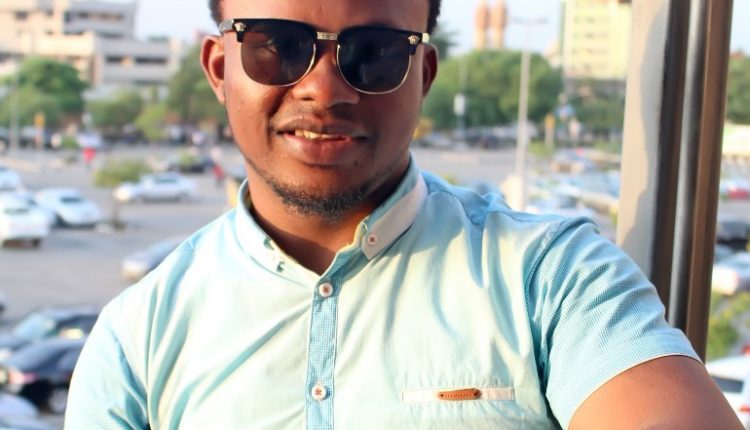 Ikwu Onyeka is the Chief Executive Officer (CEO)of one of the leading nigeria’s car marketplaces. In this interview with Entrepreneurship+, he spoke on how he built carmart to an enviable height. Excerpts:

Carmart’s success story will not be surprising to those who have followed Ikwu Onyeka’s life story, as times without numbers, he has shown that he possesses the Midas touch to run a company to an enviable height.

Ikwu Onyeka is a man of many interests. He’s a frontend developer, has some experience as a social media manager, and has engaged car dealerships. Onyeka has successfully brought these aspects of his professional life together at Carmart Nigeria, which he launched in 2019.

Despite not having an engineering or communications-related background, Ikwu tells us that he always loved technology.

This drove him to start the company after learning from his elder brothers who are into car part selling. He said: “My elder brothers are into car parts’ sales, and I know within myself I won’t further my education after secondary school at that time. I perfectly understood my family can’t afford me going to higher institution, so I was thinking of what I can do to help my brothers sell their parts so they can make more money so as to assist me in growing, and the only way I can do that is bringing customers to them, so I ended up creating a Facebook page called Naija Carparts, so when one requests for a car part, I forward that to my brothers, and I often get requests outside our shop locations, so I thought of how to make it possible connecting everyone not minding the location without having to be known by my brothers.”

“My expertise in web development earned me an opportunity to get a job at Alabian solutions, an integrated web solution provision firm based in Lagos with expertise in web development, mobile app development where I worked as a personal assistant to the CEO and also a tutor of web design and digital marketing. In the process of learning, I understood that building a web application can make it easy for the process, then the idea of carmart.ng came, instead of connecting only my brothers, I thought of connecting more vendors in all kinds of automobiles. It was late in December 2018 that I conceived the idea, and I had initially planned to spend Christmas in my hometown, away from Lagos, I had to jettison the trip and spent my travel budget on building the Carmart.ng website.

Reacting to what makes Carmart unique from others, Onyeka asserted “In carmart, we allow dealers or an individual to list their cars of choice, including the car’s conditions, features, pricing (negotiable or not) and damages if any. So, interested people all over Nigeria with comfort of their mobile device not minding their location will have full access to view those cars, car pricing, car conditions and other information made available by the dealer, including the dealer’s contact info, they will get across to the dealer via online chat, WhatsApp chat, or direct phone number to either negotiate or get more details on the purchasing process, as the case may be.

Onyeka believes that the success so far achieved is as a result of the mindset that went into the task as he posited that, “Organisation do not become the best by themselves but can become the best if the individuals who drive them have the necessary mindset to make it so. This is why I say vision is nothing without the right attitude or mindset to push it to success.”

While attempting questions on what brand of cars Nigerians love most, he said “For decades now, different car trends yearly, It started with Toyota cars, down to Mercedes Benz but now both cars are just within us now, but Lexus cars are taking over the trends.

ALSO READ: 70th Afenifere anniversary: We are justified for not supporting Buhari — Fasoranti

According to Onyeka, cars are for the rich. I must tell you the truth, nothing to lie about, most times cars don’t bring income rather it is for easy movements and less stress, except if you commercialise it, that is the only way you can make money having a car.

Speaking further, he said: “Cars are not cheap as many erroneously believe, rather the condition of a car will make it cheap, most people think buying cars with N1million is cheap, that is not true, because the said vehicle might not last for just a year, so why spend such amount of money on something that won’t last long? So I will say, it’s all about your budget, there are cars of 500k and also a car could also worth N1 billion.

One of his cardinal points of his life is mentorship, and he has been involved in mentoring the youths over the years, despite his busy schedules, he still mentors and gives direction to the youths. He believes in developing their emotional intelligence, with high expectation that his impacts will outlive him in their minds.

He believes ‘carmart’ will be the only preferred choice in all kinds of auto purchase in the next five years.

Onyeka augmented that carmart also has a scheme where you can buy a car and pay twice, amplifying that “in April 2021, we partnered with Credpal. CredPal is a revolutionary credit solution geared towards providing seamless credit access for businesses and individuals across developing economies.

So with Credpal, potential buyers; both salary earners and self-employed can get a credit to finance any car of choice, making full payment to the car dealer/owner while paying monthly to Crepdal, and it has been working smoothly with at least 10 requests daily.

70th Afenifere anniversary: We are justified for not supporting Buhari — Fasoranti

‘My passion is driven by solving tech issues’

Entrepreneurship Diary: I have no regret quitting education for my passion —Tesa…