Features
By YEJIDE GBENGA-OGUNDARE On Mar 5, 2021 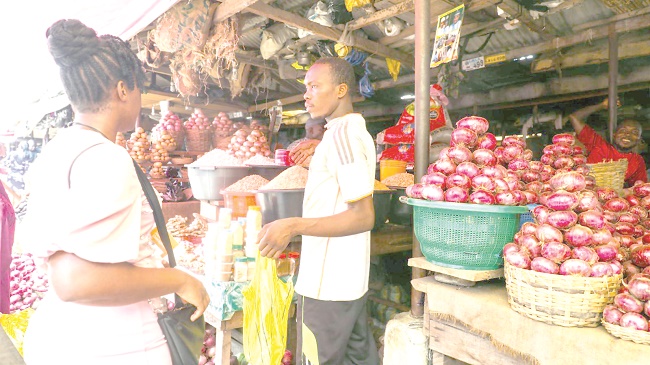 As prices of food commodities continue to rise astronomically resulting in increase in overall poverty, experts have stated that the family may come under siege, predicting that increase in poverty will increase toxicity in homes, chip away the unity within many families and lead to increase in cases of domestic violence. YEJIDE GBENGA-OGUNDARE reports that stakeholders and experts have advocated appropriate policy response of social protection to help victims.

Though for decades, global prices of food commodities have risen at an alarming pace causing major concern in the society because high food prices come with significant setbacks with immediate obvious effects like increase in poverty, poor nutrition, social instability, insecurity and poor economic growth, among many others. The situation in Nigeria is peculiar as many factors have added to perceived damage to food security with terrible effects on the people.

While hike in the price of some commodities may not affect everyone directly, it is not the same for food which is essential for survival as the most basic of human needs. Consequently, food insecurity is a major issue that affects all men and the effects cut across different spheres of life with debilitating consequences.

Families that already live below the average for existence by foregoing meals on regular basis, lack food that is even nutritionally inadequate, are unable to feed their children and do not know where the next meal will come from are now faced with more serious challenges as those that used to help them with leftovers are also facing the challenge of having enough due to rising food prices.

While this leads to increased poverty across the board, experts have warned that this may be the least of the problems as the tension from increased poverty may lead to more cases of domestic and intimate partner violence.

This prediction, according to social welfare officers, counsellors and psychologists that work with family and violence is not a fallacy and has a greater chance of becoming an immediate reality in the country.

Ajibola Adedeji, a welfare officer and volunteer with Beth-Zion Ventures, a youth and women empowerment organization stated that, “if experts are saying that cases of violence will increase, they are only trying to tone down the seriousness of the issue because even before food prices became this high, the poor financial situation had torn many families apart while many others now live in tension and toxicity that affects the psychological and emotional development of the children in that family.

“In many cases of domestic violence that we have mediated in as an organisation, issues of violence when we take time to find the root are usually tied to issues of finance and now that even those that used to be average are now lamenting, it is sure that the family will be under the siege of violence even in homes that have never experienced such. And when we talk of violence, people should know it is not only physical; we also have financial, emotional and psychological violence,” she said. 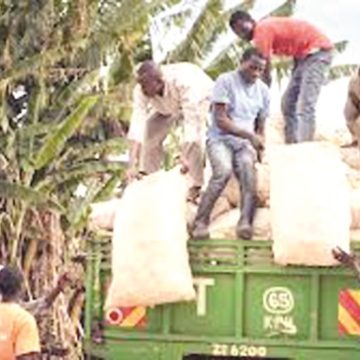 Adedeji’s assertion and those of other experts are indeed believable considering the fact that the Muhammadu Buhari led administration’s hopes and promises to ensure Nigeria becomes self-sufficient in food production may never materialise. The reality facing the country’s agriculture sector is that it is stunted and growth seems almost impossible, especially in the South West and other regions where invasion of farmland and insecurity has made many farmers abandon the farms and go bankrupt.

The issue of farmland invasion against the backdrop that as far back as the year 2016, the growth rate of Nigeria’s agricultural sector and crop production was said to have declined by 42 per cent indicates that there is no respite in sight. The boom in Nigeria’s population also adds to the challenge as the country cannot even feed the present population and the future of the country’s economy is not predictable considering the fact that the dependence on oil is a great disadvantage since prices have dropped at the global market.

Is it likely for food security and sufficiency to be achieved in the foreseeable future in Nigeria which at present cannot feed its populace, but is predicted to become the world’s third most populated country by 2050 and the second-most populated by 2100?

In its report on cases of violence in Oyo State, the Oyo State Sexual and Gender Based Violence and Response Team (Oyo SGBVRT) stated that in many issues treated, most women face financial intimidation in their homes and are abused in various forms due to issues of finance. Also, the team added that most women are forced to stay with their abusers because of lack of financial independence and the fear of financial survival.

Indeed, food insecurity puts the sources of livelihood of millions of poor Nigerians at risk and according to Mrs Diupe Awosemusi, team leader of Oyo SGBVRT, “the risk is particularly high for children whose families are torn apart under the challenge of making ends meet. Often, they watch their fathers pummel their mothers while the women, in defence, verbally abuse the husbands. Poverty and lack are strong indicators of violence in homes.”

Speaking on the issue, a social analyst, Tomilola Aditu, stated that “it is unfortunate that the government does not take the issue of violence seriously enough.

What happens in the homes affects society; children from violent homes take out their frustration on the society and hunger is a strong factor that leads to violence. It is said that a hungry man is an angry man. It is just pathetic that government’s responses to the challenges of farmers and the 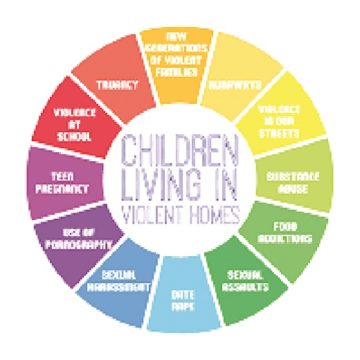 consequences of rising food prices are inadequate because the real issues are not addressed.”

According to experts, the impact on poverty generated by an increase in the price of food is devastating on average families. Reports say the poor spend between 60 and 80 per cent of their income on food averagely and the increase in domestic food price means many cannot afford to feed themselves on what they earn again.

“Statistics shows that an increase in food prices will make many of the already poor worse off and make some of the near-poor, that is, the households with incomes just above the poverty line join the poor. High food prices are bad for the poor because most of the poorest of the poor even in rural areas where agriculture is the dominant activity poorer and they, in turn, become frustrated. Frustration is a trigger to violence. When people lose purchasing power, they have issues with self-esteem and are quick to lash out. Those closest to them like their spouse and children bear the brunt more,” Aditu stated.

Awosemusi explained to Nigerian Tribune that the effects of violence are not felt, only by the victims, but also by the society as a whole, adding that it is costly and should be tamed. According to her, the effects of violence range from death, emotional and psychological trauma, illness, injury and disability as well as substance abuse.

“Reports indicate that domestic and family violence is the leading cause of death, illness and disability for women under 45 years of age, the devastating impact on an individual’s physical, mental and emotional health includes depression, shame, anger and suicide while victims may use substance and drugs to deal with the pain.

“The threat of violence at home creates fear and can destroy family environments and lead to the break-up of families, regular household conflict leads to children growing up without learning about positive and respectful relationships and this affects the society. It leads to higher rates of alcohol and other drug use and mental health problems. More than 50 per cent of children that grow up in the care of women who experience violence don’t have to see the violence to be affected by it,” she said.

According to her, everyone must see violence as a general challenge  because what the victims do affects the society at large, adding that where domestic or family violence exists, the home is not safe or secure and children are scared about what might happen to them and the people they love.”

According to experts, as food prices continue to soar across Nigeria leaving citizens paying what they do not have for food amidst the effects of a deteriorating economy which slips in and out of recession with households that are among the highest consumer expenditure on food in the world, it is time the government takes steps to cushion the effects of rising prices before it will add to what ails Nigeria.

They are of the opinion that for a country that depends on imports to sustain itself, the closure of Nigeria’s land borders with Benin, Niger, and Cameroon, have already added to the unfolding food crisis which has now been compounded by insecurity on the farms and is already laying siege to the foundation of many families due to loss of income and inability to feed adequately.

And as experts advocate the creation of social protection programmes and policies to cope with rising food prices and effects of poverty on households and family and respond to shocks, they also urge people not to bottle up frustrations as this is a strong factor that can lead them to commit acts of violence especially in their homes.

Foundation starts empowerment of 50 people in each LG, LCDA in Oyo state

Rising cases of suicide: Reasons some Nigerians are taking their lives