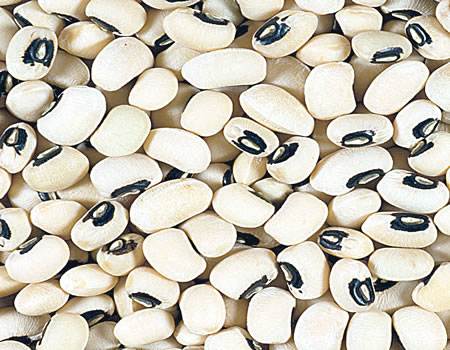 Salihu said in a hectare of beans, he saves over N20,000 he spends buying chemicals to control Pod Borer insect because the GM eans resists the insect.

Pod Borer insect or Maruca Vitrata is an insect which destroys beans while on farm. The insect has the capacity to destroy over 80 per cent of beans while on the farm.

This was after the National Biosafety Management Agency (NBMA) approved the environmental release of the PBR Cowpea.

“I sprayed the chemical 3 times on PBR Cowpea while with the conventional cowpea, we spray at 6 days interval with a total of 7 to 9 sprays”.

“Cultivating 1 hectare of conventional variety of cowpea, a farmer would spend about N26,000 to purchase chemical and labour, but for PBR Cowpea, I used 1 and half litres of chemical which cost about N6,000”.

In terms of the Pod, Salihu said they are the same but the PBR Cowpea produces a slightly bigger seed compared to the conventional variety.

Regarding the maturity, the farmer said the PBR Cowpea needs about 70 days to mature for harvest while the conventional one takes about 85 days to mature.

The Trial Manager of PBR Cowpea, Mohammed Umar from the Institute for Agricultural Research (IAR) Zaria, explained that “PBR Cowpea was developed using modern technology, the scientists tried to find out the resistance to Pod Borer insect, but the couldn’t because there is no way you can develop such variety using conventional means, so that is why we go into using modern technology.

“The gene that confers the resistance to this crop was identified from a soil bacterium called. Bacillus thuringiensis which is harmless”.

He, therefore, said” “n the nutshell, I will say that this GM cowpea is very safe for food feed and environment”