Real EstateProperty and Environment
By Dayo Ayeyemi, Lagos On May 25, 2021 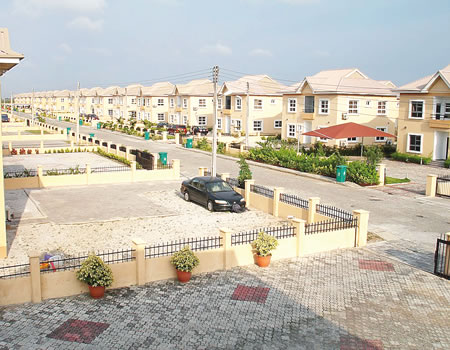 Almost nine years the Federal Mortgage Bank of Nigeria (FMBN) suspended the Estate Development Loan, popularly known as EDL due to various abuses ranging from defaults in loan repayment to diversion of funds by developers, the bank said it has reactivated the cheapest construction facility.

Fresh investigation by the Nigerian Tribune has shown that many of the hitherto abandoned housing estates due to loan defaults running over N100 billion and suspension of EDL have been fixed by the apex mortgage institution.

It was also revealed that the bank has adopted a business model to guard against abuse and loopholes associated with the loan before its suspension.

EDL is an estate construction facility granted to government-owned investment/property development corporations and private estate development firms at a fixed rate of 10 percent for a 24-month tenor.

The loan window was created to increase the stock of mortgage-ready houses. It was, however, suspended since 2012 until its reintroduction recently due to popular demand.

In a telephone chat with the Nigerian Tribune, one of the spokespersons of  the bank Lawal Mohammed confirmed that the EDL had been repackaged, while all abandoned housing estates by the loan defaulters had been transferred to other developers to complete.

In certain cases, he said the bank commenced the sales of the houses if the work done was not commensurate with the loans already advanced.

“In some, we do arrangement; sell all the houses as they are to organisations. A typical example is the arrangement in Kaduna State where the housing units were sold to members of the Federal Roads Safety Corps and other members of the public through rent to own by using some developers with proven credibility,” he said.

Presently, he said the reactivated EDL is now being given through organisations, labour unions and cooperatives in order not to repeat past mistakes.

Managing Director, HOB Estates Limited, Chief Olusegun Bamgbade, in a recent interview, said that if the nation is serious about bridging the 17 million housing units’ deficit, cheap construction finance such as EDL should be encouraged.

He called on the Federal Government to expedite action on the recapitalisation of the FMBN to the tune of N500 billion so that the bank can perform its functions of mortgage and housing finance effectively.

In order to integrate the non-salaried informal sector, which constitutes over 80 percent of the Nigerian population into the NHF Scheme, he stated that individuals have to be mobilised to contribute to the fund through cooperative societies so that they could access individual mortgage loans.

“Cooperative societies can obtain estate construction loans to build houses for their members,” he said.

Only God can console me, says Asaniyi, late pilot’s father

We are prioritising decent homes for low-income Nigerians —Adewole