•Industry to suffer more over duties reduction on imported vehicles 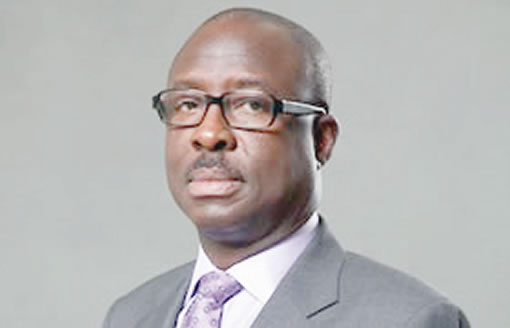 The automotive industry in Nigeria is one of the poorly regulated sectors in the country, a development which has given birth to the surge in the use of second hand vehicles.

Nigeria produces less than 10 per cent of the vehicles used in the country. Primarily, a few companies like Hyundai and Honda assemble in Nigeria; the parts are imported as knock-down and not produced in the country.

The Federal government initiated an Automotive Policy in 2014 in a bid to provide a framework that will support automobile companies, boost local content and establish a vehicle financing scheme that would provide funds for citizens to buy new cars.

In trying to implement the automotive policy, the National Automotive Design and Development Council (NADDC) increased tariff on importation of new vehicles to 70 per cent as a way to discourage Nigerians from buying vehicles fromoutside the country.

Nigerian Tribune investigation revealed that the implementation of the automotive policy has been a challenge while the pioneer companies under the programme struggle.

Speaking to our reporter, the Lead Sales Manager of Honda Automobile Western Africa, Remi Adams revealed that government was originally to be at the forefront in patronising the vehicles assembled in Nigeria as a way of encouraging the local manufacturers and being an example to Nigerians.

The manager noted that government was not doing enough to boost the market of the few companies that are already on ground assembling in the country.

“What is the government doing to boost the market, now,

“One of the conditions in the Automotive Policy is that all government vehicles would be bought from the assemblers in Nigeria.

“Why did they say that? Because it will promote the purchase of made in Nigeria vehicles and this is the reason why other companies accepted to come and invest. Now that they are here, government is still buying

vehicles that are not assembled in Nigeria”.

He explained further that the “Auto policy is the responsibility of government itself. In actual sense, it is the federal government that is not serious with the policy. The power to purchase new vehicle lies with the government” Adams stated.

According to him, “there is no local content in the course of assembling vehicles in Nigeria apart from labour. Let me explain something to you, Honda doesn’t produce the entire parts for all the vehicle: the glasses, the seats, the airbag and the brake pad. They are supplied by the company that produce component parts. Now the NIDP is a 10 year from 2014 to 2024 and the condition for the assembler is different from that of the government.

“On the part of the government, they have been given the period to work with pioneer companies till we get to 2024, and all of the things that governments say they will do, they are yet to do any. Government is supposed to provide the platform which vehicles assembled in the country will be sold and subsequently increase their sells, which will in turn encourage local content,” he stated.

Although the Federal Government had promised to unveil a vehicle financing scheme years ago that would afford Nigerians the opportunity to purchase vehicles with only 10 per cent of the market total price of the vehicle, and window of many years to pay the remaining balance at an interest rate of six-eight per cent. The scheme is yet to take off after many years.

Again government through National Automotive Design and Development Council (NADDC) had promised to establish three automotive industrial parks and three automotive testing centres in Zaria, Enugu and Lagos. These are still at the level of promises.

The Director-General of NADDC, Jelani Aliyu had in April, 2019 acknowledged that the Automotive Bill before the National Assembly would eliminate the bottlenecks that are hindering smooth implementation of the auto policy in the country.

Aliyu had explained that, “in other nations, when you want to buy a vehicle, you go, you put down 10 per cent to 15 per cent, you drive off with the vehicle and you pay for it for a number of years at just six per cent interest rate, but that is non existence in Nigeria.”

He faulted the existing financing scheme in the country, adding that the Council had concluded plans with

“We have funding, we are going to be working with these three banks, and we will soon be rolling out what we call the Automotive Vehicle Finance Scheme,” Jelani noted.

While Nigerians await the vehicle financing scheme, few weeks ago, the Nigerian Custom Service (NCS) reduced duties on imported vehicles from 35 per cent to 10 per cent as a way of easing transportation cost.

The Controller General of the Service, Hameed Ali said the tariff reduction, as contained in the 2020 Finance Act, was initiated by the NCS to ease the cost of transportation in Nigeria.

“We are the proponents of the new tariff. I’ve been torn apart by many people criticising it, saying I used my connection to get it done. But it is in the overall interest of Nigeria” he stated.

While this may be good news for an average Nigerian who cares less about driving a new car, it further throws more challenges to companies that are assembling in the country as well as the automotive policy.

This reduction will also see an upsurge in the importation of used vehicles which are cheaper and affordable, thereby affecting the market for new vehicles negatively in the country.

The Nigerian automotive industry has already been overtaken by old vehicles because new vehicle prices are well above what citizens can afford.

An official of the Stallion Motors who spoke to Nigeria Tribune under the condition of anonymity complained about sales. “The policy is redundant because government had not put in place necessary infrastructure for the policy to prosper.”

He said the country was not yet ripe for the policy “as there is no electricity to power the assembling plants, no local content; we just bring in knock-down parts and assemble them here. Government is not even consistent in policy initiation; this is also creating problems for the industry.

“When the auto policy was announced, without due consultation, government went and increased tariff on new vehicles to 70 per cent without first putting infrastructures on ground to support local production, the result is the smuggling that is taking over the industrial, why, because tokunbo (used) vehicles are cheaper and affordable, so many Nigerians are going for used cars and the market is booming.”

“The country is not receiving good patronage because they cars assembled here are relatively expensive because the cost of production is high, so there is no wide difference between the cost of cars assembled in Nigeria and those imported which defeats the aim of the policy put in place to make available new and affordable vehicles in the country,” he explained.

“If government can provide an environment where Nigerians can afford new cars at an affordable rate, more people will buy new cars and as a result, smuggling will reduce due to the reduction in demand for used vehicle” he stated.

Though the Minister of Industry, Trade and Investment, Dr Richard Adebayo said recently in Abuja that government was reviewing the automotive policy in order to carry every stakeholder along in the implementation process, for now, we wait and hope for change.

Buhari should step aside in the face of security challenges —Ilesanmi