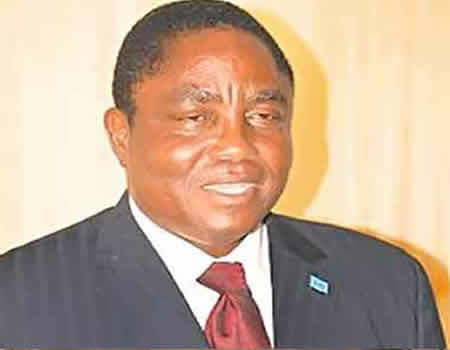 Conflicts and Corruption are some of the reasons for poor investments in the Niger Delta region, experts and civil society organizations (CSOs) have concluded.

Speaking at the premiere of a documentary film titled: Time for Collective Action Against Conflict and Corruption in the Oil Rich Niger Delta, the experts attributed the near absence of key investments like industries and infrastructure to what it referred to as  “conflict Entrepreneurs”.

The research, which culminated in the documentary was conducted by African Initiative for Transparency, Accountability and Responsible Leadership (AfriTal).

A lecturer at the Niger Delta University and consultant to the project Dr Zibima Tubodenyefa identified conflict entrepreneurs as responsible for activating violence against planned investments in order to collect rents.

“We realized that what these conflict entrepreneurs do mostly and very effectively is to stoke legacy issues, ethic issues, land disputes among others, apart from using the instrument of ignorance against the people to their personal advantage”, he said.

“We realized that they have information and they control information around these investments very well, so what they let out is oftentimes half-truth or a misrepresentation of the facts. They stoke sentiments and people act. They become key stakeholders when it gets to a point of negotiations,” he lamented.

These group of persons who cut across government, its agencies and the host communities are said to be feeding fat on the current rent-seeking system they operate and ready to stall investment in the region that is not to their personal benefit.

The documentary screening was sponsored by Facility for Oil Sector Transparency and Reform in Nigeria (FOSTER) is titled: “The Impact of Corruption and Conflict on Investments in the Energy Rich Niger Delta Community.”

The convener of the documentary, Dr Louis Brown Ogbeifun, however, encouraged Nigerians to hold the government responsible and accountable for failure to provide social amenities, infrastructure, and encouraging pervasive corruption in high places which has left the people poorer than they were in 2018.

Dr Ogbeifun also said “these are individuals that have turned themselves into principalities and powers who must be worshipped and consulted without which no investment can prosper in the Niger Delta region.

The experts cited a clear example of the Gas Revolution Industrial Park, Ogidigben in Delta State and the Gelegale Seaport in Edo State which have failed to kick off despite the preparedness of foreign and local investors to invest in projects and the enormous economic benefit were stalled by community leaders in collaboration with their allies in government  by initiating conflicts

Making his contribution at the event, Dahiru Modi, a consultant to AfriTAL  described what is currently happening in the region as a veritable conflict market.

“To understand what has happened and what is happening, we have to understand that just like we have the very functional political market place in Nigeria, we have a functional conflict marketplace in the Niger Delta and like every other market, it functions on demand and supply.

“You have the government officials, you have the commissioners, the ministers, governors, presidents, on the other hand, you have the people who have money, that is investors and then the communities. We have thought them to be isolated but from our research and engagement and arising from trend analysis of the specific outcomes associated with plan investments in oil-rich communities we have come to realise that the dynamics are evolving, you realise that the actors we thought are disconnected are actually connected,” he said.

The panel, however, recommended the inclusion of women in the decision-making process at all levels in the oil and gas value chain, by incorporating them into the frameworks for conflict resolution.

According to them, the government must recognize the existence of conflict entrepreneurs and how to checkmate their influence among other recommendations.