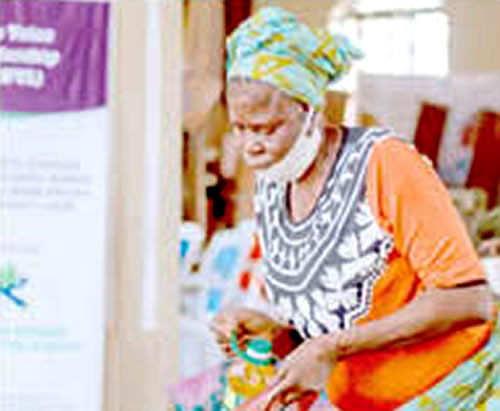 Thankful is a buttom-up research and filmmaking venture that sheds light on the experiences of elderly women in Itedo community in Lagos State, during COVID-19 lockdown.

The documentary captured the gratitude of some of the women to three development organisations that came to their aid.

They were thankful for their support during the lockdown, while also letting them know that they were still thriving.

Women’s Voice and Leadership (WVL) project is an initiative funded by the Global Affairs Canada through Action Aid Nigeria.

It is a participatory research, capacity building and advocacy project that advocates for the wellbeing and rights of elderly women in home based care in Itedo community in Lagos State.

According to the Executive Director of CGE, Uchenna Idoko, “The project seeks to draw public attention to the alarming rise of elderly women’s abuse in Nigeria’s communities over the past decades, focusing particularly on building the voice of the elderly to influence policies that will bring out sustainable care for all elderly persons especially women in Lagos State.

“The programme is dear to us in CGE Africa. We are running two programmes, one in Lagos and another in Enugu.

“The aged live and die for their children. They take care of their children and grand children, yet, they end up being abused and neglected in their old age.

“Nobody talks about giving them supplements or age appropriate food. People give them carbohydrates instead of fruits, supplements and so on.

“Many of them are locked up in the house and nobody engages them in social interactions. Since we started the project, they are always eager to attend our meetings instead of staying at home.”

Idoko explained that CGE has been teaching the elderly women how to enjoy music again, how they can stay fit instead of living in a compact environment, on nutrition, sleep and rest and how to appreciate nature.

To further reawaken their spirit and cause them to socialise more, Idoko said, on October 1, which was the Global International Day For The Elderly, CGE organised a football match between the elderly women and primary six students of Itedo Community Primary School.

How Bello is changing governance narrative in Kogi —Deputy gov