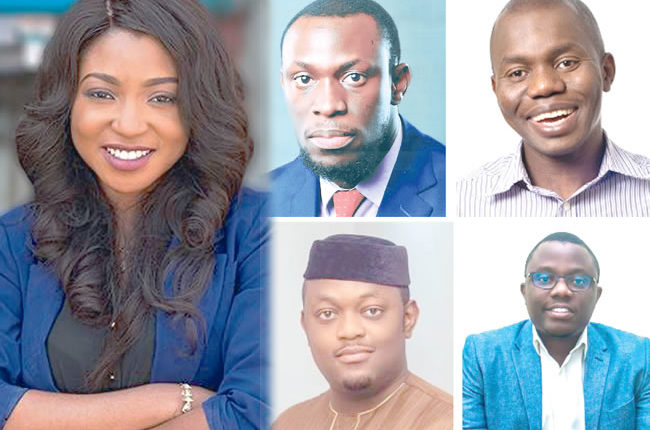 The chief executive of an organization is also the chief marketing officer because a critical part of his brief is revenue generation. This is so because it is an organization that consistently generates revenue that will perpetually remain a going concern. Ensuring that the company remains viable so that he can hand it over to the next generation of leadership is a critical part of the CEO’s tasks. It is for this reason that some organizations opt for those with marketing background when in search of a CEO. As a result of the importance of sales to the sustained success of the company, it is imperative that the CEO should create an enabling environment for those in sales to thrive and achieve targets set for them by the organization.

Experts are of the opinion that it is not out of place for the CEO to find occasions to lead sales campaigns to break the grounds for his staff and also have first hand information about what is happening on the field so as to know what he needs to do to help his sales team.

One of the best ways chief executives increase their organization’s sales performance is by coming up with policies that give them liberty to give their best not just to the organization but also to the customer. The essence of a company is not to make money, it is to create customers. In other words, a company should make it a point of duty to add to its customer base on a daily basis. After getting customers, the next most important task is to satisfy such customers. There is no reason for a company executive to exult while the customer laments.

It is the responsibility of the CEO to ensure the emplacement of policies that empower the sales staff to give maximum satisfaction to the customer. If, irrespective of his level, a sales staff can take critical decisions on the spot without having to revert to the office to seek clearance, he is positioned to serve the organization well. A sales staff should be able to give reasonable concessions or replace damaged products without asking the customer to write a letter to the company. Buying decisions are often made on the spur of the moment and empowering sales staff to make on the spot decisions can go a long way in helping the customer to make decisions that would be favourable to the organization.

The ready argument against this will be the possibility of abuse of such latitude, but that is why there are rules. Any staff member that takes undue advantage of this should be dealt with in accordance with the rules governing the activities of the organization.

As part of putting in place good policies, the CEO should ensure that sales staff are given financial incentives such as sales commission or bonus. However, this should be based on the objective the company wants to achieve. While there should be a baseline for anyone that will get an incentive, exceeding targets should attract higher incentives.

It is also important that the CEO should refrain from unilaterally changing the company sales policies, such as pricing or warranties, to suit a particular customer. This impacts negatively on the company because once it gets out, others will make similar demands. The best way to handle this is to give the sales staff a band within which to operate and allow them the use of their discretion in giving concessions to customers.

Some companies kill the morale of their sales staff by giving them unrealistic sales targets. While targets should be high enough to challenge the staff in such a way that his creative instinct will come to the fore, a target should not be high to the extent of paralyzing creativity. So, the target must be moderate. What companies should do is to have a progressive scale of target increase. Instead of setting too high a target at the outset, the company can set a moderately high target and increase this as it is met by staff members.

Then, when a staff member fails to hit target what is the response of the management? How should management react to a staff member who makes 40, 50, 70 or even 80 per cent of the target set? Is showing such staff the door the appropriate step? The purpose of a target is to motivate staff to give their best; it is not an opportunity for the management to hack down its staff. Employees who fail to meet target need the support of the management in the area of training and motivation to get better. However, looking beyond staff members who consistently fail to hit targets is not a bad idea.

Give staff something to look forward to

Employees will go the extra mile to achieve company objectives if they are sure that the company also cares about them. This is not just about the assurance of payment of salaries and bonuses but a guarantee that they have a future with the company. Productivity will be on the decline if a staff member is regularly seeking openings in other organizations. While no CEO can stop staff members who want to leave the company from exercising their freedom of association, assuring staff that they can get to the peak of their careers within the organization will boost their confidence in the company and result in a spike of their productivity.

Devise means of monitoring progress on the field

CEOs are not supposed to leave sales monitoring to meetings with sales staff, reports from the Head of Sales, presentations by the Marketing Director or special marketing occasions. Sales monitoring should be a continuous exercise for a CEO who knows his onions. The CEO is ultimately responsible for the bottom line which is a function of sales, among other factors.

So, regular monitoring of sales is a vital part of a CEO’s responsibilities. Therefore, a CEO should devise means that would enable him have access to information about his company’s sales performance. This is important so that any arising problem can be promptly addressed and corrected while every prospect can also be immediately explored and appropriated.

What most CEOs do is to find ways of getting independent reports on the performance of their products and services. They compare these with reports from the sales department and plan their strategy. CEOs should take counsel in the wise saying that they should not expect what they fail to inspect. For the CEO to get the sales figures that he wants at the end of the year, he has to unwaveringly monitor sales performance every day of the year.

A CEO is his company’s premier ambassador. So, generating sales should always be part of his consideration. By the virtue of his position, a CEO can facilitate high level business opportunities for his organizations through his contacts with other CEOs. While his staff members may struggle for weeks or months to get a deal sealed, the CEO can get the same thing done in a matter of hours or even minutes. A CEO should always be able to leverage his network for the benefit of his company, albeit this should be done strategically to avoid the sales staff feeling threatened.

However, the CEO should ensure that such business relationships with other CEOs are mutually beneficial to guard against burning up his goodwill.

Chief Subomi Balogun is the founder of the First City Merchant Bank (now First City Monument Bank), a member of the First City Group. After running the bank for about 20 years, he retired from the institution. However, when former CBN governor, Professor Charles Soludo, came up with the N25billion capitalization policy for banks, the respected banker decided to come out of retirement to lead the campaign to raise the capital.

Chief Balogun, apart from running FCMB, had also been involved in helping organizations raise capital. He reasoned that if he was able to raise capital for other companies, he should be able to do so much more for his own company. Hence, his resolve to bounce back from retirement to sell the shares of his bank to investors.

Sequel to his personal involvement in the campaign, not only were the shares of the bank oversubscribed, the bank was also able to acquire Finbank, which was an amalgam of four banks.

As Balogun recalled, the bank staff were motivated to go the extra mile in raising the capital because they saw the zeal with which he was going about the campaign. While he did not doubt that the feat of raising the capital could have been achieved without him, he said his personal involvement served as the needed tonic for those involved to stop at nothing until the desired end was achieved.

When CEOs lead sales campaign, the unspoken message to staff is that selling is critical to the sustenance of the organization because that is what brings in the revenue.

That is a point that should not be lost on any category of staff.

A business is set for the moon when the CEO makes driving sales his primary concern.