How Bookmakers Are Adapting To The Coronavirus Pandemic 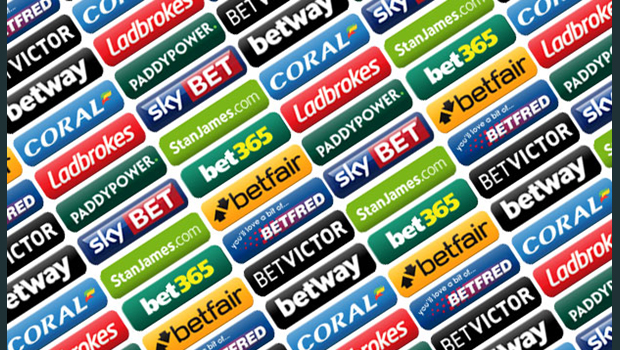 There is no aspect of the life that we all knew and loved that has been unaffected by the coronavirus pandemic. Living with the stress of this new reality that we’re facing makes the need for distractions greater than ever. However, many of the distractions that we relied upon before this crisis have been compromised by it. Sport is an obvious distraction that has been brought to a skidding halt. Most sports involve close contact and therefore breach social distancing protocol, making them unplayable. Sport as an industry is losing money and the industries that rely on sport to make their money are also consequently losing money.

One such industry is the gambling industry. Bookmakers are being forced to adapt to the post-outbreak world by promoting sports that don’t necessarily involve hard shoulders or headlocks. The most popular sports for punters, like football, have postponed action at the highest level for the foreseeable future. This has even led to UEFA pushing Euro 2020 back by a year. While you can no longer can you place a wager on the Premier League or the Champions League, there is football being played in more obscure leagues, like, until recently, the Argentine second division. Why they continued playing when the country’s top-flight had been suspended is anyone’s guess. Perhaps it is because there is a tempting gap in the market to fill. Desperate punters are suffering from football withdrawal and will tune in to any competitive football they can feast their eyes on. The Belarusian Premier League, for example,  has taken advantage of this odd situation by capturing the world’s attention. Never have so many people around the world cheered for and against Belshina Bobruisk.

These obscure examples aside, team sports have taken a back seat during this period. It is the age of the individual, the age of waving or bowing instead of shaking hands. A time for sports like ping pong to fill the void. The Setka Cup, a ping pong tournament in Russia, continues despite the carnage taking place around the globe, much to the delight of bored sports fans. Long established as an Olympic sport, there will be no ping pong in Japan this summer as the IOC reluctantly postponed the games, with a date next year looking likely. It is one of the many major events that have been compromised by the pandemic.

What the IOC could consider doing as a stop-gap would be holding the Olympics online via the magic of video games. We suspect somebody already has an esport Olympics plan for the months ahead with the online gaming market rising fast because the only barrier to staging it is a decent internet connection. One of the fastest-growing sports in the world, esports has stepped up to the plate with competitions like the FIFA QuaranTeam Tournament involving both pro gamers and pro footballers. The participation of these pro footballers, like Todd Cantwell of Norwich City, bridges the gap between the sports for new fans. Not that esports is a difficult sport to grasp seeing as online gaming is one of the most casual hobbies in the world. Now, instead of merely being a hobby, it’s turning into the closest thing to real sport available. These are truly strange times. If you’re looking to broaden your sporting horizons, check out Wincomparator for betting tips on the sport that continues to soldier on.