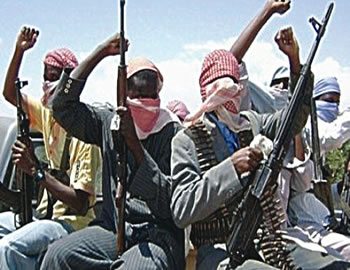 This unchallenged raid is coming a week after the insurgents launched an attack on a military formation in Gubio town before the army in the name of restrategising withdrew troops from the town to a super camp elsewhere.

Gubio which is a strategic town in northern Borno about a hundred kilometers from Maiduguri the state capital has been taken steps backward as most of the important structures and residents homes are now histories.

Confirming the incident to newsmen, in the wee hours of the night, the Caretaker Chairman of the council area, Zanna Gubio said, the insurgents came in and had their evening prayers unchallenged at about 6:30 pm before razing down houses and public structures.

The chairman who was in Maiduguri for the swearing-in Ceremony of new Commissioners said he was taken aback when he started receiving calls that his people were being attacked by Boko Haram who had taken over the headquarters of his council area.

Military sources, however, told the Nigerian Tribune said that fighter jets and helicopters were sent to chase the insurgents out of the town, long after their damage so that they do not consolidate and hold the place down by first light.