How black seed oil can lead fight against COVID-19 infection 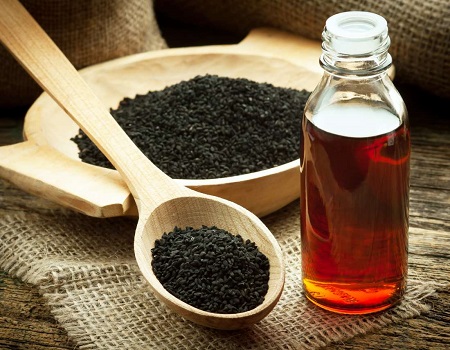 Since Oyo State Governor, Seyi Makinde triumphed over the novel coronavirus, the black seed oil has continued to generate massive positive comments across the country, lending credence to the fact that the yet-to-be-discovered final cure to the deadly respiratory virus could be lying readily within the annals of herbal/traditional medicines. The United States National Library of Medicine says, “Traditionally, the black seed is a well-known food supplement and herbal product that has a wide range of medicinal claims originating from different historical backgrounds”. In a similar vein, an Iranian journal of basic medical sciences records that, “the black seed oil has wide therapeutic effects and have been reported to have significant effects against many ailments such as skin diseases, Jaundice, gastrointestinal problems, anorexia, conjunctivitis, dyspepsia, hypertension, paralysis, cough, fever, influenza and eczema among others”.

According to a medical lab scientist, Dr Benjamin Ajufo, a specialist in herbal/ethnomedicine, “The black seed oil is a natural scientific and evidence-based medicine extracted from the seeds of Nigella Sativa, a plant native to Southwest Asia. It has been used in different ways in managing respiratory problems. The oil has also been shown in scientific studies to have antiviral properties against many viruses like H9N2 which is the influenza virus. It has also been used in the management of Hepatitis C virus.”

Ajufo stressed, “The oil has been used in the treatment of other respiratory problems such as asthma, bronchitis, pneumonia and sinusitis. The Black seed oil even has antibacterial properties, immune-modulatory effect, anti-inflammatory action and antitumor. It is a very powerful immune-booster.”

Buttressing this, Verywell Heath, a U.S-based online health resource Centre, notes that, “The black seeds oil is also used in cooking and offers a range of health benefits just as it can also be taken in capsule form, added to homemade skin-care products and also used for baking.”

Verywell Health further records that, “the black seed oil is mostly used as a remedy for conditions such as allergies, asthma, diabetes, headaches, high blood pressure, digestive disorders, and weight-loss among others.” Also known as black cumin and kalonji, the black seed oil naturally “contains antioxidant properties and shows strong antifungal activity against Candida albicans” according to Rachel Nall and Debra Rose of Healthline, a Red ventures company based in the US.

GHO stressed that “the oil contains over 100 natural compounds whose benefits have been widely proven by science for over 40 years as it eliminates toxins in lungs and intestines, reduces inflammation, allows tissue regeneration and works effectively in the respiratory, urinary and biliary tracts.”

Speaking to Nigerian Tribune, a medical lab scientist and Director, traditional, alternative and complementary medicine of the Federal Ministry of Health, Dr Emmanuel Nwusulor noted that, “Research and long term usage has shown that black seed oil a wide range of activity against pathogenic microorganisms, including bacteria, fungi and viruses. In the case of viruses, black seed oil has been able to exhibit antiviral properties by reducing viral load and increasing CD4 count in patients. The black seed oil also boosts immunity and acts as a potent antioxidant.”

Speaking further, he said, “The Black seed oil has been used to alleviate symptoms of asthma and for the treatment of respiratory infections like cold, cough, and bronchitis. The black seed oil has also been effective in reducing pain and fever. All these conditions present similar symptoms as COVID-19 infection, which calls for the use of black seed in helping to alleviate the suffering of those patients before the approved official regimen is made available.”

Asked whether local herbs can rescue Nigerians from the onslaught of the deadly virus, Nwusulor cited cases of Madagascar and Senegal that have effectively explored the solutions within their herbal medicine for the ravaging virus, saying Nigeria can as well take a cue from this as the spate of the epidemic worsens in the country. “The Madagascar Government has approved the use of local herbal formula made from a local medicinal plant, Artemisia sp. for the treatment of COVID-19 patients. Senegal has also bought a large quantity of this herbal formula from Madagascar for treatment of COVID-19 patients in the country. So, herbal remedies can be employed in the treatment of COVID-19 patients. Just like any drug or even food, some people (less than 1%) have shown slight allergic symptoms to black seed oil, such as rash, nausea, abdominal discomfort, which can easily be managed,” he added.

Corroborating Nwusulor’s viewpoint on the efficacy of herbal medicine, Ajufo noted that “Medical Pluralism is the key to overcome emerging infectious diseases and non-communicable diseases, with a foundational principle and philosophy that Nature Pharmacy is the source of quantum energy for healing.

He said, “The China experience has shown that they were able to contain and manage COVID-19 pandemic when they introduced integrative holistic medicine in their management option. They started having breakthrough when they incorporated Chinese traditional medicine into their protocol of treatment and within two days, there was a significant improvement. Their fever came down and there were improvement in their WBC and lymphocyte count. Latter they tested negative. We can really learn from this.”

Ajufo further observed that “The oldest medical system in Plant Medicine. Every living thing owes their existence based on the biosynthetic apparatus initiated by plants on their ability to produce their food from the solar energy from the sun through the process known as photosynthesis. There are a lot of phytonutrients in abundance in nature that are phytomedicine and has the ability to bring healing. If we must have a breakthrough, we must invest much on Traditional Medicine which is holistic in approach.”

“A lot of local herbs have a lot of healing properties. Plants are for our wellbeing. Local herbs have always come to the rescue. During the plague pandemic, it was the garlic known as the Russian Penicillin that was the key to the cure. Garlic was used in the healing of battle wounds of soldiers during the world wars. Garlic has both antibacterial and antiviral properties. We must amend our ways by going back to nature.”

“Combotherapy is the best form in the phytomedicine treatment protocol. Here you combine two or more herbs for better synergy. A combination therapy made from a combination of black seed extract and other antiviral herbs like basil, ginger, bitter leaf, garlic, wormwood, peppermint among others will give a better result where the plants work as an antioxidant, antiviral and immune booster in bringing total wellness. In the Chinese experience Jinhua gingam granules is a combination of 12 potent herbs which was used effectively in the treatment of COVID-19 pandemic,” he added.

May Day: APC charges workers to equip themselves with information skills during lockdown