How bandits hacked 7 children to death, kidnapped 20 others in my LG —Shiroro Council boss 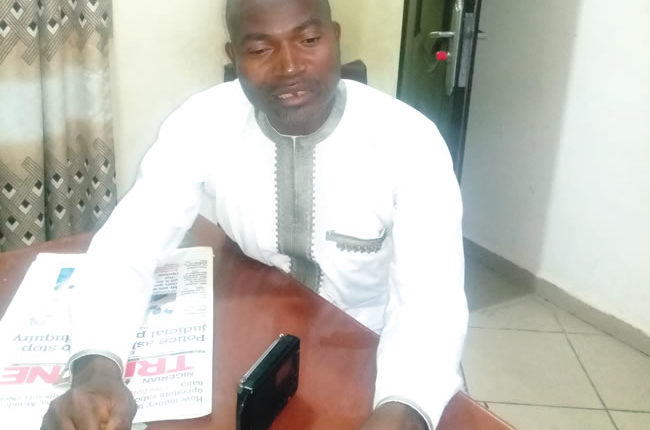 The Chairman of Shiroro Local Government Area of Niger State, Alhaji Suleiman Dauda Chukuba, in this interview by ADELOWO OLADIPO, recounts bandits attacks bedeviling the local government area, and what he has been able to do in his one year in office; local government autonomy among other issues. Excerpts:

Sir you were at the Federal Medical Centre (FMC) Bida on Monday. Can you tell us your mission there?

I went there because armed bandits attacked communities in Kahure in Shiroro Local Government and injured many people. Among those attacked was a man whose case was so serious. Bandits killed three of his children and four children of his neighbours. The man received very deep machete cuts but his wife and their new baby escaped being killed because when his wife was going to fetch water somewhere in the community on the fateful day, she took the child with her. No sooner had she left to fetch the water than the bandits came and killed almost everyone they met in the house. They left the man for dead in a pool of his blood; they thought they had killed him too. When the man was taken to the hospital, even the doctors at the Minna General Hospital could not attend to him. They had to refer him to the FMC, Bida because of the severity of his case. In view of the fact that he is from my local government, I had to go there to see how I could be of assistance to him and his family with the medical bills and so on. When I arrived at the hospital, I observed that the medical personnel at the FMC, Bida had been treating him. It behoves on us as his local government to offset his medical bills.

How much did you spend and what is the name of the injured victim?

The bill they gave us for now was just about N120,000. The name of the victim is Idris Kwaki. But Kwaki is not the name of the community that the bandits attacked. The man went to farm in Kahure community.

What can you say about the pastor that was also killed last Sunday at Chukuba by armed bandits while he was with his friend on his farm?

What are you doing about it as the chief security officer of the local government?

We have been trying to make sure that we rescue all the kidnapped people. The bandits have been communicating with the people and we have been trying our best to rescue the people in conjunction with the families of the kidnapped and the vigilante group. Since they took them to a far distance what we are arranging now is that the families with the help of the vigilantes in collaboration with security men, get them released.

When did these incidents take place?

At about 5:30am on Sunday, the bandits invaded the community, killed that pastor and kidnapped about 10 persons. On the following day, Monday, they came back and kidnapped 11 people from neighbouring communities.

How have the security challenges confronting your council area affected your administration?

In fact, since I came in as the council chairman, armed banditry has been my greatest challenge.  As a result of armed bandits’ attacks, even if I wanted to do some developmental works for the people of the council area, I always find it difficult to do this. This has been considered as the greatest challenge for me. But we are doing our best to arrest the situation and put it under control. In this regard, we have equipped our vigilante groups since we discovered that they know everywhere around the local government, even more than the security personnel. And we have been empowering them with the logistics they need to support the communities. We believe that if the state government can also come in, we would be able to come together to assist the people on protection of life and property of the citizenry.

How much have you to assist in the provision of security to stem the tide of armed banditry in Shiroro Local Government Area since December last year?

How have you been able to increase the internally-generated revenue of your Local Government in view of the insecurity problems?

It is still the same problem because armed banditry challenge pervades in the council area. For instance, if eight out of the 15 wards in the local government area are having the problem of armed banditry, definitely there would not be anything like IGR in those eight wards. Among the wards affected by the problem are Manta, Gurmana, Alawa, Erena, Garkogo, Chukuba/Kwaki and Kurebe/Kusaka respectively. If I want to renovate a primary school or embark on any developmental project, I find it very difficult to embark on it because of security challenges. So, with the challenges you can imagine there would not be markets in those affected areas and definitely one cannot be talking about generating revenue in the areas. In fact, during rainy season I could not raise more than N100,000.00 despite the fact that I have a lot of issues to attend to. May be now that we are in dry season, revenue generation in the local government may rise to about N300,000.00 or more just because of the other seven wards that are not affected by the issue of  armed bandits. So, everything is affected by the armed banditry problems. If not for this problem, honestly I have a very big plan for the local government.

However, despite the problems before the end of my tenure, I want to make sure that the local government Secretariat is renovated to my taste and in order to do that work I will need up to N80 million to N100 million because, in Niger State, I think Shiroro Local Government Council  has the biggest local government secretariat. It is the biggest local government secretariat in terms of the building. And my prayer is that before the end of my tenure I would make sure I renovate it. Already in the last one year, I have dug no fewer than 30 boreholes in the 15 wards, and my intention is to dig 75 boreholes for the people.

It has been one year that you came into office as the chairman of Shiroro Local Government Council. What would you say are some of the achievements recorded by your administration despite the security challenges?

Since I came into office the most important thing I had in mind was the issue of electricity supply in the entire local government area. And since I came in, for about one year now, my local government has been enjoying electricity supply although it is not yet 24 hours supply. On my assumption of office I had to discuss with the Abuja Electricity Distribution Company (AEDC) and the North/South Hydro Power Company, owners of Shiroro Hydro Power Company on the way forward and how my people would benefit from the electricity supply because we are the host community. They cooperated with me and they gave me that assistance and my local government has been having power supply every day since we came in. Secondly, the chairman’s office, the secretary’s office, the vice chairman’s office and the Speaker’s office and that of the leader of the councillors were renovated. The reconstruction of a bridge called Corner Lankasa is ongoing. Also, the Divisional Police Station in Erena is nearing completion. It’s the same thing about the police station in Chukuba. We have renovated the clinic in Basa Ward and we have also renovated a primary school in Allawa. We have also renovated a primary school in Manta Ward. I renovated a clinic in Sehi ward. And there was a construction of culverts in Kurebe/Kusaka wards. Internally-displaced persons (IDPs) camps in the local government are also being taken care of because we have IDP camps at Gwada, in Kuta and in Zumba areas of the local government. While taking care those in the IDP camps, we have also been paying the hospital bills of those injured by armed bandits.  These are some of the things we have been able to do since I came into office in the past one year as the Local government chairman.

How to tackle mental illness, brain-drain in Nigeria —Psychiatry expert