How African women are closing the wealth gap

Wondrous World of Women
By Dr Rufaro Mucheka On Jan 28, 2022 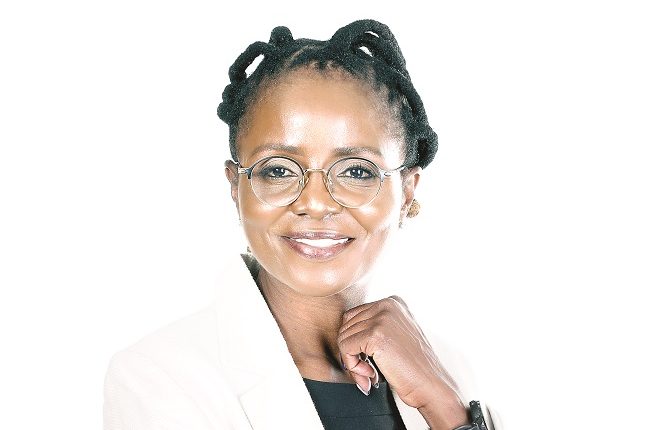 In 2000, there were just four women listed in the top 100  of the Forbes rich list, two decades later and that number is now 14. While this shows an increase, it also demonstrates just how far women still have to go in terms of creating, growing and protecting their wealth. Despite the fact that women are getting richer and the wealth gap between the sexes is narrowing, the pace is not fast enough. Forbes magazine recently calculated that all the women on their billionaires list this year are now collectively worth US$1.53 trillion. While this may be good news, many women across the globe struggle when it comes to wealth accumulation.

Interestingly, the Boston Consulting Group expect women’s wealth to outpace global wealth growth over the next several years, with the majority of private wealth changing hands in the coming decades going to women. This rising generation of matriarchs will be tasked with making long-term plans for the fortunes they inherit from the husbands they divorce or outlive, as well as those they create on their own. Despite the opportunity this presents, it is estimated that 70 per cent of women change advisors within one year of their partner passing away, largely due to lack of being involved in the financial discussions from the beginning.

For Africa’s female population, the reality of wealth accumulation means having to balance the demands of culture, and to succeed they often have to break the shackles of tradition. Not only does wealth need to be generated, but it also needs to be grown and protected which in essence happens through three revenue streams, such as:

iii) Lastly, wealth can be accumulated through career progression and climbing the corporate ladder

The difficulty is that each of these income generating streams comes with its own unique set of challenges.

The 2018 Global Entrepreneurship Index shows that African entrepreneurs are able to spot opportunities around them for starting businesses as compared to the global average, but female entrepreneurs have less access to funding, have lower self-confidence and less skills to run businesses. As for most African women, starting a business is more from necessity than voluntary.

Though there is growing understanding and embracing of wealth management practices and experts on the continent, the passing on of wealth to the next generation happens in pockets, rather than being the norm. The adoption of wealth structuring practices is happening at a low pace as regulation for such services is not consistent and still emerging in many countries. Some regulations, specifically customary laws, still favour men when it comes to land and property rights. When the husband dies, the family wealth is often passed onto his brothers, rather than his wife, who is often left to fend for herself. In some cultures, women are disinherited from family wealth when they get married.

The corporate environment has its pitfalls too. Women generally still lack the same opportunities that are presented to their male counterparts. A woman’s career path is never in a straight line; somewhere along this path, she may be required to take a break from her career – whether this be for maternal reasons to start a family, or to fill the role of carer, nurturer or even housewife. Either way, her path is often deviated, while the husband’s career continues to gather momentum.

All of these factors combined make it increasingly more difficult for women to break through the ‘glass ceiling’. Though the Forbes rich list has shown that this narrative is slowly changing and the wealth gap between men and women is beginning to close, more work needs to be done to support women as they create, grow and protect their wealth.

In late October 2021, Standard Bank announced the establishment of a foundation in Jersey to support the UN led African Women Impact Fund (AWIF). The fund aims to raise up to US$1 billion over 10 years, which will be put towards uplifting female-led asset management firms and promoting sustainable growth across the African continent. It is an initiative that aims to address the great divide between male and female fund managers; currently, only five per cent of fund managers on the African continent are women.  Supporting the economic empowerment of African women, the AWIF is an innovative initiative that highlights the continued appeal of Jersey Foundations being used for robust structures for facilitating purpose-driven, philanthropic and impact endeavours.

Jersey, as a leading international finance centre (IFC) with a global reach, has become a vital bridge between Africa and the world. On the one hand, the jurisdiction has enabled many aspiring Africans to access international markets, while also assisting investors looking for opportunities on the continent. There are also experts on hand who can provide knowledge and support structures around family governance, succession planning and the preservation of wealth. As women grow their income, it becomes important to manage that wealth. The irony is that women are often naturals when it comes to investing and ensuring the intergenerational transfer of wealth.

Nowadays, we are increasingly seeing that it is often women who lead the decision making in the household with a strong focus on family. Through this focus they often begin the process of transferring wealth onto the next generation. From setting aside money for education, to beginning the estate planning process earlier. This shows how it is important to understand how men and women differ when it comes to wealth management behaviours. Women are also more likely to associate wealth with emotional dynamics, valuing personal relationships, goals and impressions. Women, much more than men, are drawn to investments that have a positive, social or environmental impact, while research has also shown that they prefer clear, open and consistent communication.

As more girls and women are starting to get equal education opportunities with those of their male counterparts, trends are starting to emerge showing that women are more inclined to become financially literate at an earlier age, are generally less aggressive investors, and often approach risk management differently to men. They have a greater sense of community, frequently making more charitable donations, volunteering their time and investing in causes that are important to them. While forward-thinking IFCs like Jersey are important in giving women a leg-up to economic freedom, men can play their part too by creating an enabling environment. To move ahead we need to be that generation that breaks the cycle, and we can only do this through knowledge and knowing what doors need to be opened.

In spite of the huge investment in the water sector by the government and international organisations, water scarcity has grown to become a perennial nightmare for residents of Abeokuta, the Ogun State capital. This report x-rays the lives and experiences of residents in getting clean, potable and affordable water amidst the surge of COVID-19 cases in the state…How African women  How African women

The Lagos-Ibadan railway was inaugurated recently for a full paid operation by the Nigerian Railway Corporation after about a year of free test-run. Our reporter joined the train to and fro Lagos from Ibadan and tells his experience in this report…How African women  How African women

I use my artwork to inspire African girl child — female artist

Surmounting challenges as a woman my greatest achievement in creative industry —…