Nollywood actress, Biola Olaseeni Obimodede is a model, film producer, brand ambassador and wife to actor, Femi Obimodede. The mother of three, in this interview by Femi Oguntayo, talks on the challenges actresses face with acting, relationship and family. Excerpts: 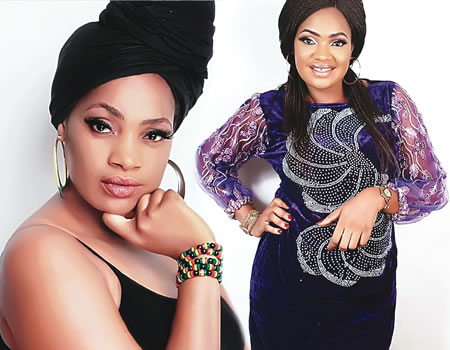 Can you tell us a few things about yourself?

I am from Ado-Ekiti, Ekiti State and I studied Business Administration at the Polytechnic Ibadan. I am married with three children and I joined the movie industry in 2009. I have successfully produced five movies and I am currently working on the sixth one, entitled ‘Cold-Hearted’. My first movie, ‘Adura Longba’ was produced in 2012, then ‘Abuse’ in 2014, third being ‘Eremode’, the fourth ‘Ota Mi Ore Mi’ and the fifth one is ‘My fantasy’, both the fourth and the fifth were produced last year and were directed by Sodunke Ayuba then, the sixth one is ‘Cold-hearted’.

How did you join the movie industry?

Actually, I was into modelling, I was not into acting at the initial stage. One day, a friend of mine called me from Ikorodu while I was in Abeokuta. He called me that they were shooting a movie in their house and they needed a tall, light-skinned girl and he said he knew that I had a passion for things like that and that I should come. So, that was how it all started, that was how I met Odunlade Adekola, who later became my boss. We acted together and since then I have been in the movie industry.

So, how did you join Odunlade’s Group?

That day I met him on set, you know he was not the one that called me. He just saw me and said, oh, you are tall, are you an actress? I said yes. Then he asked which caucus? I told him I did not have any caucus oh (Laughs). Then he asked, but you said you are an actress? I just laughed and said yes I am an actress, he then said okay and asked where I was based, I said Abeokuta. Then he said he was based in Abeokuta too that I can join his group and when I got to Abeokuta, I went straight to his office.

Were you married during this period?

What do you have to say about social media life and celebrities?

How did you meet your husband, Femi Obimodede?

We met in Abeokuta, we met on set and we have always been very good friends. I met him during a heartbreak. Then I was nursing heartbreak from my ex. Though Femi and I had been friends before then, so one thing led to the other and we started dating and got married.

Tell us about the heartbreak

The heartbreak actually happened as a result of being an actress. My ex loved everything about me and my career but his parents were complaining that actresses’ relationships do not last; that they do not have good homes and all that. I tried proving to them that I was different but they wouldn’t listen. So, they wanted me to quit acting if I was going to marry their son, but I did not really like it when people give me options like that, it looked like you want to dominate my life. So, we had to go our separate ways, though it was painful but all glory to God.

The guy allowed you to go?

Well, he valued his mother’s opinions.

It is a general belief that actresses involve in extramarital affairs with male admirers to get more money and influence, what is your take on this?

I can only speak for myself because we all have different motives before going into the movie industry. So, if anybody is going there based on the motive that I want to sleep with anybody and make money by all means and can do and undo, while some do not believe in dignity that is for them. I love my good name. I protect my dignity and I always think about my children’s future. I want them to be proud of me. I wouldn’t want to engage in anything that will jeopardise my future and who knows, I might be thinking of going into politics one of these days. So I don’t want to have a bad record.

How is life as a celebrity compared to when you were not?

That is a very huge question. As a celebrity, one has to tolerate a lot of things; you have to be extra patient because a lot of people are looking up to you. You cannot just talk anyhow, you cannot just behave anyhow, and you cannot just go anywhere. So, everything you do has to be planned and almost to perfection because you wouldn’t want people to see you as a low life person, so you just have to package yourself. I am not talking about living a fake life though.

But we have some actors and actresses who live fake lives?

I don’t do fake life because I need help (laughs). A lot of people might want to help you but because you have been pretending to be what you are not so, they will be thinking you are even bigger than they are.

What would you describe as your best moment?

It is in two ways for me, first was the day I had my first child, the day I became a mother, I was so happy because I was like, I now have one I can call my own blood and flesh you know, my joy knew no bounds. Then in my career, it was the day I travelled and I never thought people would recognise me, I was in Lagos Island. I was just going and people were like, can I have picture with you? We love your movies, we love your voice, that baby voice, you know, I felt fulfilled that day.

When was your most embarrassing moment?

It was the day one of our star actresses, I don’t want to mention her name, we should be of same age, but because she was more famous, she ridiculed me and talked to me anyhow on set. She said it in Yoruba that, “Kilode to n se bi eni tie yin fo mo ninu?” (Why are you this slotful?).

I felt so bad because I was nursing my baby at the time, so I had to attend to my baby and at the same time go back on set and all that. I was also the producer, so the pressure was so much on me. I couldn’t stand my baby crying and at the same time concentrate on set. So I was so embarrassed that as a mother, she could not reason with me, she could not understand it, but well, we give glory to God.

How do you handle male admirers who may not know you are married, or even know and still approach you?

I believe in discipline. One thing about being an actress is that, there is no way you will not have male admirers but you just have to discipline yourself and have it at the back of your mind that you will always meet someone that is richer than your husband but you can never meet a man as perfect as your husband. This is because before you get married to a man, you must have seen a lot of things in him. I know all those ‘I love you and can do this for you’ from male admirers are all lies, it is just a fairy tale. So, I don’t joke with my name and that is how I handle my male admirers.

Your words to your fans?

I appreciate their love at all time. Some of them even go extra length to look for my number and call to ask after my well-being. I appreciate all that too and I want to implore them to please keep encouraging me. They should also caution me when they think I am going astray. They should tell me.

I have chest pains