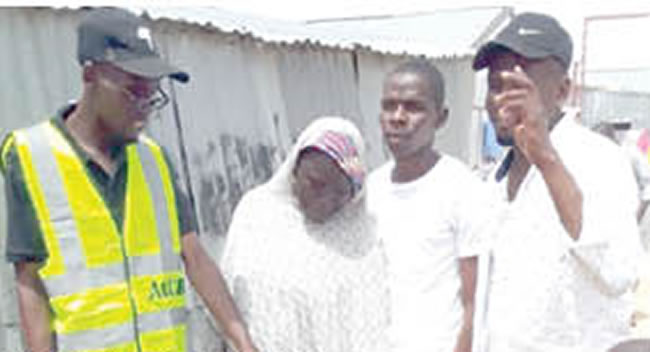 The exercise was done in partnership with a coalition of NGOs working on Environment and Climate Change, namely, Green Plantation and Environmental Action Initiative, Zulum Go Green and RahmaMonguno an individual passionate about the environment.

The need for this initiative was borne out of the deteriorating environmental challenges faced by the occupants of this IDP camp with a population of 43,920 persons displaced from Monguno, Marte, and Guzamala in the state. This camp is one of the largest in Borno State.

The programme also incorporated sensitisation on water management and sustainability.

Yana Abadam, Director of Admin representing the chairperson Borno State Emergency Management Agency (SEMA) while addressing the gathering, stated that it was difficult to find two grown trees in the entire camp and have commended the organisation for this timely intervention.

Usman Ali Busuguma, the regional director for African Climate Change Research Centre said that proper care of the trees by residents of the camp is vital for the success of the programme and to mitigate the hardship faced during the heat period.

“This is the first phase and ACCREC-Maiduguri will bring more if the progress from this one is impressive,” he stated.

In a sensitisation message, it was announced that the coalition will be organizing a summit on climate change and waste to wealth which includes plastic waste in future.