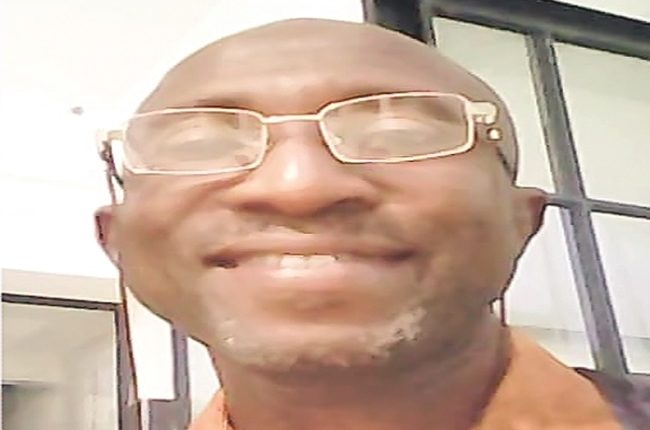 Mr Bamidele Adegboyega, the founder of Alternative Arts Friendly Initiative Network (AAFIN), in this
interview by Adewale Oshodi, speaks on the focus of the organisation and how it has been helping
children utilise their artistic talents. Excerpts:

What is AAFIN all about?

AAFIN is an acronym for Alternative Arts Friendly Initiative Network, which is an art-oriented project with a view to using the arts to facilitate and enhance teaching and learning process among young people. Specifically, it is an instrument of change to awaken the consciousness for creative art. AAFIN  is an attitude, a culture, an orientation, a philosophy, a creative ideology and a laboratory of human experience which is aimed at changing the inner perception and mindset towards positive values.

So, let me say AAFIN was formed at different levels of critical thinking; the ‘Alternative’ from alternative medicine, ‘Arts Friendly’ from child-friendly clinic and ‘Initiative Network,’ which is a project that also allows for networking.

The idea for AAFIN came about following my discovery of the low-level of critical thinking among young and older people, which is the essence of art. In my interactions, I found out that the majority of our people, especially the younger ones, are not well-equipped to use arts to solve problems. I was, thereby, moved to intentionally create plethora of values-oriented programmes inherent in a range of arts activities which provides a platform for thinking about issues and how to provide possible solutions. This further enables them to develop their own voice and to actively collaborate with different participants and audiences through variety of media, theme and context.

Since August 6, 2006 when we started, AAFIN has been piloting a creative club, AAFIN Club, to integrate student members into values inherent in social service to humanity. This has resulted into an annual art programme tagged, HeART4LiFE, with emphasis on the creative process through which the child moves towards the resolution of inner creative conflicts, provides an experience that equips and encourages pursuance of personal brand of imagination and skills needed to realise personal ambition.

Why exactly did you come up with the heART4LiFE project?

The heART4LiFE project is formed out of three significant words, heart, art and life. The ‘heart’ is the core of our being, where emotions and desires dwell, while ‘life’ is the period of existence, experiences, values and culture. The ‘art’ a device, range of processes of human creative experience and expressions through a medium, typically in a visual and performing form emanating from the heart as it perceives life. Therefore, on a broader perspective, the heART4LiFE project is a tag for the annual Children Art Exhibition Festival (CAEF), which is an assertion to critically dissect, assess and analyse our environmental facade through the children’s creative eyes. This affords children to be inspired with the theme, network with media and methods and participate in the building process of their society.

With all you have said, how has the project assisted the young ones?

AAFIN has, indeed, helped many of the participating students to find their feet, discover latent talents and direct their innate energy positively to increase self-understanding, strengthen self-concept and confidence, provide decision-making opportunities and physical coordination. If the children continue to explore, think, experiment and try new ideas, then creativity has a chance to blossom.

There is no limit to a creative mind; one good thing is that appreciating arts does not mean one will study it at the tertiary level. In fact, there is a bit of arts in everything we do. There is art in medicine, where visual artworks can be used to heal mentally-challenged patients. Architecture, engineering, education, journalism, among other disciplines also have arts infused in them, so when children discover this at their young age, it will be easier for them to follow their true calling creatively.

Since you are based in Ibadan, Oyo State, is there a way children from other states can benefit from this programme?

With diverse experiences I have had in the past, I have thought of expanding the programme to other states but met with some financial difficulties and social constraints. However, if I can get artists of like minds with whom I can collaborate or network. It can be a reality. Presently, I collaborate with the Alliance Franchais, Ibadan, which has been of tremendous support. Some of the projects we had in the past include, Leadership and Character Building, Creativity Development Skills, Myself, My Character and My Future, Poetry and Human Thought, Juvenile Deliquency, Drawing Life Out of Life Drawing, Human Values, Core Values, Cure Vices, among others and participants were able to bring out their inner thoughts which they never knew they had until they attended the programme.

FG Increases Hate Speech Fine From N500,000 To N5m
THE Federal Government has announced that its newly- unveiled reviewed Nigeria Broadcasting Code has provisions to increase the hate speech fine for people found culpable of hate speech from N500,000 to N5 million. This is as it said the amendment of the broadcasting code is boosting local content, among other provisions…How AAFIN is bringing out creativity

Another Alleged N6.2bn Palliative Fraud Hits NDDC •Official Petitions Senate, Demands Dissolution Of IMC
FEW weeks after the nation was treated to mindboggling revelations of misappropriation of N1.5 billion by the Interim Management Committee (IMC) of the Niger Delta Development Commission (NDDC), the Federal Government intervention agency is in the news again over alleged embezzlement of N6.2 billion approved for palliative by President Muhammadu Buhari…How AAFIN is bringing out creativity

Chinese Loans: $400m Project Abandoned After Completion
THE National Public Security Communication System project for which Nigeria took a $399.5million from China and has paid $76.83million as part of the principal as well as $84.92million interest has been abandoned, Nigerian Tribune can authoritatively report…How AAFIN is bringing out creativity

China’s Greek Gift To Nigeria
A report in a British tabloid in December 2006 indicated that Britain paid the final payment on a multi-billion-dollar loan it obtained in 1945 for rehabilitation, reconstruction of its infrastructure after the devastating the Second World War. According to the report, its creditors were the United States and Canada, which Britain transferred £43 million and £12 million respectively. The original loan of $4.34bn which was equivalent to £27bn as of 2006, was drawn to prevent Britain from falling into bankruptcy due to aggravated and colossal damage caused by…How AAFIN is bringing out creativity

David Luiz, Jesse Lingard, others to feature on MTV cribs

COVID-19: It’s been extremely difficult without patronage from students — Campus…