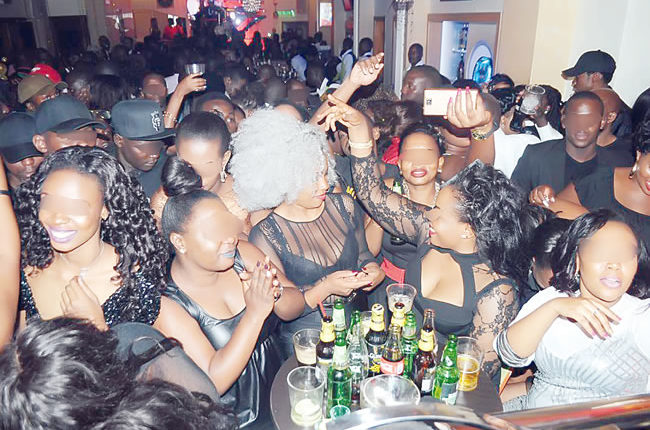 2020 is a memorable year. It has been laced with twists and turns with far-reaching implications the world over. The COVID-19 pandemic has dealt a devastating blow to businesses – from the entertainment industry to virtually all other sectors of the world’s economy, with many still struggling to recover. Some, it is said, may never survive it.

There is no gainsaying the fact that entertainment has been one of the worst hit industries, and the reason is not far-fetched: the industry has continued to give many Nigerian youths hope. For many youths, they now have an industry they can call their own. For those who love music, you only need a hit single and the story may not remain the same again.

Findings revealed many celebrities live on shows, public appearances and endorsements, and with these now threatened, many of them have had to devise new means of survival, different from their regular livelihoods.

As things took a turn for the worse for the music industry with many big names in the game struggling to cope with life without shows and public appearances, it was not long before they started lamenting the dwindling fortune.

“For me, 2020 has been a rugged year. We have witnessed a change in the world order – businesses, health, security, sports, etc. The year has been defined by the pandemic. The COVID-19 scourge has shaped decisions and policies. It is a tough year in which we are all striving to survive,” said a club patron who didn’t want his name mentioned.

However, life appears to be returning to normal even as with second wave of the disease. Many have now resorted to organising house parties to escape the COVID-19 protocols.

Actress Funke Akindele Jenifa grabbed the headlines during the pandemic when she was arrested by the Lagos State government and was promptly charged to court. She had staged a house party during the lockdown and contravened the state’s protocol of social distancing as a means to control the spread of the coronavirus.

Saturday Tribune investigation revealed that Akindele was not the only one that broke the law, many house parties took place in Lagos during the lockdown and the parties didn’t end there. A new trend had been set, thanks to the pandemic. Many people now enjoy the house parties more than they do nightclubs, and just like the pandemic, it is a new thing that is not ready to go away. In fact, it is gradually taking over nightlife.

From Lagos and Abuja to Ibadan, Kaduna, Benin, Owerri and Osogbo, youths are now hooked on house parties. It is a new way to endless fun, a way of avoiding attraction.

Kabiru Biobaku, a resident of Ibadan, in an interview, said: “I attended more than 20 house parties during the lockdown. Yes! Here in Ibadan. When others were fighting covid, we were just enjoying ourselves.”

A house party in a choice area in any city costs no less than N1 million to host. The apartment, security, drinks, music, hype men and strippers are the necessary ingredients that make a house party worthwhile. A house party without strippers and drugs is hardly considered as ‘hot’. The two items top the list. A house party location is usually unknown until a few hours to the event. The reason is simple: to ward off intruders. A Google map description is sent to the guests with a coded pass.

Michael Okafor, a 32-year-old engineer, told Saturday Tribune that he preferred house parties to regular clubs for security reasons. He said: ‘I stopped going to nightclubs the day I was arrested and paraded with Yahoo boys. In Ibadan, once they notice that you are well dressed and have money to spend in a club, you would be arrested. I have attended about 10 house parties. I enjoyed myself and there were no security operatives or thugs to accuse me of being a Yahoo boy or harass me.”

A club manager who gave his name simply as Ahmed lamented the blow dealt the entertainment sector during the lockdown and the challenges nightclubs are facing to win back their patrons. He said: “We are all aware of the house parties. We even planned some during the lockdown because we were just out of business. You know why it is happening now? A lot us don’t allow drugs and marijuana around our clubs, and this is about the main thing now. It is sad.”

A disc jockey, DJ Gavpop, shared a similar opinion as to why people are choosing house parties over nightclubs. He said: ‘People enjoy house parties more than clubs now. Clubs calendar are mostly clumsy. They want to have raves from Monday to Friday. People are tired but house parties come occasionally.”

The convener of Beard Gang Inc., AkintayoAkinade, expressed the belief that people were tired of experiencing the same events and settings over and over again. According to him, the edge house party has is the unlimited freedom in conduct and dressing which is hardly enjoyed in clubs. He hinted that he now organises what is called “Green House Party” which is structured as a quarterly event and which costs him months of planning and money. He claimed to spend about N2 million on his house party.

In the view of Olamide Ojo-Philips, an events planner and chief executive of Sapphire, a house party is quite profitable. She said: “A house party is the new norm for relaxation and partying. It is like a mobile club that can be moved from one location to another with the mission of satisfying customers from all around town with unique vibes and feeling.”

A club owner in Lagos, Jackson Ude, shared a different view. He said house parties became popular because of the restrictions occasioned by the COVID-19 lockdowns. He expressed the belief that fun lovers would go back to their usual hangouts as soon as coronavirus is totally defeated.

In Abuja, house partying is said to have taken a new dimension. It is usually planned by rich kids who make it a strictly all-friends affair.

An undergraduate of the University of Abuja, Sodik, put the cost of planning a “solid” house party at N5 million. Sodik disclosed that a WhatsApp group is usually created where the members are levied with a deadline for payment set. Failure to pay the fee attracts a removal from the group. He said the cost of renting an apartment (preferable a soundproof house), the strippers, alcohol, drugs and music take the bulk of the money. Sodik, while sharing his experience as a regular house party planner, revealed the steps to plan an “epic” house party: “Perfect your guest list. You can’t party all by yourself, so the first step on the road to an epic house party is to work on your guest list. Lie about the start time. Pick a theme. Make a party playlist. Don’t get totally wasted. Make introductions. Lock doors. Plan your exit strategy.”

According to him, the fun is not limited to the young as he is engaged by older men, the rich and the famous in Abuja to plan their house parties.

He said the trick is a simple one: “Fill the house with pretty girls and alcohol. I get well paid, and everybody is happy.”

Why you must avoid excessive drinking during the pandemic