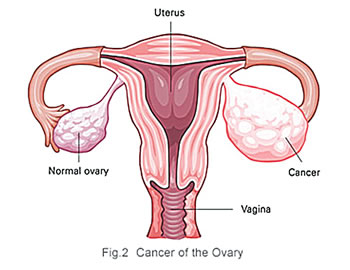 Pfizer Inc and German drugmaker Merck KGaA on Wednesday said they had begun a late-stage trial of their immuno-oncology drug avelumab in combination with standard treatment for ovarian cancer, Reuters reported.

The 950-patient study will enroll patients with advanced ovarian cancer who have not previously been treated for the disease, which is diagnosed annually in almost 23,000 American women and has a high mortality rate.

Avelumab is a so-called checkpoint inhibitor, which works by taking the brakes off the immune system.

“The hope is that avelumab can change the natural history of the disease and potentially take the survival rate beyond the current five-year estimate,” Alise Reicin, a senior research executive at Merck KGaA said in a statement.

Rival drugmakers Bristol-Myers Squibb Co and Merck & Co are developing similar checkpoint inhibitors for a range of cancers, but have not yet tested them alongside standard treatments in large trials of patients with previously untreated ovarian cancer.

In one small early-stage study of Merck’s Keytruda, tumor shrinkage was seen in 11.5 percent of patients with ovarian cancer, without significant safety issues. Ovarian tumors shrank by 15 percent among patients taking Bristol-Myers’ Opdivo in a small trial.

Two weeks ago, United States based Tesaro Inc said its experimental ovarian cancer drug niraparib met the main goal of prolonging survival in patients, without the disease worsening, in a late-stage trial, sending its shares to a record high.

The Waltham, Massachusetts-based company’s shares more than doubled to $77.

About 22,000 women are diagnosed with ovarian cancer in the United States every year, and nearly 80 percent are diagnosed after it has progressed to a severe stage.

The trial which enrolled more than 500 patients, included subjects some of whom had a BRCA gene mutation. BRCA is a tumor suppressing gene, and ovarian cancer patients who carry this mutation are more treatable as they respond better to chemotherapy.

Analysts said the data increased the probability of niraparib being used as a first-line treatment for ovarian cancer and BRCA-related breast cancer.

“The data was even better than our bullish expectations,” Mizuho Securities analyst Eric Criscuolo said.

The results had a positive read-through to Clovis Oncology Inc, which is developing a similar drug. Clovis shares were up 19 percent in morning trading.

Shares of Myriad Genetics Inc also rose 7.3 percent. The diagnostic company makes a test, which was used to recruit patients into Tesaro’s trial.

In patients with BRCA mutation, progression-free survival for those treated with niraparib was 21 months, compared to 5.5 months for those on a placebo.

In patients without the BRCA mutation, who are relatively more difficult to treat, the progression free survival was 9.3 months compared to 3.9 months, for those on placebo.

Drug use in pregnancy: what’s safe, what’s not