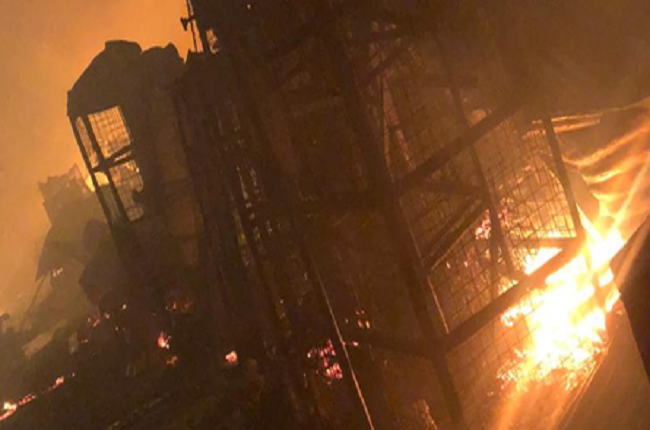 Hoodlums, according to social media accounts, have set the Nigeria Ports Authority (NPA) office in Marina on fire over the #EndSARS protest that is currently ravaging the country.

Efforts to confirm this from NPA Spokesman, Adams Jatto proved abortive as calls made to his mobile phones were not responded to as at the time of filling in this report.

However, a staff of the NPA who didn’t want his name in print said men of the fire service of the agency are battling to put the situation under control.

“Our fire service department is battling to put the situation under control. I have not been able to get to the office due to the curfew, but the videos of the burning have been trending on social media all day,” the NPA staff told the Tribune Online.