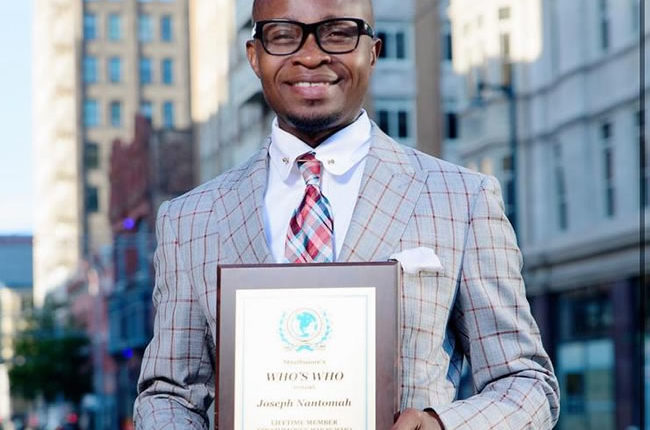 Nigerian-born Project Management expert, Joseph James Nantomah, popularly known as, The Black Mentor, is fast-emerging one of the West African nation’s rising stars on American business and political landscape helping to change the perception of the country.

Nantomah’s contributions has not gone unnoticed as he was honoured by President Donald Trump on September 9 on the President Honours Roll for the Republican Party.

The serial investor and philanthropist also earned a place on who is who professionals and who is who in America roll calls, respectively. His achievements have been inspired by his entrepreneurship drive that sees him run up to 13 businesses as a key contributor to the American economy through job employment.

The Black Mentor has also left his footprint as a campaign member for Governor Scott Walker of Wisconsin before he was tapped as Republican national planning committee member helping President Donald Trump to seek reelection come November 23, 2020.

Speaking about his experience, the political strategist said: “I feel humbled to have been a campaign member in 2018 for the then Governor of Wisconsin, Governor Scott Walker who found me and brought into the limelight of American Politics. The exposure gave me a firm grasp of how the two major parties see things from their perspectives.

He said: “Just like any black man in America, I had the challenges of fitting into the society and finding my feet as I had moved here with my family but I had one thing working for me which was my mindset. I had issues of peer pressure, people wanting me to be normal and do things the way they all did it. I had never been a 9 – 5 person but as a businessman my whole life, a lot of people did not understand my reason for looking at setting up a business instead of doing a 9-5. I hope people can learn from my experience.”

The Black Mentor credited United States Vice President, Mike Pence for firing up his desire to give back which led to launch of Prosperity for Africa, his modest philanthropic initiative. At the thick of the impact of COVID 19 lockdown, he disclosed that his foundation was able to feed 25,000 persons and aided Medium and Small Medium Enterprises (MSMEs) with grants across Africa.

“In 2018 when I met the Vice President of the United States, Mike Pence he sold me the American Dream. He said to me, ‘the American Dream is for people to come here, work hard and always give back’. This made me set up Prosperity of Africa, a non-profit in 2019 and during the pandemic we fed 25,000 Africans in Nigeria, Ghana and Uganda.”