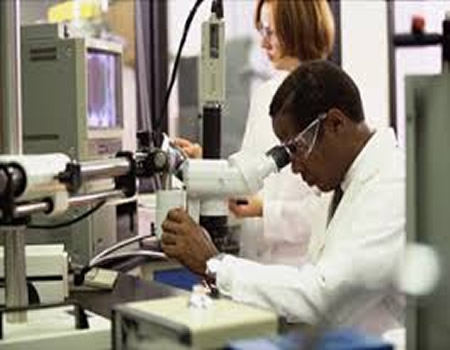 Federal Medical Centre (FMC) Jalingo on Wednesday said the lack of biomedical engineers for maintenance of infant diagnosis machine was threatening HIV detection in children in Taraba and Adamawa states.

Mr Usman Abdurrashid, the Head of Early Infant Diagnosis (EID) Laboratory at the medical centre made the disclosure during a media tour organised by National Agency for the Control of AIDS (NACA) in Jalingo.

According to him, the Cobas Ampli Prep machine is the only machine at FMC Jalingo that provides HIV detection on infants and viral testing in Taraba and Adamawa states and some parts of Benue.

He said “the machine was installed in February 2015 by Family Health International (FHI); it runs tests on more than 300 samples in a week and over 16,000 tests annually.”

He added that contract for servicing of the machine had not been formalised at the moment due to logistic issues, stressing that the machine was due for service since Feb 21, 2017.

He warned that the automated machine would stop working when it got to certain level without maintenance.

According to him, it is difficult to test HIV on infants, noting, however, that the Cobas Ampli Prep machine can accurately tell the volume of HIV in the body of an infant and state the viral load count in an adult.

He said that the delay in supplying reagent and commodities also affect HIV detection in infants and viral load testing in adults.

He added that the delay also lead to another delay in getting results and extra logistics for preserving the samples, pending the availability of the reagents.

He urged relevant stakeholders to adopt modalities that would ensure that the machine was kept functional for better HIV/AIDS response.