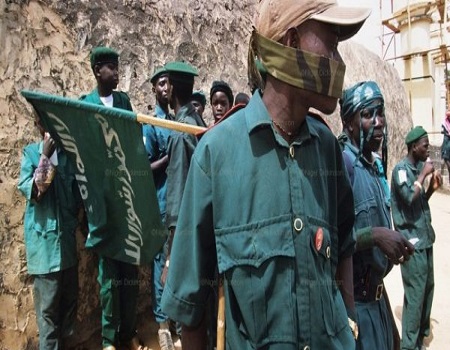 Hisbah, the Sharia law enforcement agency in Jigawa, said it had destroyed no fewer than 588 confiscated bottles of beer in Ringim Local Government Area of the state.

Malam Ibrahim Dahiru, the State Commandant of Hisbah, told the News Agency of Nigeria (NAN) in Dutse on Sunday that the beer was destroyed on Aug. 20.

Dahiru said that the beer was confiscated in Tudun Babaye village, Ringim LGA, during a raid in Gujungu, Kijawal and Wadugur villages in Ringim and Taura Local Government Areas.

He emphasized that consumption of beer was prohibited in all parts of the state, including villages.

The commandant assured that the Hisbah would not relent in its fight against immoral acts, including consumption of alcohol in the state.

Dahiru further advised residents to desist from engaging in vices capable of destroying the society.

North May Back Atiku In 2023 — Yakassai •Says APC should pick Southerner as presidential candidate •‘Tinubu better than Buhari who has no plan’
IF former vice president, Atiku Abubakar, contests for the presidency in the next general election in 2023, the majority of the votes from the North will go to him, elder statesman and politician, Alhaji Tanko Yakassai, has said. Yakassai, a former Liaison Officer to former President Shehu Shagari, described both Abubakar and former Lagos State governor, Senator Bola Tinubu, as potential 2023 presidential contenders…Sharia law enforcer Sharia law enforcer

‘I Lived As A Beggar. I Begged To Eat, I Begged To Wear Clothes, I Even Begged To Put My Head Under A Roof’
EMMANUELLA Udeh had just finished peeling melon inside the one-storey building she lives in when Saturday Tribune called. Surrounded by a calm environment in Emene, Enugu East Local Government Area of Enugu State, the 39-year-old paraplegic recounted her experience since she was disengaged as a beneficiary of N-Power, a scheme set up by the Federal Government to address the issues of youth unemployment and…Sharia law enforcerSharia law enforcer