•Sets up new Primary and Appeal Committee for Edo election 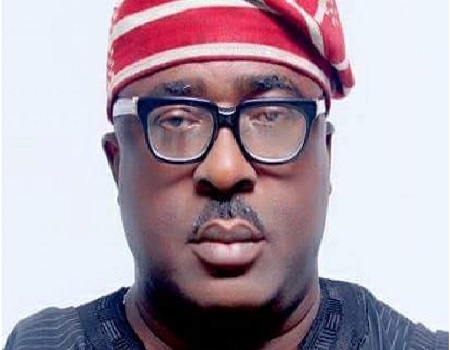 The ruling political party, All Progressives Congress (APC), may be heading to a crisis of leadership following the exit of its former chairman, Comrade Adams Oshiomhole.

Two members of the National working committee are holding unto the office as Acting chairman, each with his measured strength of supporters from the 20 member National Working Committee.

The crack in the National working Committee manifested in Wednesday as Former Governor of Oyo State, Senator Abiola Ajimobi was announced by the party in Wednesday as the Acting Chairman.

Members of the party were still processing the development when the Deputy National Secretary of the Party, Victor Giadom, bypassed all other higher offices of the NWC to announce himself the Chairman of the party flagging the Court Order of March 16 in the suit FCT/HC/M/6447/2020 by Hon. Justice S.U. Nature.

Amidst the claim and counterclaim, to the office of the Chairman, Twelve members of the National working committee filed behind the former Oyo State Governor affirming his new status as the Acting Chairman of the All Progressives Congress.

The fifteen man committee comprised of 12 physically present and three others virtually access maintained that the NWC stands with Abiola Ajimobi as its Chairman.

However, in his absence following his health challenge, the NWC has nominated the National Vice Chairman of the (South-South) Hilliard Eta as it’s Ag. Chairman pending the recovery of the Senator Ajimobi who enjoys the support of majority member of the NWC

National Vice Chairman South-South, Hilliard Eta who spoke on behalf of the NWC while being flanked by other members said Giadom has no right of claim to membership of the National Working Committee.

According to him, Giadom had resigned his membership of the National Working Committee to contest as the deputy Governor of Rivers State in the 2019 guber elections and has not reapplied for the office of the deputy national secretary which is now open to the South-South region to fill.

The new Ag. Chairman of the party said this was the resolution of the National Working Committee’s meeting of Wednesday 17th June 2020 done in line with the constitutional remedy on the matter.

Hilliard led the national working committee of the All Progressives Congress also in its resolution constituted two committees on the controversial Edo State governorship election.

His words: The meeting was properly attended, in attendance we had 15 members of the NWC out of 21.

“The NWC resolved as follows. We are aware of the court order of yesterday and in dealing with the matter we have resorted strictly to the Constitution of APC, because the Constitution is intended to deal with matters such as this.

” And in his absence, as also enshrined in our constitution, the National Vice-chairman of the party from the zone of which the national hails from and in this case, the South-south acts on behalf of Ajimobi.

“The party is running on a comeback. The Constitution of the party envisages that from time to time we will have this kind of circumstances, and because this is so, the Constitution provides us with remedies

“And following the ongoing Edo State primaries of the party, the NWC has constituted a seven-man election panel for the Edo primary elections that is scheduled to hold on the 22nd of June 2020.

“The NWC also noted order that was delivered in Port Harcourt in respect of the Rivers State executive committee of our party, the NWC is aware of the fact that the court agreed that Hon. Igo Aguma should hold the caretaker committee in Rivers State and the NWC as obliged and would obey that court order.

” We will all make plans in due time to have the Congress of our party from the Ward culminating at the state level in Rivers State.

“It is also noted that Chief Victor Giadom had resigned to contest as Deputy Governor of the party in the last election and that the party has no recollection that the South-south zone of the party had represented him.

“Therefore the NWC has now asked the South-south of the party to present a member of the party to fill this position,” Hilliard stated at the press conference at the Secretariat.

He called on aggrieved members of the party not to leave but remain within the fold as he emphasized that the days of selective obedience to the court order and other acts of impunity by an individual was over.

“I bring to your notice that on the 16th of March 2020, Hon Justice S.U. Bature in suit no FCT/HC/M/6447/2020 had ordered that, with the earlier suspension of Comrade Adams Aliyu Oshiomohle, I Chief. Hon Victor Giadom should act as National Chairman of our great party.

“That Order could not be immediately effected at that time because of the temporary reprieve Adams Oshiomohle got from the Court of Appeal on the same date. However, having removed the temporary reprieve yesterday by the Court of Appeal and considering the fact that we cannot allow for a vacuum, I most humbly inform you that I have assumed office as Acting National Chairman of our great party in compliance with the order of the court.

I, therefore, most humbly solicit the support of the entire leadership and members of our great party in achieving this very important responsibility. I want to assure all party members that the All Progressives Congress will obey court orders/judgements as to bring sanity to our great party. Time for selective compliance of Court Orders and judgements is over.

“Our party, the All Progressives Congress, will no longer allow local quests for the control of power to influence our decisions. As your Acting National Chairman and presiding officer in the NWC, we, therefore, cancel the decision of the Screening and Appeal Committees of the former Chairman of the party on the Edo primaries. This is in strict compliance with the provisions of the Constitution of the Federal Republic of Nigeria that forbids anyone who is interested in a cause to be a judge in that same cause.

“It is a brazen rape on the Rule of Law and the Constitution of the Federal Republic of Nigeria for the former Chairman, Comrade Adams Oshiomohle to preside and select Committees in respect to the Governorship primaries in Edo State being a key player in the crisis in that State.

“Whatever role the former Chairman was given to play in that process by the APC constitution, it cannot override the provisions of the Constitution of the Federal Republic of Nigeria which governs all of us.

“We, therefore, ask all Aspirants in the Governorship Primaries to report for fresh screening between today and tomorrow. I call on all aspirants to remain in the All Progressives Congress as we guarantee fairness and justice to all concerned. The schedule and time for each aspirant shall be communicated.