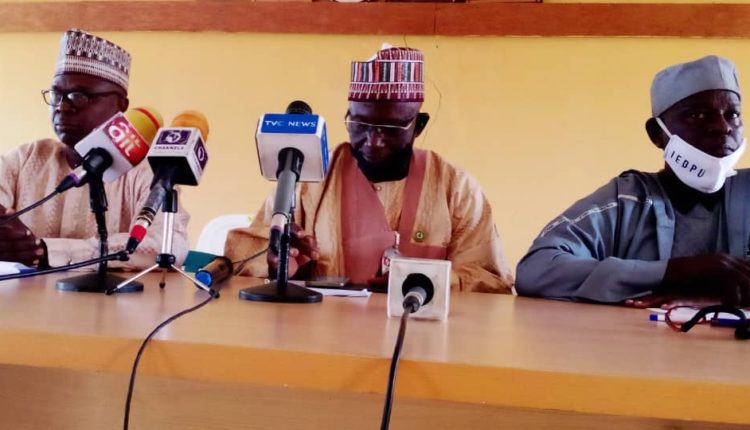 Indigenes of Ilorin, Kwara state, under the aegis of the Ilorin Emirate Descendants Progressive Union (IEDPU) have urged President Muhammadu Buhari to intervene in the hijab crisis rocking the state.

Speaking with journalists in Ilorin on Saturday, president of the IEDPU, Alhaji Aliyu Otta Uthman, said that the union, had initially, in its characteristic manner of non-interference in governmental decisions, elected to be silent on the issue of hijab-wearing by female Muslim students in the state as the state government was working round the clock to resolve the complaints of some Christians  on the issue.

“However, the recent actions by the founders of the acquired schools  showed that the current agitation must have been masterminded by individuals or groups who do not  wish the state well. Hijab for willing Muslim girls should not be the basis for the current crisis,” he said.

“To us, we do not see any reason(s) why Muslim pupils who are willing to put on the hijab along with their uniforms should be denied such fundamental right to manifest their religious leaning in public schools as guaranteed by the Nigerian Constitution.

“We are very much aware of the constitutional rights of Nigerian citizens to pursue and practice any faith of their choice and to conduct themselves in accordance with the tenets of such religion.

“The decision of an Ilorin High Court and the subsisting judgment of the Court of Appeal affirming the right of the Muslim girl-child and indeed any Muslim female to adorn the hijab in any public place in the country as entrenched in the Constitution of the Federal Republic of Nigeria are also in public domain.”

Uthman, who raised many issues concerning the Christians’ resistance of hijab wearing by the female Muslim students said: “We have noted with grave concern the threat of violence by some of the demonstrators. If such individuals could resist a legitimately issued directive of the constituted authorities, and deliberately take the law unto their hands, one gets more worried about the safety of life and property in the community.”

’We are coming with security personnel,’ LG chairman warns owners of illegal structures in Warri