• Upsurge of unqualified technicians due to lack of training ― Experts 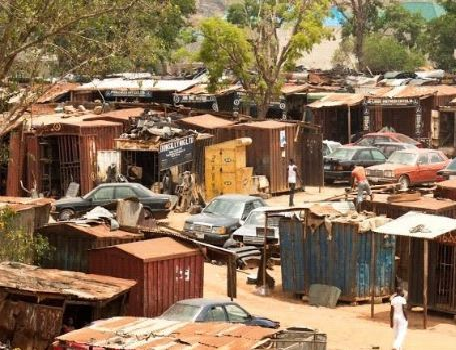 Many vehicle owners in Nigeria, particularly those using second-hand cars popularly as Tokunbo, have suffered in one way or the other in the hands of automobile mechanics, who oftentimes do trial and error as a way of finding the cause of vehicles malfunction.

A lot of people are made to go the mechanic site many times because of a particular fault that is causing the car to malfunction, for instance, Noel Onoja, an Uber driver told Tribune Online that when he was driving Toyota Corolla, first bank model, after a while “I notice that the car was consuming more fuel than usual so I visited the mechanic site.

“My Panel Beater referred me to a mechanic, who after checking the car, told me that my airflow meter was the cause, he told me the part was sold for N5, 000, I gave him the money, he went bought the part and fix it, after he had finished, the car was still bringing out the black smoke that I was initially experiencing.

“I complained but the mechanic told me that the smoke will eventually fade away, that I needed to drive the car a long distance. Ok, I accepted, do I have an alternative, he is the mechanic, I drove off.  A day later, the smoke was still much, I went back to the mechanic, and I told him to check the car that the smoke had not seized days later. After examining the car, he said I needed to change the nozzle, that it was the part that was not good that was causing the black smoke come out from the car exhaust.

“How much do they sell it? N6, 000 he replied, ok I accepted, gave him the money for the nozzle, so he fix another nozzle (Belgium as they would refer to durable vehicle parts) still, the black smoke refused to away. Again,  he told me to drive a long distance, that smoke will disappear after some time but the smoke did not disappear,” he lamented.

He continued that “so I went back to the mechanic, well by the end of the day, he told me I needed to change the brain box of the car. By this time I was sure he was doing trial and error because he did not have the tools to diagnose the car electronically to know where the fault was coming from, so he relied on guess work.”

Explaining the dangers of not regularly training the technicians in the automobile industry, an assistant sales manager with Hyundai Motors Nigeria Ltd, Afolabi Campbell, said the government was not doing enough to train and retrain roadside mechanics.

“Most of these guys do trial and error because they are not experienced, they do not have the equipment for accurate diagnosis. There is need for government to train and empower the roadside mechanic,” he stated.

Tribune Online investigations reveals that seven (7) out of ten (10) car owners in the country have suffered in the hands of a mechanic or an electrician.  For Timothy Raphael, a residence of Apo FCT, the story is even worse because his car did not survive the menace of Trial and Error.

“My car was jerking so I took the vehicle to the mechanic site, I called on an electrician and explained the signals of the car malfunction to him. The electrician in the process of attempting to find the fault loosened the fan belt and forgot to tie the fan belt back after claiming to have fixed the problem.

“I didn’t know and because the car (Peugeot 407) is a thermo start (meaning the fan of the car will start working when the engine of the car gets hot) so it was the next day that I discovered and by this time the car had started doing overheating,  so I headed back to the mechanic.

“When I got there, the top gasket was condemned, and the real problem started, for three consecutive times, we changed the top gasket. By the time they were changing the third one, my car engine had become weak due to frequent overheating as a result of faulty gasket,” Timothy lamented.

“At the end of the day, the car engine was gone and I have to park the car and look for money to buy a new engine. For months now I am without a car, I need close to N300, 000 to get a new engine and put the car on the road again,” he explained.

Raphael is just one of the many vehicle owners in the country who have parked their cars because of a mistake caused by an unequipped mechanic or electrician.  Wilson Levi, a Professional in the media industry, narrates his ordeal in the hands of a mechanic.

“I used to drive a Kia Optima, I went to the mechanic because of a simple fault and the mechanic ended up condemning my radiator. From there, I ended up with a condemned engine, and now I am have been told that I will have to buy a new engine which cost up to N500, 000.”

He further lamented that the car had eaten up his finances, “since this car stared developing little faults, mechanics have sucked me dried, from one issue to another. I don’t know whether wickedness or lack of knowledge is, they kept trembling and collecting my money.

“The thing is that, was I even supposed to patronise the roadside mechanics? The problem with this country’s automobile industry is the huge gap of manpower. We have Kia auto centre here in Abuja but the place is very expensive and just not affordable,” he exclaimed.

Currently, Wilson is without a car and requires over N500, 000 to fix it as they would usually refer to putting a faulty car in order in Nigeria.

The Director-General of the ITF, Sir Joseph Ari, recently called for collaborations at the state and local government levels for effective training of youths in technical skills in as a means of equipping the technical area of the country’s industrial sector.

He acknowledged that the number of youths the Fund was training was just a fracture of what needed to be done.

Although, National Automotive Design and Development Council (NADDC) said months ago that the Agency was setting up Mechanic villages for the training of mechanic in all the six (6) geo- people zones of the country but up till now, nothing tangible has been heard about the project.